The Legacy of a Leader, Father, and Friend

The Legacy of a Leader, Father, and Friend: A Sit Down with Martin Luther King, III 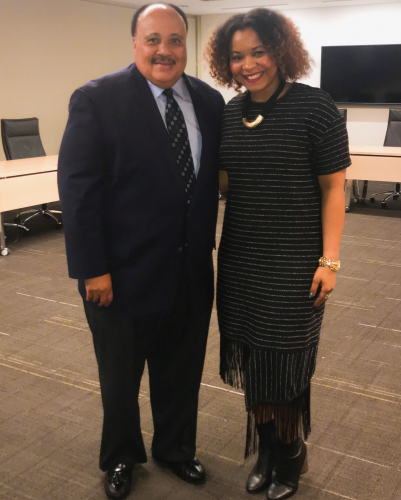 This year, the world will commemorate 50 years since the life of Dr. Martin Luther King, Jr. was tragically cut short. By the age of 39, Dr. King had successfully spearheaded a movement marked by freedom, justice, equality, and nonviolence that lit a fire under Americans of all colors and creeds. His dream for this nation was progress—progressing from the unjust laws and practices that disrupted lives and families of color, including his own. On April 4, 1968, when a gunman took his life at the Lorraine Motel in Memphis, Tennessee, the world mourned the loss of a leader. Today, we mourn the loss of a unifier in a time of great division. But for the King family, their loss was an intimate one and still is today. They didn’t just lose Dr. King; no, they lost Daddy. They lost a husband, a son, a provider, and a friend. As we commemorate 50 years since the assassination of a hero, let’s also honor the King family and the strength they’ve exhibited as they work to uphold his legacy.

On February 18, 2018, Urban Views had the privilege of sitting down with Martin Luther King, III during his visit to Virginia Commonwealth University. His powerful keynote and Q&A, moderated by Mayor Levar Stoney, addressed topics including gun violence, mental health, and police reform, and his diagnosis of where we stand as a nation and where we have potential to go was crystal clear. On Monday, February 19, he spent President’s Day in Richmond Public Schools reading his children’s book, My Daddy, Dr. Martin Luther King, Jr. It’s that very title that inspired us to use our time to get to know Dr. King on a more intimate level. Sure, there’s the MLK we research online and in text, but who is MLK the “Daddy”?

“He was just Dad to us,” recalls Mr. King with a smile. Though just ten years old when his father was killed, Mr. King vividly remembers the man behind the marches and demonstrations. He was the simple, loving father who put his children on top of the refrigerator and let them jump into his arms.

“He was always on the road, so what was important for all of us was the quality of time spent, because he didn’t have a large quantity. When we started competing in organized sports, Dad wasn’t able to come to our football, soccer, or basketball games, but he’d always play with us when he’d come home. Many days he’d come home from the office or out of town, and we’d be in the front yard playing. He’d jump right in and join the game.”

When he wasn’t playing in the front yard, Dr. King brought his children along to the local YMCA, where he’d spend hours swimming and getting a massage. That was his primary form of exercise, so of course, he taught his children to swim during the weeks spent regularly visiting the gym. But perhaps the most glaring example of the type of father Dr. King was came in the early 60s, when his children decided they wanted to visit the amusement park they’d pass during car rides to and from the airport.

“There was an amusement park called FunTown, and we’d drive by every time we took Dad to the airport, which seemed like every day,” recounts Mr. King. “It was difficult to see kids eating cotton candy and riding the roller coasters, bumper cars, and Ferris wheel, but as Black children, we weren’t allowed to go. Every time we asked our mom, she’d say, ‘Your dad’s working on that.’”

And he did. Around 1963, the King family visited FunTown for the first time, an occasion so joyous the children forgot they were once banned from ever entering. Dr. King stayed with his children every step of the way, enjoying every rollercoaster in the park. 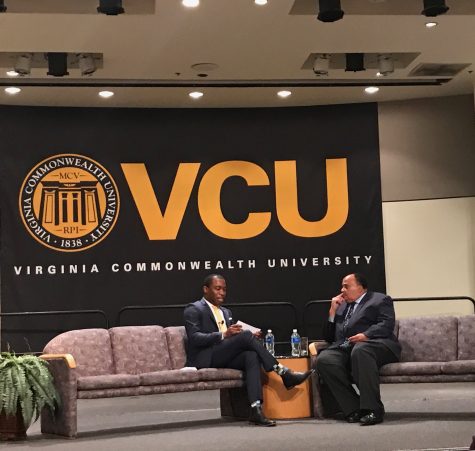 “Dad loved to ride all the rides,” Mr. King laughs. “There was one ride he called the ‘Faith Machine’ because it took great faith to get on it.”

To innocent children shielded from the gravity of Civil Rights struggles, admission into FunTown was the ultimate victory for desegregation efforts.

“It was the most wonderful experience of my life,” beams Mr. King.

His father’s commitment to global equality never eclipsed his commitment to developing conscious young citizens. On Saturdays he’d return home and prepare his sermon for the next day, and on Sundays, his wife, Coretta Scott King, made breakfast, prayed, and had each child recite their Bible verses. Each breakfast ended with meaningful dialogue about common issues Dr. King was engaged in, such as voting rights and desegregation.

Such discussions were necessary; yes, the King children needed to understand why Daddy spent so many nights away from home, but they also needed context behind the vitriol spewed over telephone lines.

“My mom did an excellent job of shielding us as well as she could,” he remembers of Mrs. King. “From time to time, one of us would pick up the phone and brutal voices would say things like, ‘You niggers get out of town.’ We had all types of calls, but in general, we were shielded.”

In fact, the naive King children knew so little about their father’s prominence that they’d play on the phone when strangers from a mysterious “White House” called their home. Despite how brutal conditions remained outside their doors, and despite how difficult the road remained for Dr. King and his team, Mrs. King made it her mission to protect her children’s innocence at all costs.

On April 4, 1968, that protective shield shattered, and life as the King family knew it would be forever changed. While watching TV one evening, Mr. King and his siblings learned that their father had just been shot.

“One of the greatest traumatic experiences I had was in ’68 when Dad was killed,” he says somberly. “It came across the news: MLK Has Just Been Shot. We were panicked, and ran to my parents’ room to see what was going on. My mom received a call from [Andrew] Young and Jesse Jackson; they said, ‘It’s bad; you might want to come here,’ so she was preparing to go to Memphis. When she got to the airport, the Mayor of Atlanta approached her, and she knew that whatever he was coming to share wasn’t positive. He told her that my father had passed.”

Mrs. King returned home to her children and comforted them with words that remain forever engraved in Mr. King’s memory. 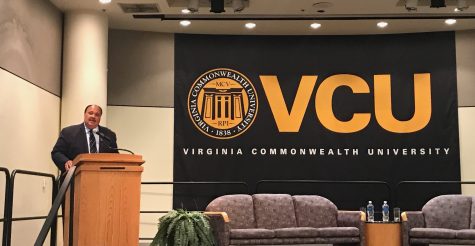 “Your father has gone home to live with God,” she explained with strength in her voice. “When servants of God serve him like your father did, God brings them home to rest. So when you see him, he’ll seem as though he’s sleeping, but he won’t be able to kiss and hug you as he always did. He’s resting, and one day we’ll see him again.”

Mr. King recalls how consoling and comforting her words were in that harrowing moment. He didn’t ask a single question.

In 2018, 50 years after that horrific night, Mr. King admits that he’s not sure he ever reconciled with the tragedy. “I don’t remember going to counseling after losing my father and then my grandmother five years later,” he confesses to an audience at VCU’s Student Commons. “I don’t know that I’ve ever fully worked through that trauma.”

Even still, he remains dedicated to achieving his father’s dream, and knows that the society of freedom, justice, and equality is still a tangible goal, and one we’re slowing working our way to.

How to Find Your New Apartment

The Many Benefits of Hiring a Professional Travel...

Are you a donor cultivator or a donor...

A Grilled Take on a Traditional Italian Meal

The Patriarchy Must End