Get FREE updates about positive things happening in your community.
Sign Up Now!
Thanks for Subscribing!
We will not sell or share your email address.
Urban Views
Mayor Stoney announces enhancements to Navy Hill project...
“The Unity Ride” links the past through freedom...
African American Chamber Endorses Navy Hill Proposal
Alzheimer education and support meetings scheduled
Richmonders set goals for 2020 and describe how...
Home Featured Ownership Matters Black-Targeted versus Black-owned: There is a Difference
FeaturedJanna M. Hall

Ownership Matters Black-Targeted versus Black-owned: There is a Difference

For centuries, African Americans have dealt with harmful mischaracterizations in the media. From print to broadcast, mainstream outlets have failed in telling our stories, speaking to our unique areas of interest, and showcasing the fullness of what our culture represents. We’ve seen first-hand how Black-targeted media feeds into harmful stereotypes in order to drum up viewership. The solution? Black-owned media.

According to the New York Times, only 12 commercial television stations are Black-owned and serve very small markets; even still, we know that these outlets tell our stories in ways no other outlet can, so they need our continual support.

“Black Lives Matter. Black Votes Matter. Black Press Matters. In order to overcome racial inequality and injustice, we have to emphasize the importance of nurturing and mentoring the rise of a new generation of freedom-fighting journalists, publishers and African American owners of newspapers and media companies.

There is a huge, qualitative difference between media that is Black-owned and non-Black-owned media that is targeted to Black consumers. Numerous national studies have documented that Black-owned newspapers remain the “trusted and respected” source of news, empowering success stories, and cultural aspirations for more than 45 million Black Americans…”

It’s not just about Black ownership, either. These media companies have people of color developing ideas, conducting research, creating the content, and providing the funding for the projects and stories we need. They’re 100% committed to sharing the fullness of the Black experience with the masses, while white-owned, Black-targeted media often falls flat.

The Richmond, Virginia market has one Black-owned radio group and three independently Black-owned weekly newspapers, each committed to being stewards of the stories and life experiences emerging from the Black community every day. 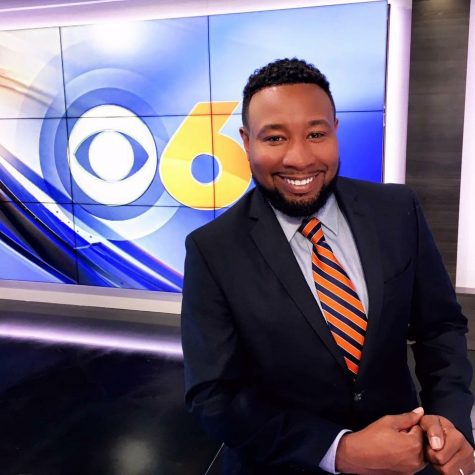 Raymond Hawkes, CBS6 Traffic Reporter and President of the Richmond Association of Black Journalists, pushes this idea, believing that we’ve got a duty to commit to supporting the legacy of Black-owned media, especially for those of us living in this region.

“We as African Americans have owned our own media channels since the Freedom’s Journal was created in 1827,” Hawkes explains. “Because of that, we have to continue to own our media so that we can fight for social justice and empowerment through our own voices. Growing up in the Capital of the Confederacy, I can’t forget that there was a time when our ancestors couldn’t read or write. We honor them by telling their stories and our stories.”

It’s only through this storytelling that future generations can connect to a greater sense of purpose. Hawkes also believes that Black representation in media—whether through the Black-owned outlets or Black journalists occupying predominately white spaces—allows us to challenge the race-baiting and “fake news” that’s more widely accepted in today’s world.

“Having Black representation allows for diversity in ideas for the stories we cover daily,” he says. “And that’s important because media is the way our community sees and hears information.”

Because Black media is the gatekeeper to the Black community, it’s critical that we support not just in readership and viewership, but also financially.

In January 2018, news broke of Time Inc.’s selling of Essence magazine to Richelieu Dennis, shifting Essence from a Black-targeted media outlet to Black-owned. 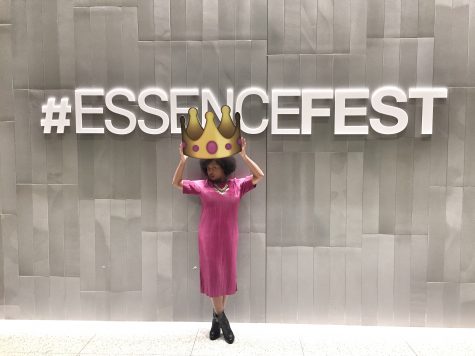 Michelle Nance joined the Essence team in 2013, and currently holds a Manager position on the Brand Marketing team. Her perspective is a unique one, as she sits on the business end of the publication but still works closely with the editorial side. Her access into both worlds furthers her case for Black-owned media to not only exist, but to also receive the funding needed to thrive. To her, the need for Black-owned media outlets is obvious.

“I’m a firm believer in two things,” Nance begins, “Black women should be selling weave to Black women, and Black people should be talking to Black people about Black issues. We understand each other’s plight, and we look at the topics in a way that’s not contrived. Black-owned media outlets tell stories that uplift and empower our communities in a way that other media outlets can’t. When you’re not exclusively focused on Black people, it’s harder to get to the heart of the issues that affect our community; we have the range to go deeper and get to the heart of stories that aren’t told in other spaces.”

Nance uses an example of Essence’s deep dive into Black women’s heightened pregnancy mortality rate. Mainstream media outlets barely scratch the surface of these types of literal life and death educational opportunities, partly because a large percentage of their readership aren’t affected by such statistics. Investing in Black-owned media outlets helps fund research and production as they work to cover the issues that matter to our community.

And that’s just editorially. On the business end, there’s much to be said for large corporations who advertise with Black-owned media companies. Though a business transaction, it speaks volumes to consumers on where the corporation stands in trying to reach Black consumers.

“The public can see when a major brand is spending money with a Black media outlet,” says Nance. “What I as a consumer think is, ‘This company is spending money to talk to me. They’re coming into the space where I get my entertainment and news and are spending their money.’ That’s important to me as a Black reader.”

There’s also great opportunity for major corporations to utilize Black media outlets to oversee and even produce multicultural campaigns. Far too often, we see brands missing the mark. Missteps like Pepsi’s protest commercial and H&M’s “Coolest Monkey in the Jungle” ad are prime examples of what happens when there are no Black people in the decision-making room, let alone a Black media outlet spearheading these ads and identifying key sensitivities. Sometimes it’s not enough to have a single seat at the table; we need to be the ones creating the table. 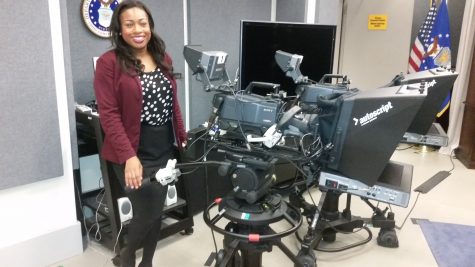 Juanisha Brooks believes that even as a person of color in predominately white spaces, there lies a responsibility to commit to telling our stories truthfully. As a Video Producer with the United States Department of Defense, Brooks leverages her perspective as a woman of color to produce projects that include often-excluded Black voices.

“I’m the only Black woman and the youngest in my production unit,” she explains. “I carry the responsibility of bringing my full self to the table and incorporating Black faces into the pieces my team creates. As a Black creator, I make it a point to make sure we’re seen.”

Though not working directly within a Black-owned media company, Brooks fully understands why our support of them is imperative.

“We need Black media to tell the unique stories we’re not able to see on any other platform,” she says. Right now, Black media is thriving; from Black Panther to the press, we’re getting more opportunities to tell well-rounded stories about ourselves. We’ve still got a long way to go.”

Having ownership in the media space isn’t just about being a hub for Black stories, Black entertainment, and Black news that’s owned and ran by Black people. Nance points out arguably the strongest point of all: sustenance for Black families.

“When you own a company, you don’t just have employees,” she explains. “You have husbands, wives, children, and parents. And not that we need another reason to support Black-owned media, but these employers aren’t just employing us—they’re helping the community and supporting entire families. And when you look at it like that, it’s so much more powerful.”