I Say No to a Starbucks Boycott

Starbucks has proven to be one of America’s most responsible corporate citizens. In 2014 following the shooting of 18-year-old Michael Brown in Ferguson, MO, by Officer Darren Wilson, then Starbucks CEO Howard Schultz took action when other corporations remained silent. 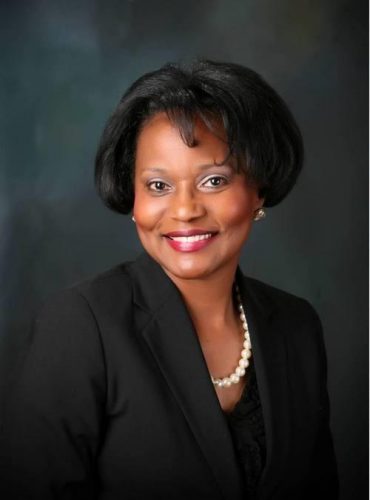 Starbucks launched its national “Race Together” campaign that encouraged Starbucks’ baristas (workers) to write “race together” on customer coffee cups to spur conversations about race within Starbucks locations. Months later in 2015 following the shooting of Walter Scott, Starbucks CEO Howard D. Schultz was again venturing into the arena of race relations while appearing on stage at Spelman College-a historically-black women’s institution–as part of a panel discussion on the book titled, “Why Are All the Black Kids Sitting Together in the Cafeteria?”

Again, and again, Starbucks has been at the forefront of corporate America when it comes to cultivating a society where all people matter.

As President and CEO of ONUS, Inc.,a national organization committed to Resolving Longstanding Problems that Seem Too Big to Fix, I firmly believe in the power of boycotts. Following the killing of Michael Brown, ONUS conducted one of the most effective and long-standing boycotts in Ferguson, MO, against Sam’s Club and Walmart.

Both stores routinely called upon Ferguson Police to arrest Black men who verbally challenged managers’ decisions. Unlike Starbucks, Walmart, Inc. doubled-down in support of its employees’ hateful actions and made no apology for saddling good citizens, who happened to be black men, with unwarranted police records. Walmart then relied upon its deep purse to vigorously defend its deplorable actions.

Starbucks is no Walmart. While I firmly embrace boycotting as an effective tool of free speech, boycotting cannot and should not be Black America’s one retort to offensive acts carried out by individual employees representing what has proven to be a good corporate citizen. I do not mean to imply that Starbucks is perfect; I surmise that Starbucks still has internal issues related to race and diversity.

Nonetheless, I appreciate the steps Starbucks’ CEO and Board of Directors have and are taking in response to the incident in Philadelphia, such as the swift issuance of a public apology, public rebuke of the offending employees’ actions and the planned shutdown of Starbucks outlets nationwide for diversity and customer service training. Starbucks is demonstrating that its promise to do better is far more than a mere gesture designed to quiet a public uprising.

Starbucks has earned what millennials refer to as “street cred.” Consequently, the Corporation deserves grace when employees make missteps or engage in discriminatory actions rooted in personal perspectives. While I am confident Starbucks will make right with the young men who were wrongfully arrested in Philadelphia, I urge its leaders to again take the corporate lead by helping to revamp policing in America nationwide.

The Uniform Reporting Law Enforcement Improvement Act (URLEIA) is the solution to America’s policing problem and will effectively revamp policing from the ground up. Corporations, like citizens, have a responsibility to ensure policing nationwide is guided not by the whims of individuals and powerful conglomerates but by the constitutional and humane application of law.

What will be your fundraising legacy?