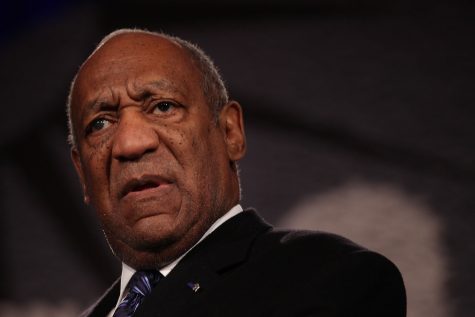 The “Guilty” verdict that was handed down in the Bill Cosby sexual assault case has set Black Twitter afire and ignited the Great Debate within the Black community. On one hand, Cosby’s “America’s Dad” moniker makes the verdict of guilty on all three counts of indecent sexual assault extremely difficult to wrap our minds around. While on the other hand, the decades of unaddressed accusations of assault and sexual misconduct amid the whispers and innuendo-laced stories about Bill Cosby bring up feelings of anger and betrayal. No matter how we feel about Cosby then or now, personally or politically, he was an American icon and he is Black! He broke down barriers and created a dynasty called The Cosby Show!  America loved that show and by association they also loved America’s Dad, Dr. Heathcliff Huxtable and the entire Huxtable Family. The Emmy Award winning series dominated television for decades, created numerous spin-off sitcoms and birthed a generation of African American television stars. All of that was historic and remains so today, regardless of the satirical case of Bill Cosby, himself. The legacy of The Cosby Show was not built by Bill Cosby alone, nor was it solely the brilliance of his comic genius that created a generational legacy. The history made and the legacy created was a collective one and will remain so regardless of the tragic demise of Mr. Cosby himself. What those who vehemently defend Bill Cosby, no matter what, need to know is that the legacy will remain.

Efforts to bring up other offenders (white offenders) like Harvey Weinstein, Bill O’Reilly, and Kevin Spacey only underscore the FACT that America’s criminal justice system is systemically racist when it comes to equal justice for all. This is something that African Americans have always known and holds no more validity as an argument than the argument that “…at least America’s not as racist as it used to be.” What exactly do we do with THAT as an argument? What does it mean? Wrong is wrong and you cannot defend it by saying other folks have done wrong and gotten away with it. Morality, ethics and integrity should not be situational even when the offender is one of us instead of one of them. Rather than defending Rape Culture, the Black community needs to begin to address it. Call it out and stop the silence. As a community we need to de-construct our traumatized racial and sexual history and begin to acknowledge those who have been damaged or destroyed by it: women, men, gay and straight, as well as children who are currently living in dangerous and unsafe conditions. If Bill Cosby were a white man, Black folks most probably would not be having the heated arguments in his defense that we are currently engaging. It is a type of cruel satire that so many men and women in our community can defend a man who has been accused and convicted of such heinous behaviors. A man who for decades engaged in abhorrent conduct that traumatized so many who will never be made whole or have any type of redress at all. The assault on women and girls must STOP. We must begin to believe our mothers, daughters, sisters and friends even when they point the finger at an icon like Bill Cosby.