What’s Wrong with Freedom of Speech? 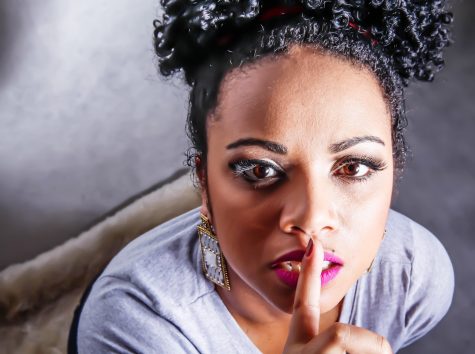 The 1st amendment to the Constitution of the United States is as problematic for our contemporary society as what’s wrong with the 2nd amendment. “A well regulated Militia, being necessary to the security of a free State, the right of the people to keep and bear Arms, shall not be infringed.”  For this moment, I want to discuss the 1st amendment and freedom of speech, but it must be said that the men who wrote the 2nd amendment owned muskets and slaves. The former being a far cry from the automatic killing machines of today and the latter practice of institutionalized chattel slavery being unanimously condemned worldwide as a human atrocity. But, let us contemplate for the moment the rights and privileges held by U.S. citizens enshrined within the 1st amendment right to freedom of speech. The 5 major components of the 1st amendment are as follows:

Recently, it appears that our 1st amendment rights are having some challenges no matter what side of the aisle you stand on, or whatever your political leanings may tend to be. Colin Kaepernick sparked a so-called “patriotic” outrage when he chose to exercise his 1st amendment right to protest police brutality and racial injustice at the hands of law enforcement and the criminal justice system in the United States by taking a knee during the playing of our national anthem before each NFL game in 2016. Kaepernick was subsequently released by his team and remained unsigned for the following NFL season.  Tim Tebow, another high-profile NFL player, also took a knee prior to playing in an NFL game in protest of the right of women to obtain legal abortions, as ruled by the Supreme Court in 1973 in Roe. v. Wade. Tebow was celebrated as a champion for taking a stand and subsequently was signed by 3 other NFL teams although his athletic abilities for playing quarterback were far less adept than Kaepernick’s, and he soon left the game to experiment with playing baseball professionally.

Both players were exercising their right to peaceably protest and their 1st amendment right to Freedom of Speech. One was in protest of an assault on the civil rights of African Americans and the other was protesting an assault on his religious freedom to assert the Judeo-Christian ethic that life begins at conception and that abortion is, therefore, the murder of an individual and against the law, according to the Bible. The league and its owners punished one player and not the other. Kaepernick has filed a lawsuit and we will wait to see the outcome, but this is the problem. Is Freedom of Speech truly free for everyone or is it only the privilege of those in power to determine how much leeway they will give you when you choose to exercise that particular freedom?

Roseanne Barr’s hit remake of the Roseanne show on ABC was abruptly cancelled when she spewed racist remarks over Twitter against President Obama’s former senior aide Valerie Jarrett. ABC executives wasted little time exacting punitive action against the TV star to let the public know that her comments were abhorrent and intolerable. Especially, on the same day that Starbuck’s is closing for a nationwide Racial Sensitivity and Awareness workshop. The zealots for Freedom of Speech will soon be shouting from the rooftops castigating ABC’s actions. This national conversation about Freedom & Speech will continue.  America…we have a problem.

Give Your Dad the Best Steak for Father’s Day