Sign up now for our free weekly email updates.  We’ll give you the good news from our community.
Urban Views
7 Ways to use your Stimulus Check
Experts share advice for working from home during...
Educators and Parents Deploy Learning Tools During Coronavirus...
COVID – 19 Home education resources
COVID – 19 Home education resources
Home I'm Just Sayin'Dr. T What is the profit of selling your soul?
Dr. TFeaturedI'm Just Sayin'

What is the profit of selling your soul? 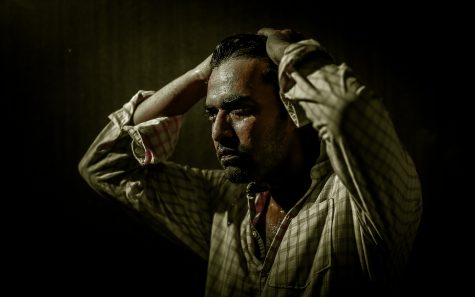 Faust is a play in two parts by German writer Johann Wolfgang von Goethe. The “classic” story is about a successful man who is dis-satisfied with his life and his accomplishments so he makes a bargain with the Devil in exchange for his soul. The terms of the bargain include giving away his soul in exchange for unlimited knowledge and worldly pleasures. We now refer to this agreement as a “Faustian bargain” which is to be willing to sacrifice anything to satisfy a limitless desire for knowledge or power. Interestingly enough, the play’s conflict delves into the struggle of good and evil, the questions of virtue and sin. This is the age-old dilemma with which humankind continues to struggle. From whence do we draw our moral authority? The character of Faust is a man of his time who would’ve been considered both privileged and revered within his own community. When compared to the average persons of his time he was upper class, well-educated and a professional with reputation. And yet with all of this, Faust remained unfulfilled and unsatisfied, yearning for more power, more knowledge, more pleasure. He became myopic in his concern and self-centered in his pursuit of self satisfaction as if he had no responsibility to those with whom he lived, worked and shared a city, a country and a world.

The citizens of the United States of America, we the PEOPLE, are at a precipice of moral decision whether we believe in God as the moral authority, no matter the religious affiliation, or we believe in Humanitarianism plain and simple without religious or spiritual connection. America is under the scrutiny of the world’s gaze as they see our government instituting inhumane, cruel policies and practices that are reminiscent of other dark times in our nation’s history. Memories of Japanese Internment Camps, forced relocation of Indigenous Peoples and government schools for Indian children taken away from their parents, Slave auction blocks, and Jewish immigrants being turned away from our borders during the height of Nazi Germany under the dictatorship of Adolf Hitler, to name a few.  Our proclamations of the nation by which we define ourselves, the platitudes whereby America claims to be the greatest nation in the world, the Land of the free and home of the brave, now rings completely false and hollow. The U.S. government is in violation of The United Nations Human Rights Council whose mission is to promote and protect human rights around the world. The decision to separate families at our southern borders, ripping children from their mothers’ arms and locking them up in detention facilities has made the U.S. and its people human rights violators.  Our nation has effectively ceded ALL moral authority in this case.

Since the Attorney General, the White House and the Legislative branch of government are playing politics with the lives of children and immigrant families and then justifying it by mis-interpretation of Biblical scriptures and false claims of legal mandate, it is a moral imperative that the people of the United States rise up and demand that we will not be complicit in this immoral and inhumane practice. “For what shall it profit a man, if he gain the whole world, and suffer the loss of his soul?” asks Jesus Christ.  AMERICA!  Are we really a Soul-less Nation?  If we allow these atrocities to continue in our Name the answer is YES We Are! We are no better than FAUST and we have learned nothing from the history that defines US!