Sign up now for our free weekly email updates.  We’ll give you the good news from our community.
Urban Views
When they cut off the breath of one...
Staying at Home Has its own Risks
Practical Tips for Caregivers Facing a Pandemic
First Responders Behind The Wall
Helping veterans and active duty military cope with...
Home I'm Just Sayin'Dr. T A Hot Mess
Dr. TFeaturedI'm Just Sayin' 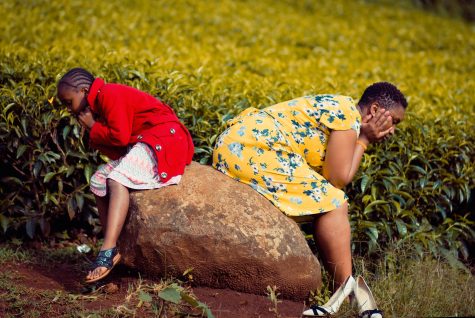 With the beginning of the summer vacation season, family reunions, camps and family trips, the citizenry of the United States of America are in a “hot mess” of conflicting narratives about moral authority, families being separated at our southern borders, protests and children being held in concentration camp type detention. The summer has just begun and it looks like it’s going to be a long hot one if this first week is any indication. The divisions in the American body politic are growing evermore dispirited and the lack of civility in the media and in the public square is becoming more and more a daily occurrence.

Now, people are being shouted out of restaurants and/or being discreetly asked to leave the establishment due to their alignment with the practice and policy of our current President and his Administration. The former specifically references the events that drove the Secretary of Health and Human Services Kirstjen Nielsen and the White House Press Secretary Sarah Huckabee Sanders from separate restaurants where they were both met with protestations when they attempted to dine out with friends and family.

Tangential to this ruckus was the entire hubbub surrounding the First Lady’s choice of wardrobe as she left Washington to visit the southern border and a facility holding immigrant children. The First Lady wore a jacket that had in large white letters the words “I Don’t Care…Do U?” No matter what you may think of Melania Trump, her political positions or fashion choices, the choice to wear that jacket with that particular message written boldly on her back, on an official visit to a place where immigrant children are being held in questionable conditions under even more questionable circumstances, was at best tone deaf and at worst leaves open the untenable idea that there’s a lack of compassion or it’s an act of deliberate cruelty. It is ALL a “Hot Mess!”

It seems that ordinary people are being challenged by all of the changes in US policy coming out of Washington these days. These are policies and practices that tug at the very fabric and fiber of what it means to be an American. The moral authority that America has previously held within the global community and the position of leadership among the nations that uphold principles of democracy has recently been eroding. We have pulled out of the Paris Climate Agreement, the President refused to sign the G-7 statement calling the Prime Minister of Canada “weak”, while insulting our allies by arriving late to the G-7 Summit in Canada and leaving early. And most recently, the United States has pulled out of the United Nations Council of Human Rights. Each of these things are newsworthy as counter intuitive to the best interests of the U.S., but collectively and in the rapid succession with which they have occurred, alarm bells are going off and clearly throwing the country into a state of imbalance and incivility.

Given the multiple investigations going on right now including the House & the Senate, The FBI, the Justice Department and the Special Counsel everyone better buckle up! It’s going to be an historic summer. Oh yeah and we have over 2,300 immigrant children from the ages of 3 months to 17 years old being held in “secret” detention across the country. Many of these children are being held in concentration style camps in tents in the middle of the desert with temperatures reaching 110 degrees. It’s truly a HOT MESS.

How to Choose a Property Management Company

Crisis and community – nonprofits and fundraising in the Latino community