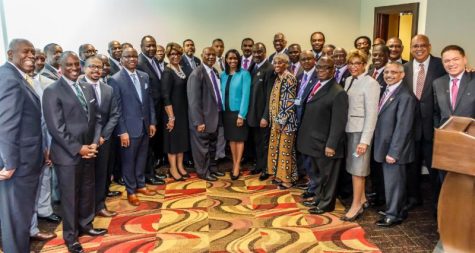 The Black church, among the most prosperous institutions in America, has long led movements for the spiritual, social and civic uplift of Black people. When the Rev. Dr. Martin Luther King Jr. was assassinated on April 4, 1968, he had just launched the Poor People’s Movement, which quickly fizzled after his death.

With this historic backdrop, the African Methodist Episcopal Church – with a legacy of leadership in its own right – has announced an innovative economic partnership with Black-owned banks across the country. The partnership aims to be a catalyst to spur business development, homeownership and wealth in the Black community.

“We are now pleased to announce a partnership with the presidents of the nineteen (19) Black banks in the United States, with the goal of increasing Black wealth,” said Bishop Reginald T. Jackson, president of the Council of AME Bishops. “This initiative will strengthen Black banks across the United States and increase their capacity to lend to small businesses, to secure mortgages, to provide personal lines of credit, and to offer other forms of credit to AME churches and our members. This, of course, includes enabling members and their families to become homeowners.” 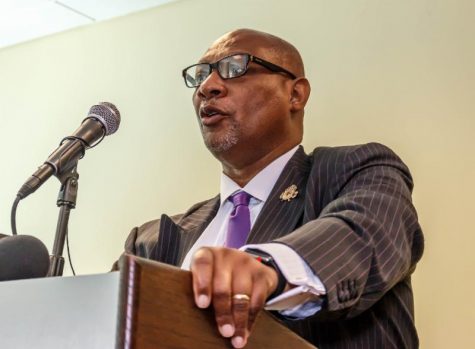 Bishop Jackson made the announcement during a press conference held during the 2018 Council of Bishops and General Board Meeting in Atlanta June 26. The specific details of a memorandum of understanding are being formulated and will be announced this summer. But the goals are as follows:

“The spirit in which you all have shared the commitment to the community, to the banks and to what we can do together is outstanding,” responded Preston Pinkett, III, chairman and CEO of the City National Bank of New Jersey and chairman of the National Bankers Association. “Thank you for your willingness to step outside of the norm to do something that I would say is extraordinary here in America and extraordinary in the world.” 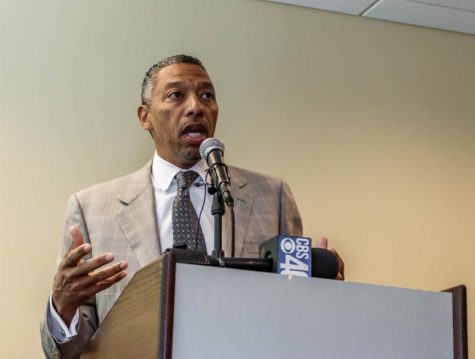 Pinkett says the church-bank partnerships are already beginning around the nation. “It is safe to say that this kind of commitment; this kind of demonstration will go a long way in supporting our banks and the banks to be able to support the community…With God’s blessings, we will accomplish great things.”

Amidst an atmosphere of excitement, the bankers, bishops and supporters of the movement packed into a meeting room in a Downtown Atlanta hotel. Jackson was surrounded by all 20 Bishops of the 231-year-old denomination as well as supporters of the movement. They included principals of the growing economic movement, Black Wealth 2020, which Jackson credited as inspiration for the idea.

“This partnership grows out of an initiative formed in Washington, DC in 2015, called Black Wealth 2020 which is providing an economic blueprint for Black America,” Jackson said.

Michael Grant, one of the founders of Black Wealth 2020, presided at the press conference. He connected the new partnership directly with the movement begun by Dr. King.

“The great civil rights movement led by Dr. Martin Luther King Jr. and others has now morphed into a full-fledged movement for economic empowerment,” Grant said. “The offspring of African slaves and their unrewarded labor have catapulted a small Colonial outpost into the greatest industrial giant the world has ever known. Now, as a people, we are turning our efforts toward our own enrichment. We must now create those economic opportunities for ourselves.”

Opening the press conference, Grant underscored the historicity of the moment. “For those of you who are students of history, you would not be surprised that the Church of Richard Allen would be leading an effort to close the wealth gap across the United States of America.” Allen, among America’s most influential Black leaders, founded the AME church in 1794. It was the first independent Black denomination in the U.S. “And we do this with malice towards none,” stressed Grant.

Bishop James L. Davis, of the Second Episcopal District, likened the partnership to a marriage – a marriage between a church and its community. “It is a marriage that says a church that is concerned about its people, concerned about the good and the bad, all of the things our people have had to go through.”

The prophetic voices of Black church leaders not only articulate ideas, but strategies. 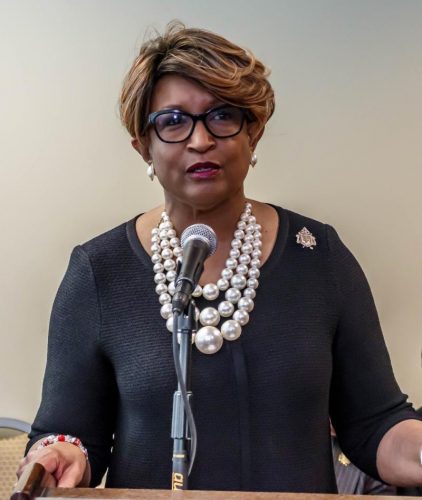 “In the next decade in the global church and in the AME church and in Black banking, we will see both evolution and revolution. Banks must reinvent themselves, not just to respond to the pressures of the day, but to be flexible enough to adapt to the world of tomorrow. The ecclesia, the church, must also evolve its business knowledge, educational platform, and its missional thrust without losing its stance in the Word of God,” said General Board Chair Bishop Vashti Murphy McKenzie. “Both of our institutions are dealing with increasing assertive governmental intrusion, higher membership and customer demands along with increasing change in the wider world.”

The announcement of the new partnership was met with applause from national civil rights leaders.

“Thank you and your fellow bishops for making economic development a priority of your denomination,” wrote civil rights icon Georgia Congressman John Lewis in a letter to Bishop Jackson. “Hopefully, your visionary leadership will inspire other denominations to replicate your efforts nationwide.”

Morial is among economic leaders who have determined that among the reasons homeownership among African Americans is disparately low is, in part, because of discriminatory lending practices.

Mortgage Banker Lois Johnson, president/CEO of Salt Lake City-based United Security Financial, said she takes “great pride in our HUD designation as a fair practice lender. We provide loans to all who meet the minimum criteria, especially people of color who have been denied the opportunity to have their own homes.”

Johnson, who is licensed to operate in 49 states, says she intends to travel to each of the AME church’s episcopal districts to “create hope and opportunities.”

The principals agreed that the key to the success of the partnership must be mutual respect for Black spending power and mutual support of Black businesses.

“We hear about Black folks have a trillion dollars in spending power,” said Ron Busby, president/CEO of the U. S. Black Chamber, Inc. and co-founder of Black Wealth 2020. “But that’s usually White folk talking about our dollars and how can they get their share of it. We came together to say how can we deal with the Black wealth, the gap of it and really to move our agenda forward inside our own community.”

James says he knows the relationship can be sustained because the bishops have authority to oversee and encourage AME church leaders to do business with Black-owned banks. “We can talk to the Bishops about those local churches. And you can talk to your elders and your preachers,” he said.

Bishop Jackson underscored the fact that the U. S. partnership is only the beginning. He indicated that the movement will also expand abroad. “The possibilities extend throughout the Diaspora. The African Methodist Episcopal Church has over 4,000 churches in Africa, the Caribbean, West Indies and Europe. These churches and members can also benefit from this partnership,” he said. 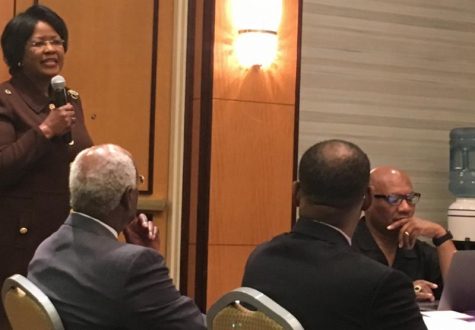 Her Excellency Dr. Arikana Chihombori-Quao, ambassador for the African Union, addressed the Council of AME Bishops the day before the press conference.

To augment this expansion, Her Excellency Dr. Arikana Chihombori-Quao, ambassador for the African Union, spoke to the Bishops the day before the press conference, promising to encourage Africans in America to also put their deposits in Black banks. She stressed the need for Black-owned institutions to unify, cooperate and not turn on one another.

“I hope we will all come together and support the idea of putting all of our money in Black banks. I have already taken the initiative and listed all of the Black banks in the country on our website,” Chihombori-Quao said. “I’m already encouraging all Black people when I do presentations to say we’ve been stupid for too long. We drive past Black banks to give our money to people who don’t give a hoot about us. And they take our money so they can get rich; not only here, but in Africa. We’ve got to change this.”

This is great news family and finally we are not speaking in code but in clear straight English! I am ready to get to work!