Sign up now for our free weekly email updates.  We’ll give you the good news from our community.
Urban Views
When they cut off the breath of one...
Staying at Home Has its own Risks
Practical Tips for Caregivers Facing a Pandemic
First Responders Behind The Wall
Helping veterans and active duty military cope with...
Home I'm Just Sayin'Dr. T Is Pro Life Really Pro Fetus?
Dr. TFeaturedI'm Just Sayin' 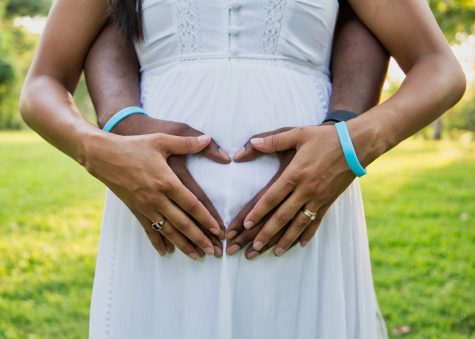 The monikers of “pro life” and “pro choice” have always left a lot to be desired on all sides of the issue surrounding legalized abortion and reproductive rights. The upcoming vacancy on the Supreme Court, due to the retirement of Justice Kennedy, brings the heated debate front and center once again as the President nominates his second Supreme Court Justice in less than 19 months into his scandal-ridden presidency. To claim that one side is “pro life” and the other side is not, creates a false binary that unduly vilifies those who believe that to choose between an unwanted pregnancy and the life, liberty and pursuit of happiness of the pregnant woman is not also a “pro life” position. The onus of proof for each side of the argument has created controversy ever since the Supreme Court ruled that a woman has the right to privacy in the choice of whether to carry an unwanted pregnancy to term or not. This landmark decision was issued in 1973 by a 7 to 2 vote affirming a woman’s right to end her pregnancy before such time as the fetus became viable outside of the womb; additionally, that a woman has a fundamental right to privacy under the constitution. The Court determined that the woman’s right to life takes priority over the unborn fetus prior to its ability to live independently outside of the womb. It seems this too is a “pro life” position.

There are no women that I have met who would say they were “pro abortion.” It is not a choice that any woman joyfully makes. It’s a sad, painful and emotionally fraught decision for any woman to make and, yet, it’s an option that gives her an opportunity to continue to live her life, as she so chooses. It is not an option that men have to face because men can continue their lives as if there was no pregnancy at all no matter the choice that the woman makes. And many men do just that. For women who are faced with the terrible consequences of an unwanted pregnancy, the Supreme Court decision gave them an opportunity for some autonomy over their own bodies and some level of equality under the law. It was historic for women and girls to be able to make decisions over birth and reproduction making them both pro choice and pro life, simultaneously. The decision changed everything for women and girls in the United States of America and brought us into the 20th century as more equal citizens than we had ever been before.

Now, we are faced with thousands of children and babies held against their will, taken from loving parents and imprisoned in cages within facilities that are inadequate and inhumane for anyone, but especially for children. Where is the “pro life” movement now? According to the most recent data there are more than 400,000 children currently in the foster care system in the United States, over 100,000 of them are waiting to be adopted. Where is the “pro life” movement? Can people really claim to be “pro life” when the life they are most concerned about is the life that is inside a woman’s womb yet unborn, while hundreds of thousands of children are suffering neglect, abuse and trauma in government institutions? There are children who are alive and living in this world right NOW, and they are in need of love, support and our attention. Let’s all embrace a movement that is truly about being Pro Life. Let’s get more concerned about how those who are living life are taken care of and stop politicizing the painful choices made by desperate people in pursuit of Life, Liberty and Happiness.

Linguistics: the scientific study of language

What IF? Preparing for the Future