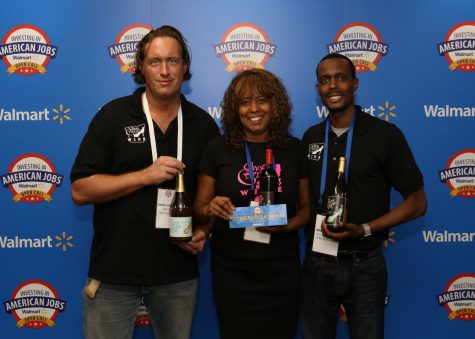 On June 13, 2018, Gwen Hurt and her team of two traveled to Arkansas for an open call with Wal-Mart buyers. What many viewed as a “Shark Tank”-like pitch opportunity, Hurt considered a high-stakes business meeting, the opportunity to sit amongst her peers and show why her wine company and lifestyle brand, Shoe Crazy Wine, was the best fit for this iconic, 56-year-old brand. After a high-powered presentation filled with sales projections, financial statements, and a tasting of their best-selling blends, the Shoe Crazy Wine team toasted with Wal-Mart buyers—they’d successfully inked a distribution deal and would be lining the shelves of the multinational corporation come 2019.

What’s more inspiring than the “small business goes national” headline is everything leading up to the once-in-a-lifetime meeting with buyers. From applying for the opportunity to preparing an impressive presentation deck for her future distributors, Hurt’s story is one of perseverance, tenacity, and preparation. 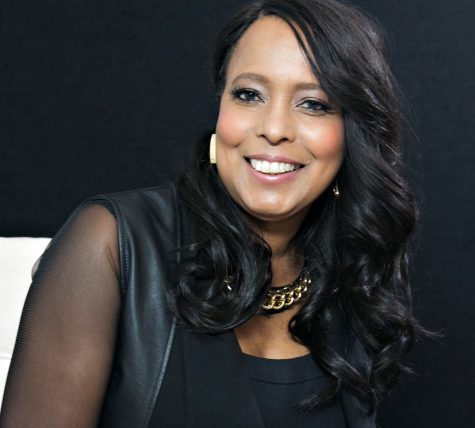 Gwen Hurt began Shoe Crazy Wine in 2013 as a way to encapsulate her love of two things: shoes, and wine. Following her company layoffs and a car accident that required nearly a year of recovery, Hurt decided to immerse herself in the development of not just a product, but a lifestyle brand with international appeal. What happened in the years that followed is a tale of audacity—Hurt decided early on that she wasn’t building a business that was bound to the local market; no, she believed that the Shoe Crazy Wine brand had appeal that stretched beyond city and state lines. And it did.

“We never thought locally,” says Hurt. “We knew that we needed to expand if we wanted to survive for the next 10 years.”

Even before the Wal-Mart deal, Hurt matched her vision with a fully fleshed out plan and strategy. She not only visualized growth, but she put into action short and long-term goals that helped her stay the course. And this is what turns mere ideas into businesses that have potential to expand and generate revenue. More than anything, Shoe Crazy Wine’s success provides a blueprint for upping the ante and building a scalable, profitable business. Again, it takes perseverance, tenacity, and preparation. 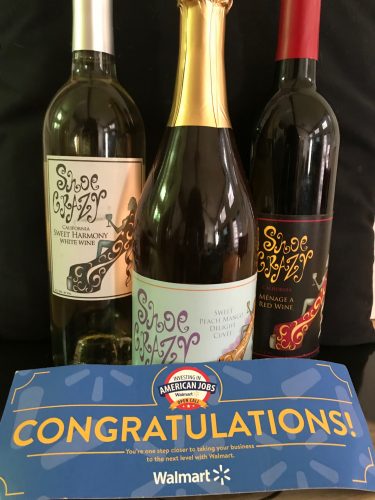 As with any success story, Hurt’s journey came with its share of obstacles and hardships that made the road ahead a difficult one. Whether filing bankruptcy in order to keep her home or having to pull out of a Singapore deal, Hurt experienced setbacks that would tempt most entrepreneurs to throw in the towel and resort to a secure, stable office job. This is where perseverance comes in, and this is what sets Hurt apart from those unable to weather the storm.

It’s that same perseverance that allows Hurt to continue plowing forward despite whatever hardships come her way, and it’s also what led her to stroking the deal with Wal-Mart. No matter what difficulties arose, she remained consistent in her planning, preparation, and belief that the success she desired was the success she was destined to achieve.

It’s that level of perseverance that will keep you through the closed doors and scarce funds, and will see you through to the other side. 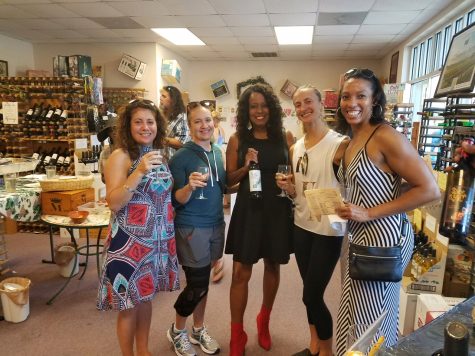 Belief wasn’t enough; Hurt and her team had to be thorough in their pursuit of long-term goals. She set a five-year plan, each year with a different goal, and took actionable steps to reach them. As fate would have it, her goals are panning out as planned, all thanks to her unwillingness to compromise on the vision she has for Shoe Crazy Wine.

“We had a strategy to start earning revenue in year four and become profitable in year five,” explains Hurt. “To do that, we knew we had to expand beyond our Virginia market.”

In order to reach expansion goals, Hurt remains intentional about her networking, only attending networking events where she has a concrete purpose. She intentionally connects with organizations that can provide meaningful connections and resources, such as the Central Virginia African American Chamber of Commerce (CVAACC). Her membership with CVAACC led her to an introduction to Ron Busby of the U.S. Black Chamber, which introduced her to Wal-Mart’s open call. Thanks to this ripple effect, Hurt and the Shoe Crazy Wine team are on target with their five-year plan; 2018—year four—was all about revenue, which they’ve achieved. 2019—year five—kicks off their Wal-Mart distribution deal. Revenue in 2018? Check. Profitability in 2019? Check.

Few goals are attainable without tenacity, and Hurt’s story displays just that. She’s strategic as she maps out the future she wants for herself and her business, and remains purposeful and intentional about every action she takes.

What set the Shoe Crazy Wine team apart from competitors in both the marketplace and in the Wal-Mart business meeting was the team’s incomparable level of preparation. Hurt used her corporate background to inform her presentation approach; she knew exactly what information businesses need before making an investment, knew which financial reports mattered, and most importantly, did her research on the brand and the retail spaces.

“I’ve always been a Wal-Mart shopper, but I went into stores to specifically look at their layout,” explains Hurt. “We looked at displays and got a feel for how they display their wine. We took pictures. We were over-prepared.”

Over-preparation is key. When searching for brand partnerships or collaborations, research makes or breaks the deal. Hurt did her due-diligence, going into the meeting with buyers with a full picture of the Wal-Mart brand today and where the CEO plans to take the brand in years to come. She mirrored their upper-middle class shopper goals with the high-end brand Shoe Crazy Wine brought to the table, and drew a direct connection between the two lifestyle brands.

Edwin, the “finance guy,” brought to the presentation hard figures on the pricing of goods and explained margins, and her son Daniel used his retail sales experience to speak their language and appeal to the sales side of the deal. The three-part presentation deck was a full package, and the wine tasting was the shiny red bow.

“You’ve got to be prepared and business-minded,” Hurt advises. “People have ideas, but don’t know how to present themselves. They don’t take the time to learn what corporations are looking for, and that’s what makes or breaks a deal.”

And she’s right. In order to surpass the local markets, you’ve got to think on a national level. Not only did Hurt think nationally, but she prepared for the growth that now has Shoe Crazy Wine in every Total Wine in Virginia, and in grocery stores and restaurants spanning the east coast.

The success of Gwen Hurt and Shoe Crazy Wine didn’t come overnight, and wasn’t always easy, but it’s her perseverance, tenacity, and preparation that led to life-changing deals and a story worth sharing. No matter how difficult the road, Hurt is committed to sharing her story with others and remaining transparent so that her lessons and experiences may empower someone else.

“As entrepreneurs, we can’t be afraid to share, even if we’re sharing things that are an embarrassment to us,” she advises. “I don’t believe in faking it ‘til I make it; as an entrepreneur, if I learn something—even the hard way—I share it.”

Save money this weekend