The Maafa: the journey towards healing the trauma

The Maafa (mah-AH-fah) is a Swahili term that means “great disaster,” “calamity “ or “terrible occurrence.” It has come to refer to what some call the African Holocaust—the Trans-Atlantic Slave trade which transported millions of Africans as human chattel in the belly of cargo ships from their indigenous lands and cultures, across the Atlantic Ocean to be sold on the auction block as slaves in the West Indies, the Caribbean and the Americas. 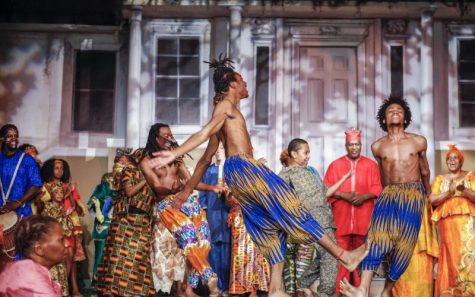 Those who survived the months of ocean travel, shackled and stacked one on top of the other with limited hygienic care and little food, found themselves as property of other human beings in this foreign land and subject to a loss of freedom, a loss of dignity and subjected to unimaginable cruelty, decades and centuries of oppression, emotional and physical injury, and even death.

Dr. Marimba Ani is credited with appropriating the word “maafa” to collectively commemorate and honor this historical occurrence. In a 2000 Essence Magazine article, she stated:

“We needed a term that would let us claim this experience for ourselves.

So I contacted friends who knew various African languages and asked

for a term for disaster… We have been duped into believing that we are free and healthy, but we are still living in Maafa. Only by going through the pain     and grief can we find our way to Sankofa, an acceptance of our being, our spirit.”

In 1995, a New Orleans born preacher named Johnny Youngblood inspired by Dr. Ani’s call to collectively recognize the un-recognized trauma of African descended peoples, began a formal weeklong commemoration of The Maafa at the Saint Paul Community Baptist Church in Brooklyn, NY. Since then, the 3rd week in September has become the annual commemorative ceremony for The Maafa in Brooklyn produced and performed by the church’s Drama, Dance and Music Ministries. The production has enjoyed great success and began touring the United States with the financial support of the faith-based community and other community-based organizations. Soon, by word of mouth and a great outpouring of support for the process of experiencing the journey of recognition, recollection and process of healing of the historic trauma of African peoples in the Americas, many other communities felt the need to create their own commemorative celebrations around the country and even internationally.

In 2019, we will mark 400 years since the first Africans landed on the shores of the Commonwealth of Virginia. The African American Community of RVA MUST actively engage in what will be a global commemoration of The Maafa. There has been some initial “talk” around town about something called “Revealing Richmond” that connects RVA to “Revealing Benin” and some type of exchange, commerce and travel in an effort to “remember” the 400th year anniversary of the first enslaved African people to land on the shores of Virginia. As I surveyed our RVA community of African leaders, scholars, activists and artists, no one knows exactly what “Revealing Richmond” is all about, what is its mission, who is leading it or how it came to be.  There’s a website, but it’s difficult to ferret out EXACTLY who’s in Charge. The Maafa is a sacred commemoration. It must be initiated and led by African People, for African People. The Maafa is a part of our legacy as the African descended people of RVA, and it’s the journey we MUST take together.

How to Choose a Preschool for Your Child