EPIC FAIL: the Church, the Pope and the Excuses 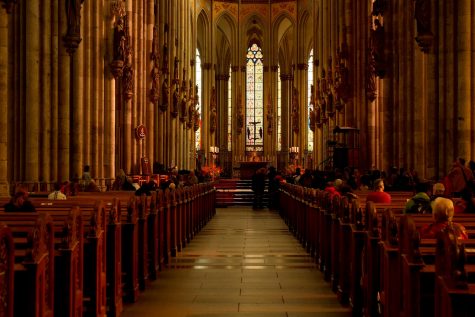 Silence, complicity and denial create a dangerous combination of characteristics in the conduct of those who have been given the enormous responsibility of Leadership. Leadership that is enveloped in those traits enables immoral, destructive and even criminal behavior on a grand scale.  For decades upon decades the Catholic Church, the Evangelical Church and many so-called believers and followers of Christian religious institutions have been doing just that.  Involvement, support, collaboration and participation in wrongdoing is what defines complicity and that is exactly what has been happening at the highest levels of religious leadership on a global scale. Recently, more than 300 priests were accused of sexual abuse crimes in Pennsylvania alone, as reported by the Washington Post and a myriad of other news outlets. This is truly an abomination not only due to the scale of the abuse, given the reports claim over 3,000 children were sexually abused or assaulted by these pedophile priests, but as reported, this is only a fraction of the children who have been victimized by these “trusted” emissaries of God. The abuse has gone on for decades and has ruined the lives of thousands upon thousands of children and their families.

Many of these abused children are now adult survivors. Some have become abusers, themselves. Some have become victimizers, some drug addicts, some sex addicts, some victims of mental health issues and lifelong disorders that have made them effectively dysfunctional adults. And some have ended it all by committing suicide due to the trauma of sexual abuse by men they trusted, men who were considered to be “upstanding” members of their communities and representatives of the Holy Church and even God, himself. How do we find ourselves in this place of shock and disbelief when this is not new information? How many of us can remember hearing about sexual abuse cases in the church before? How many times have there been news reports and stories told in autobiographical books, film and television dramas over the years? This story out of Pennsylvania is not a new story.  And yet, after the initial outrage dies down and several commissions are formed and panels convened to “look into the problem” (AGAIN) the outrage will die down once more. The commissions, panels and behavioral scientists and mental health practitioners will submit their reports and “action items” that will never be implemented at all. Or “if” they are implemented, they will be impotent and strategically ineffective in changing anything at all. We have been here before.

If we continue to pretend that there is not a serious cancer growing within the evangelical and religious community, we will be complicit in our silence and guilty by our inaction. We will be facilitating the continuing aberration of child sexual abuse that has been and continues to be imbedded within the Church and within the systems of leadership inside the Church Enterprise worldwide.  THAT is not only an epic failure in morality and decency; it calls into question our basic humanity.

How to know if you should launch a major fundraising campaign

Why You Should Consider Online Schooling For Your Child