Sign up now for our free weekly email updates.  We’ll give you the good news from our community.
Urban Views
When they cut off the breath of one...
Staying at Home Has its own Risks
Practical Tips for Caregivers Facing a Pandemic
First Responders Behind The Wall
Helping veterans and active duty military cope with...
Home Featured Social Justice Sunday September 2 Pastors Asked to ‘Call the Nation to Its Conscience’
FeaturedTrice Edney Communications

“Historically, the Black Church has been the conscience of the nation”, said Bishop Reginald T. Jackson, President of the Council of Bishops of the African Methodist Episcopal Church. “The Black Church called and challenged the nation to live up to its words and creeds, to be its best self,” Jackson added.

Little for the advancement of Blacks in this country was achieved without the leadership and participation of the Black Church. The first protest movement in the United States was led by Richard Allen, a freed slave, who led Blacks out of St. Georges Methodist Church in Philadelphia because of discrimination, and founded the African Methodist Episcopal Church.

“In the current environment, there is an urgent need for the Black Church to again be socially active, and Black preachers to be faithful to their prophetic calling”, said Bishop Frank Madison Reid III, Chair of Social Action for the AME Church. “We are disappointed that there are some of our colleagues who have proven to be ‘professional prophets’ who tell the king what he wants to hear, rather than being prophets of God and telling the king what he needs to hear”, Reid said. 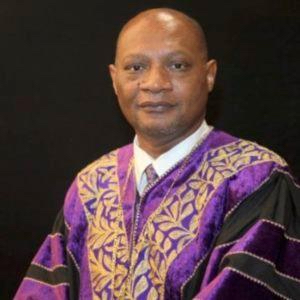 Jackson concludes, “The Bible is filled with scriptures that speak to Social Justice, and God wants His church to be about social justice, to not only praise Him, but also to serve Him. Hear the words of Jesus, ‘Thy kingdom come, Thy will be done, on earth, as it is in Heaven.’ In the midst of increased and blatant racism, anti-immigration, need for criminal justice reform, income inequality, voter suppression, and efforts to undermine our democracy, the Black Church must again call the nation to its conscience” Jackson said.

In addition to the sermon, other components of the worship service will focus on social justice. The music, scriptures and litany will all be related to social justice.

It is hoped that “Social Justice Sunday” will motivate worshippers to be active and involved in their communities, and the work of God’s kingdom on earth. “The church at its best, is not the church gathered, but the church scattered”, Bishop Jackson said, “When after hearing God’s Word, you leave the Lord’s House, to go into the Lord’s world, to make a difference in the Lord’s name.”

Jackson concluded, “Let’s gather on ‘Social Justice Sunday’ and then depart to do justice in God’s name.”

There is a case for women in leadership

How to Choose a Home Care Service for the Elderly