Sign up now for our free weekly email updates.  We’ll give you the good news from our community.
Urban Views
Staying at Home Has its own Risks
Practical Tips for Caregivers Facing a Pandemic
First Responders Behind The Wall
Helping veterans and active duty military cope with...
Latika Lee’s literary lounge builds virtual community and...
Home WritersBernard Freeman 10 Million Strong — and Growing
Bernard FreemanFeaturedMy Ride 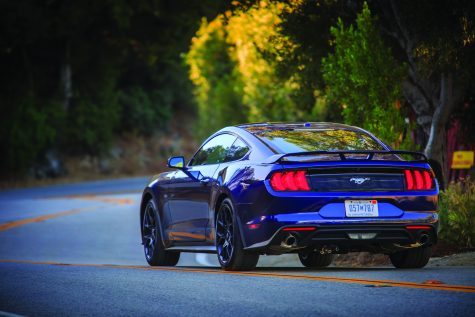 Ford recently built its 10 millionth Mustang – a major milestone for one of America’s most beloved muscle cars. The Mustang has evolved into a cultural icon across both the automotive and entertainment industries, making appearances across many movies, television shows and advertisements.

But what makes it such a classic car? The power, of course.

The 10 millionth Mustang is a white 2019 convertible with a 460-horsepower V8 and a six-speed manual transmission. Its looks match the first serialized Mustang, VIN No. 001, from 1964.

The lifespan of the Mustang stretches across 54 years and six generations.

The first Ford Mustang debuted at the New York World’s Fair in 1964. Introduced as a hardtop and convertible, the Mustang was initially listed as $2,368. According to Bloomberg magazine,

Ford sold more than 22,000 on the first day of sales – quite a feat for a hot upstart brand back in the day.

Origin of the Mustang 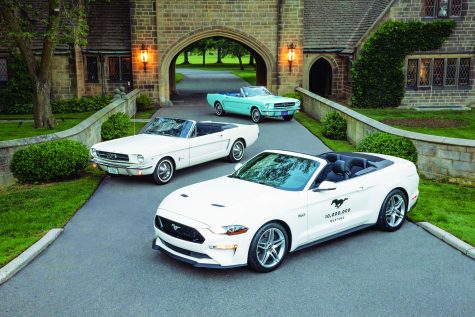 The first Mustang bought, the ceremonial VIN 1 first Mustang, and the 10-millionth Mustang on the grounds of the Edsel & Eleanor Ford House.

According to Ford, the Mustang was named after the P-51 Mustang fighter planes that fought in World War II. The company’s goal was to build a car that would appeal to both sexes with a Ferrari-like front end, air intakes on the side, and a sporty look.

It soon became the signature “pony car” within the first class of muscle cars that included the Chevy Camaro and Dodge Challenger.

Comparison with Other Brands

So how does the Mustang stack up in comparison with other top cars? According to the Detroit Free Press, Chevrolet has made more than 1.6 million Corvettes and more than 5.5 million Camaros over the years.

And outside of American sports cars, the newspaper reports that Toyota has made 44 million Corollas in 52 years.