From Blacula to Get Out: A Timeline of Black Horror Films

Diversity within the modern film industry is still very much an issue. When it comes to African American representation, the numbers are staggeringly low. According to research done by the University of Southern California, in 2017 African Americans represented 13.6 percent of characters in major film projects compared to the 70.8 percent of white characters. This disproportionate percentage is even more clear within off-kilter film subgenres like sci-fi and horror.  As a result, just the idea of a black horror film may seem juxtaposed in itself. At first glance, the two don’t seem fit within each other, like oil and water. The horror genre itself bred a trope that often makes black characters the first to get killed off in a horror movie. But, the truth is that the film genre of black horror has been a staple of the film industry for decades upon decades. 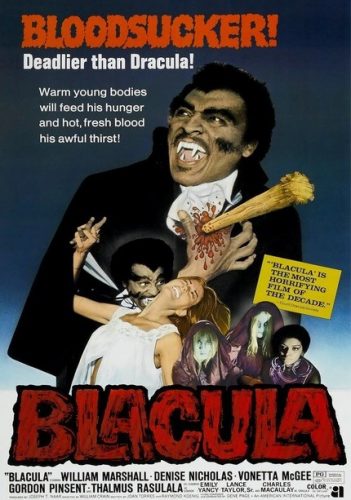 If you aren’t too familiar with the term “blaxploitation,” it’s a combination of the words black and exploitation. This era put black actors and actresses at the forefront of films and television while utilizing African American stereotypes often brought upon by the mainstream media. Some of the most popular films to come out of this era include Shaft, SuperFly, and Foxy Brown. But, what you may not be familiar with, is that the blaxploitation era had a strong run of horror movies as well within the 1970s. The first of its kind was 1972’s Blacula.

A parodic twist on the story of Dracula, Blacula is about an 18th-century African prince who turns into a vampire after getting locked into a coffin by Count Dracula. Count Dracula does this because he doesn’t want to help the African prince suppress the slave trade. The movie was groundbreaking for its time, due to its all-black cast and black director. Also, the film dealt with topics such as racial tension and homosexuality, which led to an inevitable backlash because of the human rights issues that were often debated during that time period.

Blacula was instrumental in showcasing the potential of what black horror could look like for a new generation. 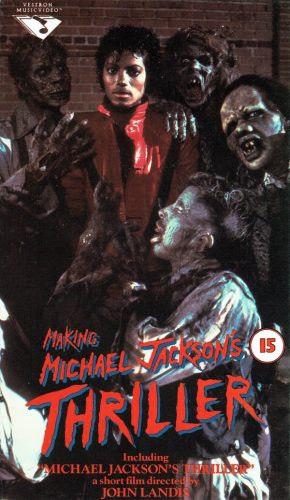 1980s: How Thriller Took Over the World

The most instrumental piece of black horror to come out of the 1980s wasn’t even a film; it was a music video. Publications far and wide, including Billboard, Insider, and Time have considered Michael Jackson’s Thriller to be incredibly influential throughout pop culture. The video was even inducted into the National Film Industry by the Library of Congress in 2009. It’s the first music video to ever achieve this honor. The library called the video the “most famous music video of all time.” The instrumental popularity of this music video put the idea of black horror in millions of homes across America for decades to come. 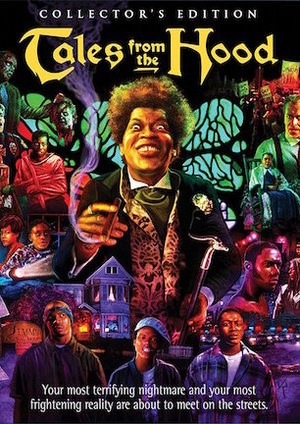 As “hood dramas” like Menace 2 Society and Boyz n The Hood rose in popularity throughout the box office, the film subgenre “urban horror” began to rise alongside it. This subgenre brought supernatural and traditional horror elements to the everyday streets of America. The era bred many movies such as Def by Temptation starring A Different World’s Kadeem Hardison and Urban Menace starring Snoop Dogg and Ice-T. But, the Spike Lee produced Tales From the Hood (a spin on the popular Tales from the Crypt horror anthology series) brought a new spin to the genre by twisting traditional horror elements with real life horrors such as gang violence, institutionalized racism, and police corruption. The movie touched on issues that the African American community faced on a day-to-day basis and brought them to the big screen to shock audiences around the globe. 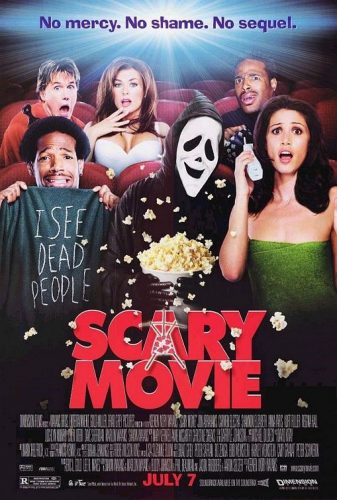 As the horror genre began to get more popular, its movies often fell back on tropes and stereotypes that popular horror movies of the 80s such as Nightmare on Elm Street and Friday the 13th wrote into existence. Director Keenen Ivory Wayans exploited these tropes within the horror genre and interpreted them into his own parodic horror movie: Scary Movie. The film referenced many different films and television shows from the mid to late 90s, but heavily took from the decade’s incredibly popular slasher films including 1996’s Scream and 1997’s I Know What You Did Last Summer. 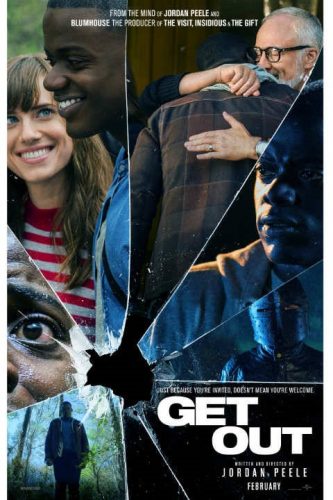 In the 2010s, the horror genre maintained its popularity with hundreds of major horror film projects being made throughout the decade.  But, the representation of African Americans within the horror genre was few and far between. It wasn’t until the introduction of the genre-defining horror film Get Out that the eyes were widened for a new generation of black horror fans and creators alike. Directed by Jordan Peele, known for his comedic talent, Get Out is about a black photographer visiting his white girlfriend’s parents for the first time. He then uncovers a disturbing secret in the process. The film explores many deeper themes all in the realms of African Americans’ long history with racism. Get Out didn’t just resonate with audiences all over the world, it was also a critical success. The film won countless awards including Best Original Screenplay for Jordan Peele at the 90th Academy Awards. That made him the first black winner for the award in the history of the Academy Awards. The film also was the highest grossing film domestically directed by a black filmmaker at the time.

Black horror is here to stay and has been embedded in the film industry for a very long time despite the industry’s issues with diversity. From the blaxploitation roots of Blacula to the viral sensation of Get Out, each film within this subgenre adds a much-needed expansion to the boundaries of black horror. The subgenre has grown to be almost as varied and diversified as the black perspective. It’s only a matter of time before the genre reaches a new thematic standpoint and gives African American audiences more much-needed representation within the genre of horror.

Surviving the pain of being a college freshman