Sign up now for our free weekly email updates.  We’ll give you the good news from our community.
Urban Views
When they cut off the breath of one...
Staying at Home Has its own Risks
Practical Tips for Caregivers Facing a Pandemic
First Responders Behind The Wall
Helping veterans and active duty military cope with...
Home Featured Was Megyn Kelly justifiably fired for racist insensitivity?
FeaturedWeekly Poll

Social Media has been all abuzz about political correctness after NBC’s termination of Megyn Kelly for defending Blackface. Tearful apologies aside, this is clearly not the first racially insensitive comment attributed to the former Fox News anchor. Kelly reportedly sent a note of apology to colleagues describing herself as someone who is not “PC”. Supporters suggest she is a victim of political correctness gone amuck.

What’s Your Take? Was Megyn Kelly justifiably fired for racist insensitivity or was she the victim of political correctness? 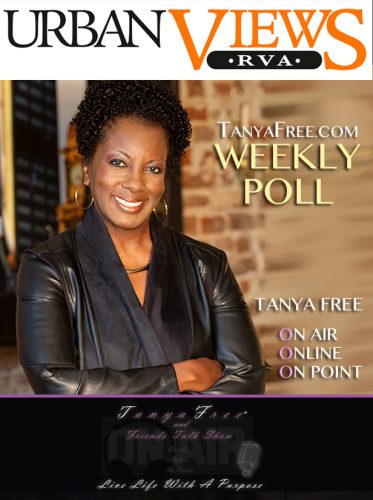 Check out the story and respond to this week’s poll at TanyaFree.com and the Urban Views RVA FACEBOOK Page. Listen to the Tanya Free and Friends Talk Show Wednesdays @ 2pm on “The Choice” WQCN 105.3FM, streaming LIVE @ TanyaFree.com and BlackTalkRadioNetwork.com. You can now watch us LIVE at TanyaFree.com, Periscope on Twitter and ustream.tv

The Urgency of the Moment

A Fitting Snack for Holiday Festivities