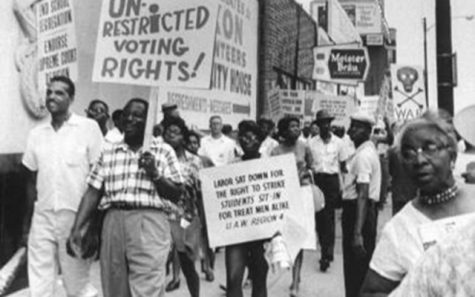 Recently in the hotly contested race for Governor of the State of Georgia, the vanquished candidate Stacey Abrams intentionally made it clear that although she did not win the race for Governor, she was NOT conceding the race to her opponent, Former State Attorney General Brian Kemp. Had she been elected, Abrams would’ve been the first African American woman ever to become a Governor. Her unwillingness to actually concede the election is extremely significant in this era of voter suppression and disenfranchisement. This particular case has an even greater significance in light of the Supreme Court decision  (Shelby County v. Holder) in 2013, which threw out certain provisions of the Voting Rights Act, including section 5.  Section 5 requires those states that have documented historic evidence of voter intimidation and suppression to gain a “preclearance,” from the Courts before changing any policies, practices or procedures in their voting requirements, locations, dates or other adjustments or revisions that may have a negative and/or discriminatory impact upon historically disenfranchised voting populations.

What has been alleged is that the GOP and the candidates they support have used the weakening of the Voting Rights Act of 1965 to re-engage in the same “types” of tactics and methods that were used in the South in “times past” to intimidate and suppress voters and the votes of, specifically, African American citizens. During the campaign Brian Kemp, the State’s Attorney General, adjudicated the election process even though he, himself, was a candidate for office. He refused to step down so as to avoid the appearance of fraud or self-dealing.  What ensued were claims of massive voter purging, which overwhelmingly affected voters of color and those registered as Democratic voters. And, voter suppression due to the tens of thousands of people who registered to vote and subsequently had their registrations put on hold for “further review” while other registered voters who requested absentee ballots never received them at all?  This was happening while the Abrams campaign fought to get-out-the-vote, to register new voters, and to engage formerly disengaged voters all over the state.

The Right to Vote is a fundamental right enshrined in the Constitution of the United States of America. It is a privilege of citizenship and in a Free Democracy it is the way we exercise our will as its citizens. We the People by virtue of our citizenship have the responsibility in self-governance to exercise our will through casting our votes at the ballot box. Our basic rights as citizens are ominously under attack by those who would usurp our liberty and freedom by systematically creating barriers, gerrymandering districts, and intentionally disenfranchising the electorate by not counting ALL the votes and by not allowing ALL who are legally eligible to vote, to actually be able to cast their VOTE. Unless we encourage and ensure ALL of our citizens have the right to VOTE, and unless and UNTIL we make voting the easiest, simplest and most accessible thing we can do as Americans, all we have is a FAKE Democracy.

Your dollar makes a difference