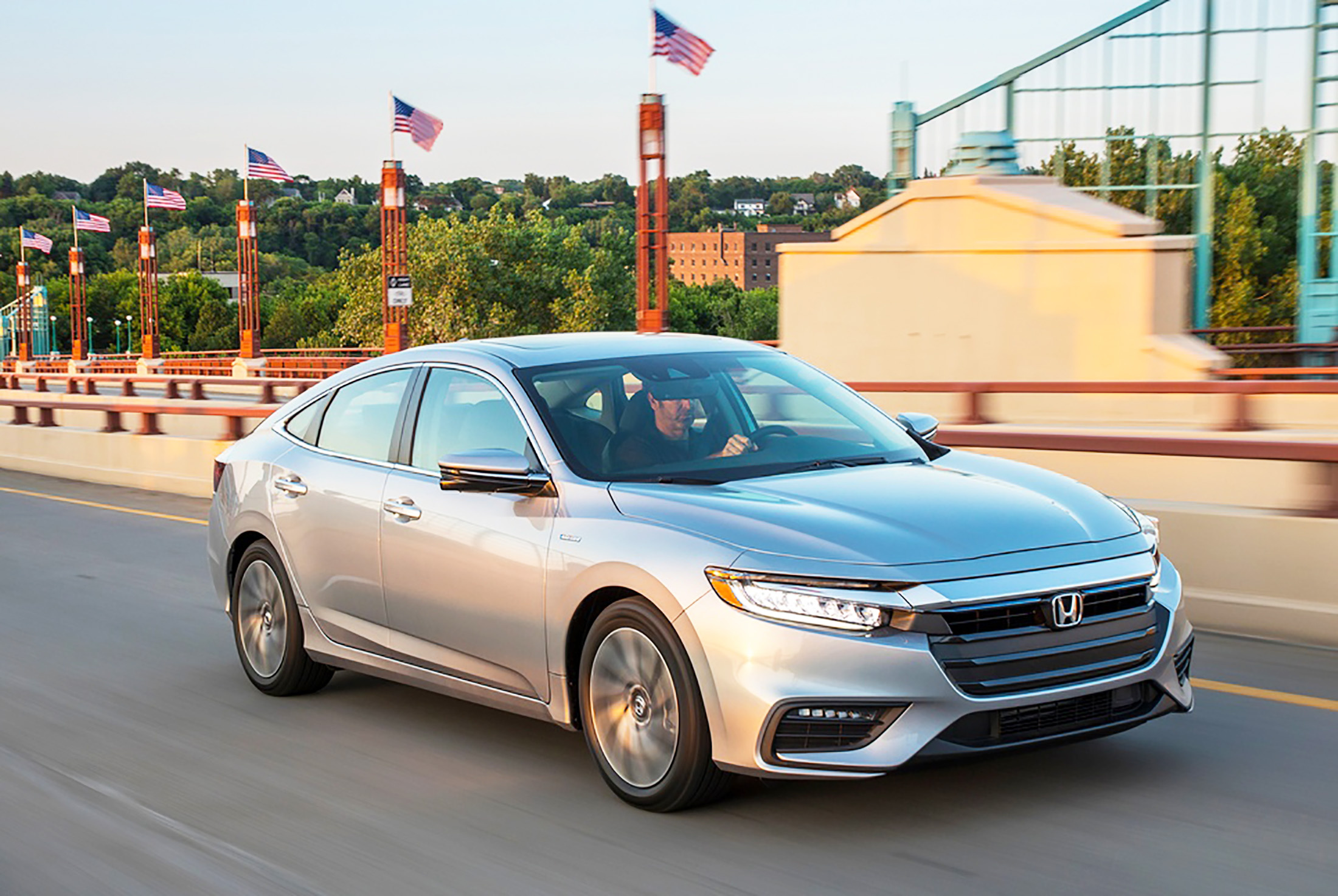 The Honda Insight is back, and it looks more conventional than ever before. This two-motor hybrid is positioned as a premium compact car between the Civic and the Accord in Honda’s lineup.

To re-introduce itself for 2019, the Honda Insight is eschewing something it embraced from its inception: funky styling.

Whether it was to eke out slightly better gas mileage from its sleek, aerodynamically slippery shape or – more likely – to grab attention as a futuristic, forward-looking vehicle, the Insight hybrid always had a bit of an unusual body.

The all-new 2019 Insight looks more conventional than ever, despite being more radically efficient than any point in its history. Its two-motor hybrid system earns it a 55-mpg city fuel economy rating, and it does so without feeling underpowered or unrefined – the one-two punch that caused the previous Insight’s sales to spiral lower until it was discontinued after 2014.

The new Insight combines a 1.5-liter gasoline engine with an electric motor and lithium ion battery pack, and it feels surprisingly aggressive at the throttle. It’s a car that responds quickly to driver input, a yin to the Toyota Prius’ soft-riding, slow-responding yang.

Honda emphasizes this with a “sport” driving mode on the Insight. It draws more power from the battery to accelerate faster and feel more enjoyable when the driver wants it. For the opposite experience, “econ” mode smooths the throttle response and optimizes fuel efficiency.

Unlike the previous Insight, which was priced under $20,000 and aimed for hybrid bargain hunters, the new version is aimed at a more premium market between the Civic and the Accord in Honda’s lineup. What’s most remarkable about it is how normal it looks and feels. 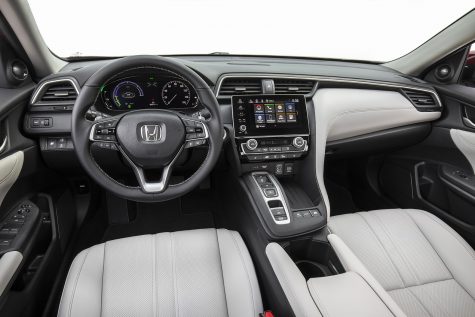 The Insight’s cabin is a marvel of sport packaging. It makes the most use of its space and keeps the battery pack and drivetrain components from intruding on the passenger compartment or trunk.

The body is sleek and contemporary, but it lacks the space-age strangeness that defined its ancestors. The driving experience is likewise impressively similar to non-hybrid, gasoline-only cars, with a transition to and from electric power so smooth it’s barely perceptible.

It’s also available with the ingenious LaneWatch camera on the passenger-side mirror, which lets the driver see a video feed of the car’s blind spot when changing lanes. Every time I use it, I’m amazed that more car brands haven’t jumped on the bandwagon and offered the same feature. It’s that good. LaneWatch is standard on EX and Touring trims.

More importantly, the new Insight has a cabin befitting its premium-compact aspirations. It does a good job keeping wind and road noise out of the car, and it’s designed in a way that makes it feel roomier on the inside than its body dimensions would suggest. A spacious trunk and ample leg, knee and hip room mean it doesn’t suffer from the minor packaging drawbacks that hybrid cars traditionally require.

Completing the FAFSA When You Have Divorced Parents

It looks and drives like less of an oddball hybrid after being completely redesigned for 2019. It has great cabin packaging, enjoyable driving dynamics and still comes with an impressive fuel-economy rating of 55 mpg in the city.