The Sikh Temple, the AME Church, the Synagogue, the Mosque 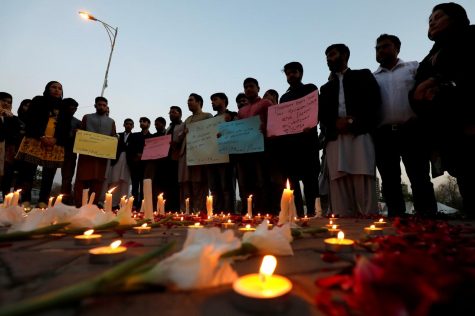 Here we are once again, wringing our hands as if there is nothing that we can do? Sending empty and meaningless angst-filled words like “condemning this act of violence” and “thoughts and prayers” to a community ripped apart by the inhumanity of racism, Islamaphobia, xenophobia and white nationalism. Once again, there comes the cavalcade of punditry, analysis and the attempts at connecting the so-called dots. And yet, the hypocrisy of these typical responses is that with all of the hand-wringing and continued denials, and all of the abdication of any responsibility whatsoever from the leadership in the White House, to the Church House, to the Courthouse, there are individuals, organizations and institutions who enable the “current situation” to continue by complicity, silence and rationalization. We can no longer ignore the facts in front of our faces. The evidence is clear and the blood of the Sikhs, the Blacks, the Jews, and the Muslims is all over the white nationalist community and the ideologues that ground their dogma and manifesto squarely in the center of White Supremacy.

What has been silently ignored and quietly tolerated by the white evangelical community is that the President they support has indeed unleashed, coddled and legitimized racism and White Supremacy from the seat of power, the Presidency of the United States of America. The continued equivocation on rhetoric full of anti-Semitic, anti-Muslim, anti- immigrant and anti-Black Racism that has been on the rise and visibly exacerbated by the denials and complicity of “good white people”, while being actively supported by white evangelicals and the one issue voter, has become dangerously apocalyptic for communities of color and life-threatening for our basic rights to religious freedom.

White Evangelicals have been painfully silent in Trump’s America! That is unless they are defending the President himself or shouting “Make America Great… Again!” Is “For God so loved the world…” no longer the practice of their faith? Where is the outcry? Where is the outrage? There is a deafening silence while the mass murder of people of faith while in prayer and worship within their respective temples, churches and mosques happens over and over and over again while you, white evangelicals, stay inside your church houses and Say Nothing and DO Nothing…THIS is what has made you responsible!

You are ALL contributors to the deeply hateful racial climate in which we find ourselves now! Your lack of concern, with your heads buried in your hymnals is heartbreaking to witness. It is this truth that continues to make you complicit while the practice of your faith becomes an abomination and a disgrace to the TRUTH of the Gospel you espouse. America, we have lost our moral authority as world leaders while White Nationalism and White Supremacy continue to infect the world with its hatred and destruction.