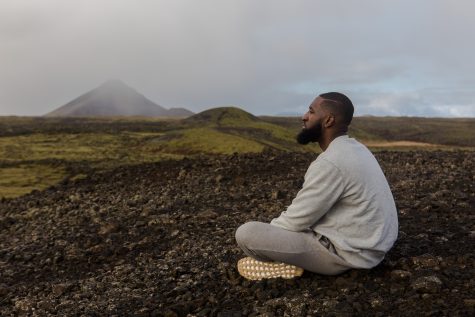 There are things that are important and things that are not. The quality and impact of one’s life and the living of that life is extremely dependent upon how effectively one can identify the things that are important and separate them from the things that are not. The ability to do that will determine whether you use your time effectively or if you are just wasting your time. All of us have an allotted amount of time on this earth. This is true no matter your religious beliefs or spiritual practices. It is true even if you have no beliefs whatsoever. Which in itself is a highly improbable supposition. The point is TIME is something that we have very little control over in that we cannot stop Time, we cannot go back in Time and we cannot slow Time down. Watching how fast children grow up is a testament to that fact.

Time is an illusive thing when we look up and a whole day has gone by and we feel we’ve accomplished nothing. It begs the question, “Where did the time go?” How quickly time passes when we are enjoying some “free time” with friends or family, or the inevitable frustration that comes upon us when there’s a lack of time, igniting the feeling that there’s just too little time in the day when we have important deadlines to meet at work or at school.

We live at a time in human history where automation, industrialization, mass media and information are all within our immediate grasp. In fact, we live in a 24-hour news cycle, cable television and social media overload.  Hours upon hours of each and every day are spent scrolling through our social media feeds, checking and re-checking our text messages, Instagram, Snapchat, Twitter and Facebook accounts. All of this has come at the expense of actual human contact, actual person-to-person communication and time spent in the company of other human beings. With all of the innovations in technology designed to advance humanity it appears that paradoxically what has happened to us as a people is that we have grown further apart from one another. It certainly feels like people are more divided in today’s modern techno-savvy America than we were decades ago when people knew their neighbors by name and spent time in community. Our communities had gatherings that were more about getting to know one another or celebrating family milestones than about organizing a protest or railing against the politics of the moment.

This nation has just endured a 2-year investigation into the President of the United States and his campaign where hours and hours of time, energy and resources were poured into the questions of conspiracy, collusion and obstruction. The report has now been turned over to the “powers that be” and has resulted in conflicting conclusions. Ultimately, the questions asked by the probe have not all been answered and the book has not been closed. Which leaves us where? We the citizens

and our elected representatives must determine if we want to spend any more time, time that might be better spent on other endeavors, on these questions of conspiracy, collusion and obstruction? If there’s nothing that can be done, if there’s not enough evidence to make any official charges (legally), and if the so-called evidence is inconclusive why do we want to continue to spend our TIME on this when it can be better spent on other things? Don’t waste your time.

How to write a grant proposal