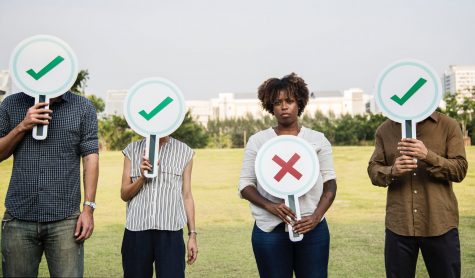 A double standard occurs when two or more people, circumstances or events are treated differently when they should be treated the same. The implication is that two things that are the same are measured by different standards. Parents are often accused of this practice when they say things like “Do as I say not as I do!”

Marginalized groups are very familiar with being judged by a different standard and measured by a different metric altogether than the dominant group. The visual dissonance created by the number of women now holding seats in Congress and the resounding passion and preparation with which they represent their respective Congressional districts is not only refreshing, it challenges the status quo. And it can be argued, that is exactly why they were elected in the mid-term elections last fall. These newly minted Congress Women were sent to Washington to shake things up and that is exactly what they are doing. They are quickly becoming “super stars” as they fight for the people and against inequality, injustice and the antiquated system of government that works more for the rich and the powerful than it ever has for the average American citizen.

The demographic makeup of the first year Congresswomen is also historic with several Muslims, a Native American, the first Latina elected to represent Texas, and the state of Tennessee electing their first female representative ever. Women now make up 25% of the U.S. House and 23% of the Senate even though women are 51% of the U.S. population. The ways in which these lawmakers are judged and held to certain standards that their male counterparts are not continues to reinforce the culture of sexism and misogyny that permeates society even with the emergence of the “MeToo” era where claims of “I get it” can fall flat when held up to “actions speak louder than words.”  When political position and conviction intersects with race, gender, national origin and religion all converging in the body of one woman, the idea of fairness, whether or not you agree or disagree with the politics, is tested and stretched beyond the limits of truth itself.

The recent attacks on Congresswoman Ilhan Omar from Minnesota are both outrageous and dangerously incendiary to the point of being life-threatening. Omar is an outwardly visible Muslim woman who speaks with conviction and passion regarding the anti-Muslim sentiment and rhetoric propagated in America as well as throughout the world. Unfortunately, many Americans tend to associate terrorists and terrorism with Islam. The 911 attack on American soil fuels many of these sentiments along with our nation’s “hands off” policy when any critique is proposed regarding Israel’s right to exist in comparison with the Palestinian right to have their own homeland and sovereignty beyond the colonial rule of the State of Israel. The complexity and sensitivity involved in this ancient discussion erupts in passion-filled tropes that demean and

dismiss on one hand and incite violence and hatred on the other. When the ensuing hatred and vitriolic rhetoric incites death threats and calls for the resignation of a young Muslim woman who is an American citizen, duly elected by the People, comes from the Office of the President of the United States that’s extremely problematic. When there’s silence from our nation’s leaders of government, faith and community THAT is the worst of Double Standards. That kind of hypocrisy is like playing with fire. God forbid some tragedy should befall the Congresswoman because the silence and complicity will become the TRUTH and Consequences of that Double Standard.