Sign up now for our free weekly email updates.  We’ll give you the good news from our community.
Urban Views
When they cut off the breath of one...
Staying at Home Has its own Risks
Practical Tips for Caregivers Facing a Pandemic
First Responders Behind The Wall
Helping veterans and active duty military cope with...
Home My RideAuto Reviews Edge Adds Features, Style
Auto ReviewsDerek PriceFeaturedMy Ride 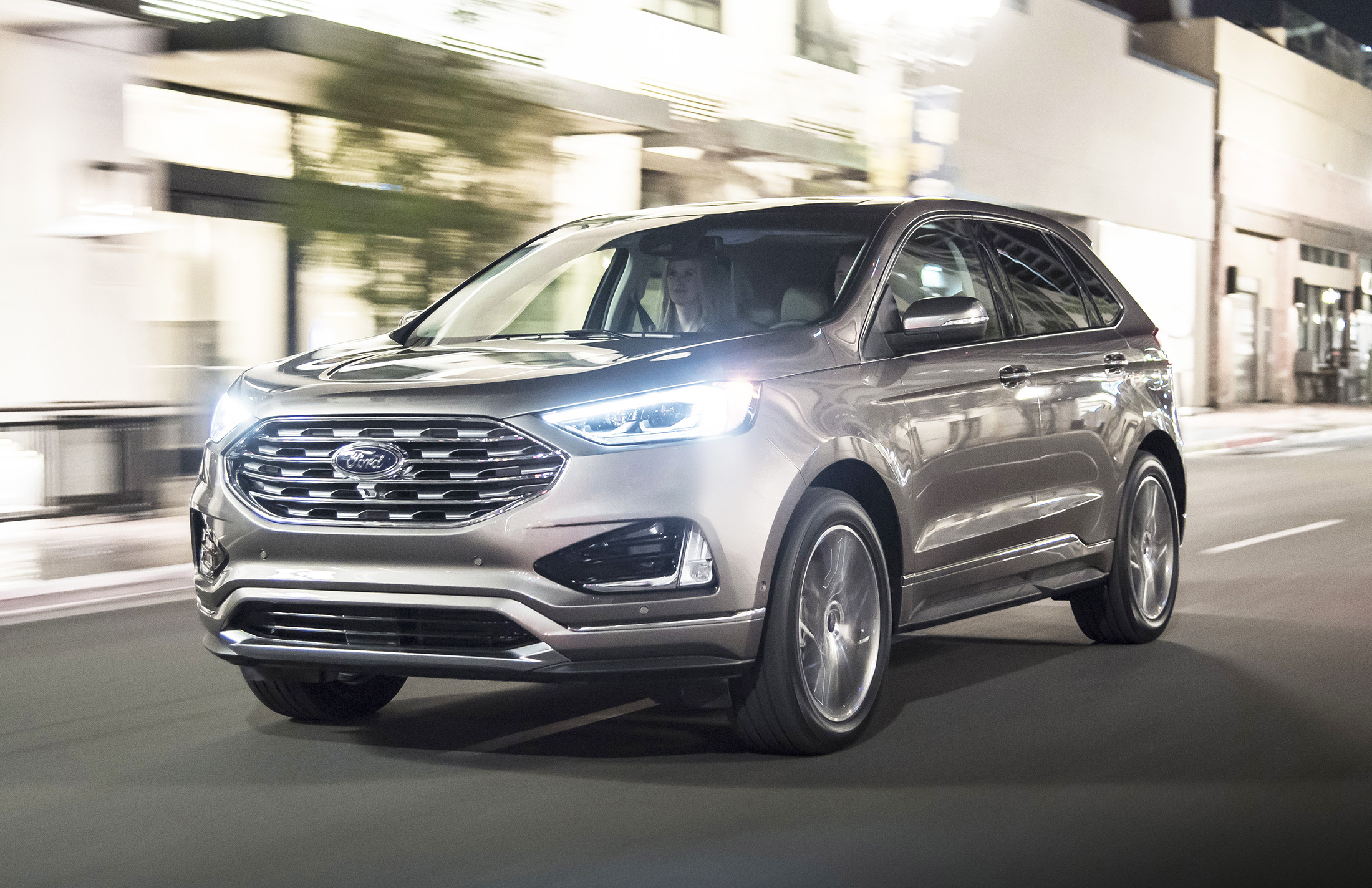 The Ford Edge gets several upgrades for 2019. Perhaps the biggest news for this two-row crossover is the introduction of the high-performance Edge ST model, the first vehicle of its kind from Ford Performance.

The Ford Edge has a new look this year, but what is under the skin gets even more attention.

Instead of making it an extra-cost upgrade like many of its competitors, Ford’s suite of driver assistance features – lane-keeping assist, blind-spot sensors, automatic emergency braking and more – are now standard equipment, including on the base model. Rain-sensing wipers and automatic high-beam headlights are also standard equipment. Those bonus features make the Edge a good value among midsize crossovers, helping it stand out for reasons beyond its supple ride and roomy cabin.

Minor styling updates in front and rear keep it looking sleek and contemporary for 2019, but fast-changing competitors are making its cabin and infotainment system feel dated. Its plastics and knob layout, along with clunky graphics on the touchscreen, show its age.

Functionally, though, I have no complaints. Even though the block-like graphics of Ford’s SYNC interface look like museum relics, it’s actually designed very well. It responds quickly and is intuitive to use. And if you want to see the best of 2019’s in-car digital goodies, just plug in your smartphone to use Apple CarPlay or Android Auto, which run perfectly smoothly.

The same applies to its cabin, especially the newly designed center console. 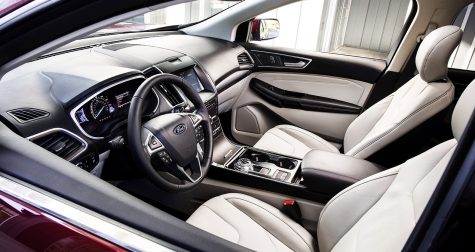 A new eight-speed transmission gave Ford the opportunity to incorporate a rotary shifter in the 2019 Edge, freeing up a bit more cabin space to add two new storage bins in its redesigned center console.

The Edge gets an eight-speed automatic transmission this year, something that not only delivers crisp, smooth shifts from its 2.0-liter turbocharged engine but also frees up extra space for storage in two new bins thanks to a rotary shifter.

I spent a week driving the new Edge, in its upscale Titanium trim level, a pleasant experience for practical and logical reasons. Good gas mileage — rated for 28 miles per gallon on the highway, even with all-wheel drive — and a spacious two-row cabin are clear justification why crossovers like this are outselling sedans these days.

For people who want to add emotion into that mix, Ford is also doing something surprising and exciting this year by rolling out the Edge ST, the first SUV created by Ford Performance.

With 335 horsepower and 380 pound-feet of torque from its turbocharged V6, speed is the Edge ST’s biggest selling point. It also has a sport-tuned suspension and selectable traction control for performance driving if you ever want to push your family SUV hard on a track.

A Comedy of Errors

A new package of standard features makes it an even better value. It retains its spacious cabin and notably smooth ride.