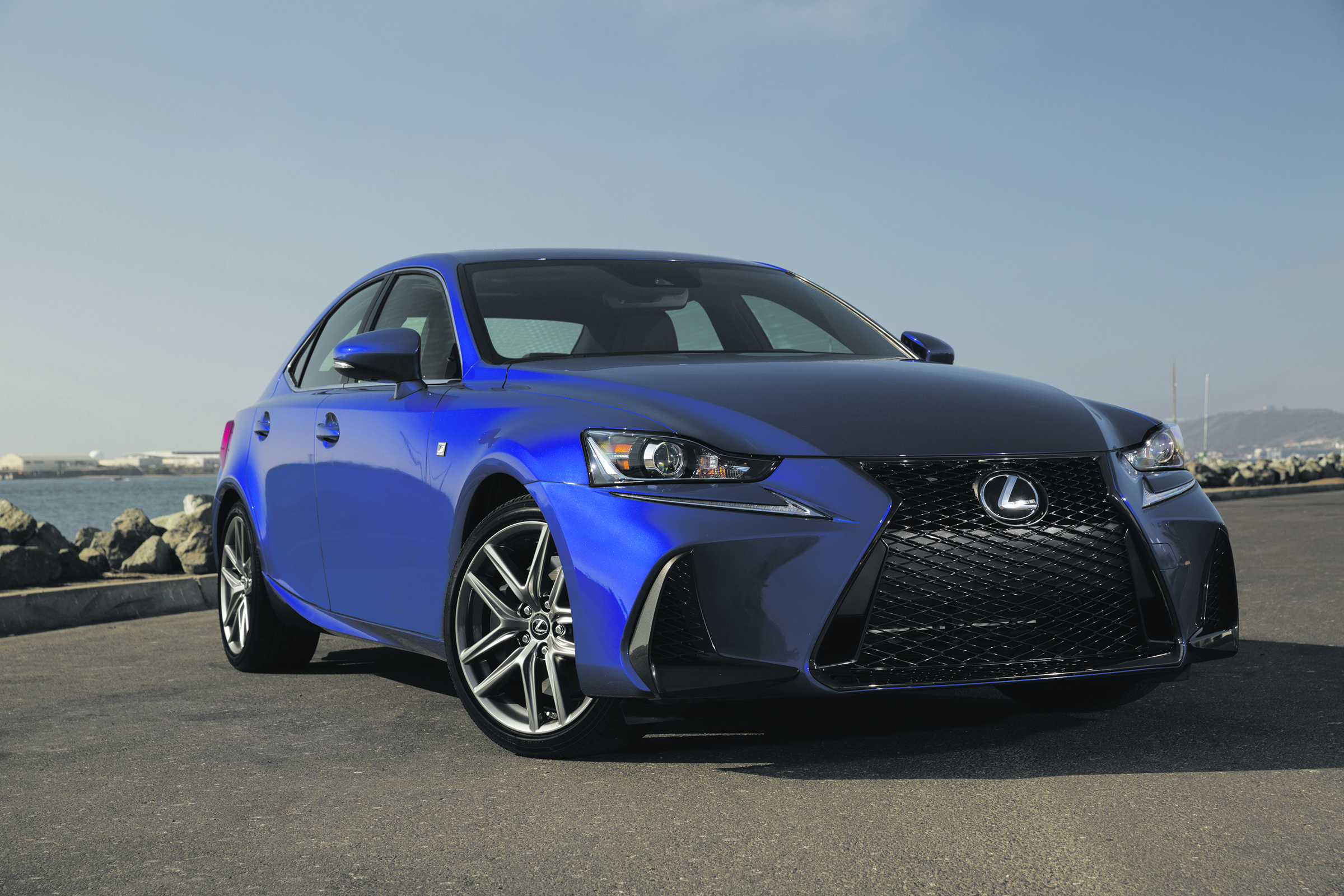 A true sport sedan in every sense of the term, the 2019 Lexus IS delivers exhilarating performance, distinctive styling and world-class quality in a luxurious package. For 2019, the IS offers a new look up front with optional triple beam LED headlights while rear-wheel drive IS 300 models benefit from a re-tuned ECU that is designed to deliver more immediate throttle response, enhanced shift performance and reduced turbo lag.

Available as an option across the model line, the new triple-beam LED headlights deliver exceptional visibility for the driver along with a unique new look. Set in a distinctive “L” shaped pattern, the three, low-beam LED lamps project from the outside edge of the light cluster while a center-mounted high-beam bulb remains for even greater visibility when conditions allow.

At the rear, the Lexus IS has an equally interesting light signature thanks to the refined look of the “L”-shaped LED taillights. The car’s sporting nature is further emphasized by the chrome exhaust tips and standard five-spoke 17-inch alloy wheels.

The rear-wheel drive IS 300 features a 2.0-liter, turbocharged and inter-cooled inline four-cylinder engine. Rated to deliver 241 horsepower, the stout four-cylinder also produces a solid 258 lb-ft of torque that’s available from 1,650 rpm all the way up to 4,400 rpm. It’s not only powerful, it’s efficient, too, thanks to a sophisticated Variable Valve Timing intelligent-Wide system which allows the engine to switch between the Otto and Atkinson combustion cycles to maximize efficiency.

For added traction in cold-weather climates, the IS 300 is also available with all-wheel drive. The IS 300 AWD is powered by a 3.5-liter V6 that delivers 260 hp and 236 lb.-ft. of torque to all four wheels through a six-speed automatic transmission. The electronically controlled all-wheel drive system is designed to help enhance traction and grip by automatically varying front-to-rear torque distribution. On dry roads it maintains a 30:70 front-to-rear torque split for maximum performance, but it’s capable of sending as much as 50 percent of the power to the front wheels in certain conditions.

Available on all IS models, the F SPORT package heightens the handling capabilities with unique suspension tuning, 18-inch wheels and tires and an optional Adaptive Variable Suspension on IS 350 models. A TORSEN® limited-slip rear differential is also available on rear-wheel drive IS 350 models while all models with the F SPORT package get LFA-inspired instrumentation, new Dark Gray Streamline interior trim and unique F SPORT exterior styling enhancements. Heated and ventilated sport seats are also part of the package along with a black headliner, aluminum pedals and a leather-trimmed shift knob and steering wheel.

The 2018 IS offers two multimedia systems: the standard high-resolution Lexus Multimedia System with a 7-inch screen and 8-speaker audio, or the optional navigation system with a 10.3-inch screen. The optional high-resolution split-screen multimedia display provides immediate, simultaneous access to audio and climate controls and various systems. On vehicles with the standard multimedia display, Scout® GPS Link includes 3D functionality and turn-by-turn directions. With subscription-free traffic and weather updates, getting to your destination is easier than ever.

Recipes to Take Summer Gatherings to the Next Level