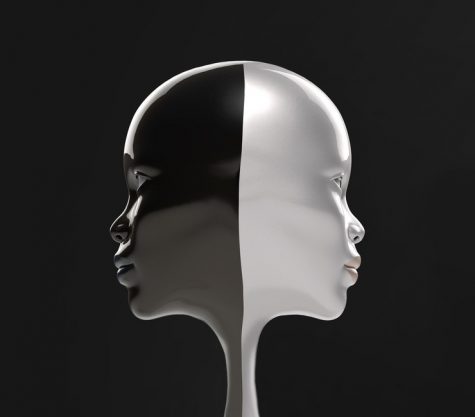 Human beings are certainly fallible. There is no question about that. No matter how we strive to be of good character and honorable in word and deed, we often fall short. One of those shortcomings frequently shows up in the oft-quoted trope “Do as I say not as I do!” Upon hearing this and other clichés like “Because I said so!” children’s eyes roll back in their heads and they become soaked in the disappointment and discouragement of second-class citizenship, instantly realizing that there are two different sets of “laws” by which they live.

The first set is for the powerful and “grown-up” people who are not only in charge of making the laws, but also in charge of enforcing them and determining the penalty to be imposed on those who break said laws. The high standards of adherence to the laws as set forth by these parental units are imposed on these second-class citizen children, whether or not they comply. And the penalty for non-compliance is usually swift and unrelenting.

No matter how valid or justifiable the punishment for breaking these laws may be, the undeniable recognition that the ones doling out this so-called justice do not have to adhere to the same standards, rules or regulations as those who are under the law’s harsh punishment. And this fact makes the subjects of the law resentful and envious while longing for a time when they too can step over or ignore these laws. They, too, want to be “above the law” in the same way as their lawmakers. In fact, right now in America, we have a system of standards and laws that “some people” have to obey for fear of arrest and/or imprisonment and “other people” can completely ignore without fear of any consequences whatsoever.

The Founders designed the United States government as three co-equal branches of governance with a system of “checks and balances” so that each branch could be put in check by the other branches in a systematic way to protect our democratic system of government for the People and by the People.  At this moment, we have a dysfunctional government whereby our system of “checks and balances” has completely broken down. The Legislative branch has handed over its Constitutional power and responsibility to hold accountable an out-of-control Executive branch to our system of Law and Order. Every other American is held to comply with the laws of the land and, yet, the present Administration in Washington, DC is not being held to the same standards due to the lack of courage in our Legislative leadership to stand up to an Out-of-Order Executive branch — Namely the President of the United States.

What disenfranchised communities understand all too well is that we live in a country where not only is the LAW implicitly un-equal, it is also un-equally applied to the citizenry of this nation. Rich white men can do and say almost anything including breaking the law in plain view and even on tape and be completely immune from suffering any consequences for their actions. This “protected class” is, in fact, above the law and is protected from judgment due to the “office” they hold.

They cannot be prosecuted and, hence, cannot be charged? They smugly ignore the law and any compliance to the law. They stack the deck with legions of lawyers, Attorney Generals; corrupt staffers and partisans that have only allegiance to the lawless and criminal MAN holding the office and not to the country or to the oaths they swore to its citizenry. We are NOT Living in a free and equal society and we ALL need to stop pretending that we are.

Simplify Summer on the Grill

If the sun is heating your home, an awning may be what you need