The Problem with Joe 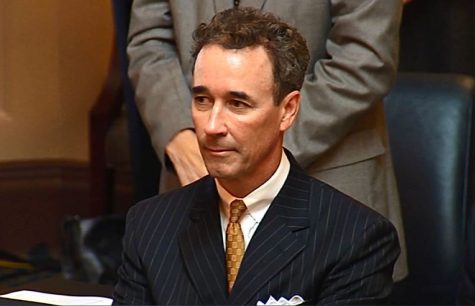 The unfortunate truth is that although it is common knowledge that all people are flawed individuals and we have all fallen short, at times, of our goals and aspirations, we still have an intrinsic right and obligation to choose our leaders wisely. It is imperative that we look deeply at the character; integrity, values and belief systems of those we expect to lead us.  This is true whether we are talking about community leadership, municipal leadership, statewide leadership or leadership on the national stage. There must be standards by which individuals seeking public office are judged. Not every individual who can step into a leadership position should do so, especially given the time, place or circumstances surrounding the office they seek or the people they intend to lead. Even those who have previously been leaders may be unsuited for the job they seek today. With all that said can we talk about the problem with Joe Morrissey?

In the Age of Trump there is no denying that the “game of politics” has most definitely changed. No longer do we demand that the people we elect are of good character and high moral standing. We are no longer looking for experienced and qualified candidates with high academic achievements or a body of knowledge and expertise in leadership and service. No. In this new era of Reality-TV based politics, where Twitter is the most prolific purveyor of information and U.S. Policy is doled out in 125 “characters”, the high calling and pride in serving the citizenry from elected office has devolved and descended to a lower level of baseness and transactional “deal making.” And it doesn’t matter in the least who we are “dealing with” or what those individuals or entities represent.

Today, we have the expectation that the debate between our candidates will be a blow-by-blow “how low can you go” type of street fight with a certain flair. The historic and ongoing series of disappointments that communities of color often experience when those so-called “woke” white folks come vying for our support and, ultimately, our vote has not gone un-recognized in our recent primary election where a significant number of Virginia’s Black voters actually voted for a man who has been convicted of contributing to the delinquency of a minor, arrested for felony assault and lost his law license (several times) over a qualified Black woman already serving with no criminal record. It appears that in Virginia we are also a part of the Reality-TV model for candidacy and election, the “how-low-can-you-go” model. It seems not unlike the trend we see in the American political system right now, we like the white guy with more dirt, more bravado, more children by more women, more legal drama, more scandal and criminality “as if” we are watching a made-for-TV drama series. We

make more excuses for the white guy; we ignore or turn a blind eye to the abuse, questionable character and criminal convictions; we deny the behaviors and we embrace the bravado, the privilege to subvert and ignore the law as if it doesn’t apply to them. It is unbelievable that with all the baggage Joe Morrissey brings with him, that the Black community continues to carry that baggage for him, while simultaneously opening the front door for him to walk right into the State House not long after serving time in the jailhouse. The 2020 election season is clearly “anything goes!”

What have you done for your campaign solicitors lately?