Sign up now for our free weekly email updates.  We’ll give you the good news from our community.
Urban Views
Richmonder picks Duke’s master’s program over Stanford, others
2020 graduates tag memories while touching hearts
As COVID-19 Phase 3 Vaccine Studies Begin, We...
Financial guru offers tips for fiscal health during...
The Impact of COVID-19 in Our Community: Let’s...
Home I'm Just Sayin'Dr. T Beyond the Law
Dr. TFeaturedI'm Just Sayin' 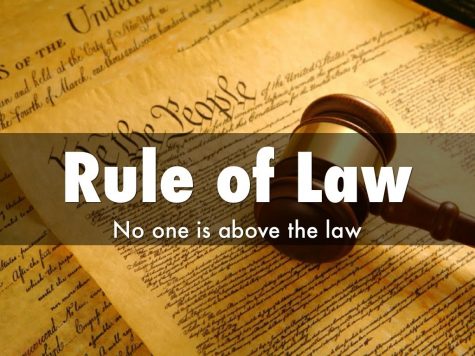 There has been a consistent proclamation of, “No one is Above the Law!” coming from elected officials to political pundits and even from leaders of the Faith community. In fact, the claims have become so persistent and so strident that the repetition of that refrain seems to be persuasive enough to convince most people that it must be true. Although it seems that in a free society the above assertion should be unequivocal, clearly it is not.

Given everything that we have been witnessing over the past few years, months and weeks, the belief that the laws of the land apply to everyone equally is like believing in a fantasy while living in the reality that the system of justice is clearly flawed and there are laws that apply to some that Do Not apply to others. The privileged and the powerful routinely flout the law as if it were some minor annoyance or insignificant obstacle to be maneuvered around. Evidence of this clear and this inconvenient truth includes attempts to ban people of the Muslim faith from entering the United States unilaterally in opposition to the U.S. Constitution, the outright refusal of the Executive to submit to the legal oversight of the U.S. Congress and, most recently, the audacity to ignore the Supreme Court in the case of the “citizenship question” on the 2020 U.S. Census.

There has also been an unparalleled amount of investigations into federal agencies and into federally elected and appointed officials for corruption, waste and abuse resulting in significant resignations and even some prosecutions.  And, yet, the consequences of “the Law” for these people bypasses any type of significant impact and continues to be tepid at best. if not absolutely impotent, in punitive outcome.

The separation of families seeking asylum and the incarceration and the detainment of migrant children as young as 3 months old in concentration camp-like facilities that have been reported to be without proper clean and sanitary conditions, adequate food and medical attention amid severe overcrowding challenges both U.S. and International Law. If we are to believe the documented accounts by the media and the U.S. Congress members who have visited with the detainees inside these facilities, what the United States government is currently doing at the behest of the President makes it clear that certain individuals may not only be above the law, they are both outside the law and even beyond the law itself.

“Equality and Justice for All” has never been true for all people within the United States of America. However, the preponderance of evidence continues to show just how UN-Equal the systems and institutions are within the world’s most prominent (de) Mocracy! The ever-increasing, world-wide scrutiny on our government and the disgraceful positions and postures we have recently demonstrated throughout the world with the G20 gathering, the withdrawal from the Iranian

nuclear deal and the Paris Agreement on Climate Change has diminished our standing as a nation with high moral standards, integrity and leadership within the global community.

Right now, the Laws of the Land DO NOT apply to our President or his government. It is evident to all that the Privileged and the Powerful are not only Above the Law, They are beyond it!

Acupuncture as a pain management tool