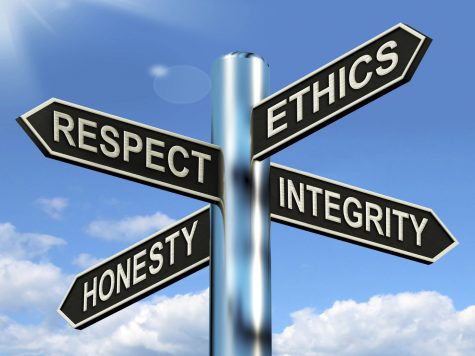 Decency is a willingness to conform to a set of moral standards. Civility, graciousness, decorum and politeness are all descriptors that are used to define what would be understood as the characteristics of common decency. In June of 1954 during the hearings in the U.S. Congress on “Un-American Activities” spear-headed by Senator Joseph McCarthy and euphemistically referred to as “The McCarthy Hearings,” U.S. citizens were targeted and attacked for being anti-American because of their personal political beliefs and the inferred or implied connections to the Communist Party and its ideology.

The fervor and fear surrounding Communism and the Communist Party was so volatile in the United States at that time that the mere accusation of any leanings and or sympathies towards the politics of socialism or communism was extremely dangerous. At the time, it resulted in ordinary U.S. citizens being targeted by the press, scrutinized in their communities and places of worship, persecuted and penalized which often caused a loss of employment. Ultimately, these individual citizens numbering in the hundreds and thousands were put on a proverbial “Black List,” identifying them as “un-American.”

The allegations were numerous and generated by hyper-partisan positions, anti-Semitism and the politics of hate and fervent Nationalism. The call for decency within the committee hearings came from Mr. Welch, an attorney being questioned by Senator Joseph McCarthy, in a barrage of insults, false accusations and spurious lies regarding the reputations and political leanings of several members of his law firm. Mr. Welch responded in front of a nationally televised hearing that stunned the nation, “Until this moment, Senator, I think I never really gauged your cruelty or your recklessness.” Mr. Welch went on to say the words that shocked a nation and reverberated throughout history.  “Have you no decency, sir?” Today, we find ourselves exploring the very heart of that question. As a nation, do WE have any decency left?

There are four women in the U.S. Congress duly elected by the people to represent the interests of their respective constituencies: Omar, Ocasio-Cortez, Tlaib and Pressley, serving their first term from Minnesota, New York, Michigan and Massachusetts, respectively.  The President and the GOP have targeted these four women of color as “Un-American”? These Congresswomen have openly opposed the policies of the administration on a number of issues but most vociferously the anti-immigrant policy including family separation and the (Illegal) incarceration of children in detention centers in defiance of federal law. These Congresswomen have been shining a white-hot light on the intentional cruelty and inhumane treatment that these migrants are receiving under the banner of the United States flag and funded with the tax dollars of U.S. citizens.

The response by the President of the United States to these members of the U.S. Congress is to call into question their allegiance to the United States and to tell them to “Go back and fix the countries they came from!” All of these women are American citizens, as they would have to be in order to be elected and to serve in the U.S. Congress. All but one of them was born in the United States of America! And, Representative Omar is a naturalized citizen who immigrated to the U.S. with her parents when she was 12 years old.

Right now, we are back in 1954 with the same old racist white nationalist tropes that, ultimately, relegated Joseph McCarthy to the dustbin of a dark and shameful past. A past from which we are clearly not Free! The question is no longer if the President has any decency because he has proven himself lacking in that regard. The question is, Do WE have any decency left?

A Sweet Superfruit for Summer Meals