The Uncanny Silence of The Church 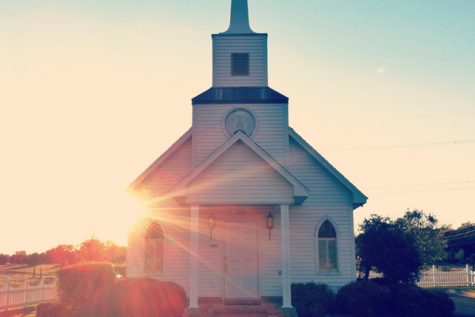 Where are the voices of outrage from The Church and the people of faith? In a nation who has so clearly lost its way when faced with the question of what is right and what is wrong, what is true and what is false and no longer appears to be that proverbial “City on a Hill” that inspires the world, where has the moral leadership of The Church and the people of faith gone?

Everyone should be bothered by the state of our nation.  When mass murder has become so commonplace that parents are purchasing bulletproof backpacks for their children to begin the school year. When children are being separated from their parents and held in inhumane and unsanitary conditions without adequate social services. When stirring up racial hatred, anti immigrant resentment, and deep historical divisions between our nation’s richly diverse cultures and communities becomes not only a campaign strategy for political purposes, but also a tactic and an approved policy and practice of our government to deter and curtail immigration to the United States. Said practice and policy being in direct opposition to international law that protects people fleeing terrorism and death from the oppression of authoritarian and violent nations. How can the Church and the Faith community remain silent?

The Church has historically been at the forefront of moral leadership in this country. The Civil Rights Movement had its inception within the sanctuary of the church house and the churches became the launching pad for many a strategic planning session for marches, rallies and demonstrations. The church was on the frontlines of the Movement and now it seems to be taking a backseat. Where are the protests and outrage about the state of our nation right now? What should the Church DO when it sees, hears and KNOWS what’s going on in our nation is antithetical to everything the Bible, the Koran, the Torah, and all other true and inspirational religions espouse as foundational to their beliefs and high moral calling?

There is a case to be made that the Church and its people are MIA, missing in action. There is a case to be made that the void and deafening silence in regard to moral clarity at this inflection moment in our history has only caused more confusion and despair and the Church has abdicated its moral authority and responsibility to be a light in the darkness. There’s something dreadfully wrong when the Church ceases being a voice for GOD and starts becoming the voice of the Oppressor. Is the uncharacteristic silence of the Church in this prescient moment a result of a sudden apathy, or is it due to FEAR?

There’s a case to be made against the Church and the people of faith who choose silence over activism in this moment. The jury that has gathered to hear the case is The Ancestors who sacrificed and died, who endured and challenged the heinous legacy of past transgressions in service to the benefactors of the present. We are the ones who have benefited from their sacrifices on the road to making this nation “a more perfect union” and a nation that lives up to the high calling of its ideals.

That high calling is for liberty, freedom and justice for ALL.

Those from the houses of faith are called to seek justice, defend the oppressed, to take up the cause of the fatherless and to plead the case for the widow. If you cannot DO these things, one might have to question whether you really know God…or more importantly does God know you? Time is up for sitting quietly and doing nothing. Let the record show…because one day it will!