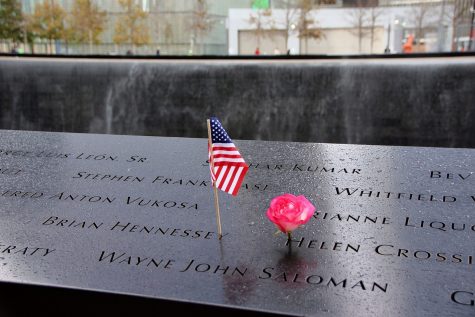 This is the 18th Anniversary of the 911 terrorists attacks on American soil. Over 3,000 people lost their lives on a single day within several hours when Al-Qaeda carried out a coordinated suicide attack on The World Trade Center Towers, the Pentagon and another target that remains un-known because a group of passengers attempted to take the plane back from their hijackers causing that plane to crash in an open field in Shanksville, PA potentially saving hundreds of lives while making the ultimate sacrifice of losing their own. Each year since these horrible attacks, America takes the time, on September 11th to remember and commemorate the victims and to honor those they left behind. Commemoration and recognition of history, especially painful history, is an important part of healing and restoration. It is also an important reminder that our history is a part of who we are as a people and it is the foundation upon which we build our future and reconcile our past..

Due to 911 being a part of contemporary American history, it is well-documented through media images, movies, books, articles and so forth. We will never be able to forget what happened on that day, and its historic context continues to be interrogated by students and scholars alike. However, there are other extremely important parts of our history that are not so well-documented due to their placement along the history continuum. They weren’t as well-documented at the time and have been subsequently pushed to the sidelines of the American story. This is not only because they took place generations ago when documentation type and style was much less thorough and inclusive of the perspectives of the people involved in that history, but it is also an uncomfortable history that causes us to recognize some troubling truths and factual accounts regarding some of our most beloved American heroes.  When we look at the history of exactly how America was built, we must celebrate our freedoms and liberation as a nation, and the pride and glory of the American story. This includes how the United States of America became the nation we are today. How did we become the richest nation in the world?

The Commonwealth of Virginia was one of the largest slave holding states. That is a historical fact. The first enslaved Africans landed on the shores of Virginia 400 years ago beginning what would become the industry of Chattel Slavery, the economic driver of the southern economy. Richmond, ultimately, became the Capital of the Confederacy during the Civil War. These are the undisputed facts of history. In an effort to redress historic accounts that in the past completely ignored, overlooked or marginalized the stories and accounts of the enslaved people who built the American economy and the wealth of the Southern States, many historic sites like Monticello, the home of Thomas Jefferson, and other plantation sites have been restored and opened as living museums and visitor centers. These locations now have historic re-enactments that include African American historic interpreters like (one of the most thorough) in Colonial Williamsburg. The choice to acknowledge these voices as an essential part of the American story have challenged many visitors to re-think the history that they have traditionally embraced; a history that has

always held the institution of Slavery and the enslavement of human beings as a nostalgic part of history. These visitors tend to distance themselves from that particular part of history as if they have nothing to do with it and, therefore, no responsibility to address it.

Adding the voices and perspectives of the Enslaved to the history we know and to the site visits of a contemporary audience has created moments of discomfort for those who just want to remember the greatest hits of the Founding Fathers, but the truth and consequences of American History can never be forgotten. We all need to re-member the truth of our collective history in order to build a better future together.

Teachers! Get Creative with a School Lunch Favorite

How to develop a world class fundraising volunteer