What’s a Mother to do? 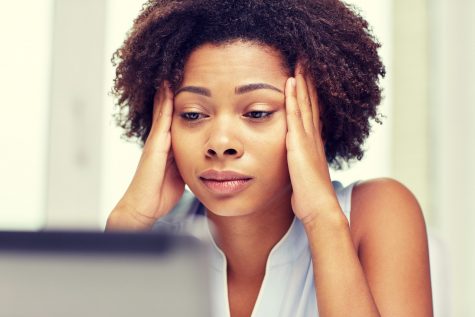 It is usually an uncontested truth that a good mother will do almost anything for her children. Self-sacrifice, giving up time, money and resources combined with lots of prayers and usually some tears characterize what mothers do everyday for the love of the children they bear.  There is no crime in wanting the very best for your children. The question is how far does one take those desires? The recent college admissions and SAT cheating scandals bring that question front and center.

Cheating on tests that determine entrance to higher education and buying “favor” from Ivy League and elite colleges and universities is not only illegal, it’s something that only the most privileged and wealthy parents can afford to do. Most mothers do not have the affluence or the access to participate in the level of “white collar” criminal activity that dozens of parents got caught up in recently when a multi-million dollar scam that bought placement at elite colleges and “fixed” SAT entrance exams was uncovered. But, for two of the most rich and famous mothers in the bunch, Felicity Huffman and Lori Loughlin, who claimed to just be attempting to provide their children with a “fair shot,” the consequences of those actions have just begun to be revealed.

Back in 2011 Tanya McDowell was homeless and living in her van. She too wanted a “fair shot” for her child. She wanted her son who was 5 years old at the time to have a quality education, which children living in America are entitled to no matter what their economic status may be. This young Black mother enrolled her son in Brookside Elementary School in the Norwalk School District in Connecticut. Police investigated and charged her with fraud. Tanya McDowell received a five-year prison sentence.

When comparing the cases of Felicity Huffman and Lori Loughlin with Tanya McDowell, the distinction between these mothers is crystal clear. The privileges of being rich and famous coupled with the entitlement of being white in America seem to always give way to allowances that ultimately sentenced Felicity Huffman to merely 2 weeks (14 days of imprisonment) along with various fines and some community service. While Tanya McDowell, who is a single Black mother, poor and homeless without adequate representation received a five-year prison sentence that separated her from her five-year old son at an extremely formative time in his young life.

The resources and educational advantages that the rich and famous can provide for their children consists of things that mothers like Tanya McDowell cannot even dream of providing to their children. This is without taking into account the criminal activities that these two rich white mothers have already been indicted for committing. Despite their privilege, power and fame, they still participated in blatantly illegal schemes to get their children into institutions that they apparently were unable to gain entrance to on their own merits. This is in spite of the clear advantages their children already inherited by virtue of the fact they come from wealth, fame and entitlement.

Once again, the Criminal Justice System demonstrates that it is in need of systemic and massive reform. A mother without resources is charged and convicted for registering her son in a public elementary school and because she was homeless and unable to establish residency she broke the law and was sentenced to 5 years in prison. While another mother with financial means lied and cheated the system to get her daughter into a “better college” just because was convicted and sentenced to an anemic 14 days in prison? What’s a mother to do? Is it just a matter of Black and white?

Who calls the shots at your nonprofit?