Sign up now for our free weekly email updates.  We’ll give you the good news from our community.
Urban Views
Staying at Home Has its own Risks
Practical Tips for Caregivers Facing a Pandemic
First Responders Behind The Wall
Helping veterans and active duty military cope with...
Latika Lee’s literary lounge builds virtual community and...
Home College Corner Researchers at UR Work to Uncover a Slave Burial Site Under Campus
College CornerFeaturedMadyson FitzgeraldU of R 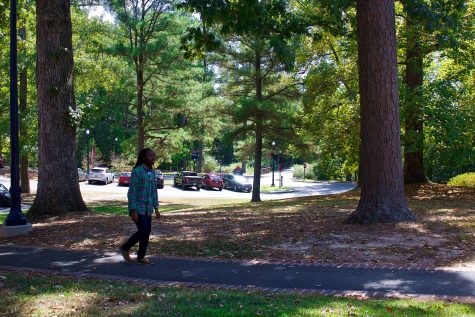 Student walks through the proposed area of the slave burial site.
Photo by Madyson Fitzgerald

It was discovered last year that an alleged slave burial ground was located under the University of Richmond’s campus, and just this month, researchers have begun to investigate the site for what really lays below the surface.

The burial ground originated before UR had acquired the land now known as Puryear Hall and the Steam Plant; surprisingly, it used to be a recreational park. The Olmsted Company, now named the National Association for Olmsted Parks (NAOP), designed the recreational area. Even earlier on, however, in the 1860s, the area was a plantation belonging to Benjamin Green. At the time, Green owned land that claimed a portion of UR, what is now the Country Club of Virginia, and a considerable part of Westhampton. In fact, the lake was his man-made millpond used to operate buildings on his plantation. Later on, in the early 1900s, it was reported in the Phelps-Stokes Fellowship Papers that bones were “considered to mark the site of the old burying ground for Ben Green’s slaves.”

At present-day University of Richmond, the decision has been made to uncover the secrets lying under the campus. NAEVA Geophysics, Inc., a company focused on subsurface geophysical surveys, has been hired to begin the process of studying the burial site. With the help of Derek Miller, an archeological consultant, they’ve decided to use a non-invasive technique called ground-penetrating radar to “break” the surface. This method uses electromagnetic radiation, and then detects the reflected signals from the structures below ground. Through this, researchers hope to find patterns that indicate the presence of graves.

The students at UR have many speculations about what the alleged slave grave site means for the school. Kayla Woods, a sophomore from Wilmington, Delaware, said that the school should make people aware of this type of history. “I definitely think that if there are bones still found, there needs to be a recognition of the fact that that’s part of the history of the University. Whatever that looks like, I’m not sure, but it needs to be displayed in the school. It may result in some people not wanting to come here or changed opinions about the University, but it’s a part of our history now, and it should be known.”

Brendan Crockett, a first-year student from Atlanta, Georgia, said that even if the University didn’t originally realize that the grave site was present, they should make it known as soon as possible. “Considering the fact that slave burial grounds are still sacred grounds, now that they are aware, if they weren’t before, they [the University] should get something done. Something that would just show some sort of respect to those laid to rest in a humane way. Given the fact that most of the city and its origins were built on the backs of slaves, I believe it would just show a sign of respect and progress for the city.” 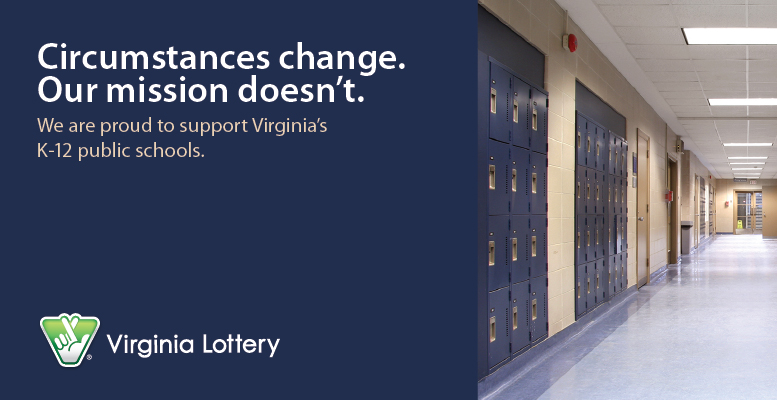 A finding this big has many implications for the future of the University. However, UR is prepared to take measures to tackle race relations on campus directly, including in situations like this. In fact, President Ronald Crutcher wrote in a New York Times opinion piece about racial conflicts on campus earlier this year. “These racial conversations are deeply uncomfortable at times,” he wrote. “But they are just as necessary as they are difficult, if colleges are to match the aspiration of our mission statements: to be a welcoming place for young people of every background.”

On June 30, the University released a report called “Making Excellence Inclusive,” which included a plan to create a “thriving, inclusive intercultural community at the University of Richmond.” Their initiative includes three general goals to make everyone feel included at UR. The first, to “continue to recruit talented and diverse students, faculty, and staff to ensure our campus community reflects the rich diversity of our city, region, nation, and the world,” highlights the importance of representation between races. Their second goal, to cultivate  “inclusive living, learning, and work environments in which all can fully participate in the life of the institution and experience a sense of belonging,” has to do with creating a sense of belonging. Lastly, by becoming “a skilled intercultural community that enables and enriches an unparalleled academic experience,” UR wants to increase capability among all of its students.

In addition to this initiative, UR has put in place The Race and Racism Project at the University of Richmond. Based on their website, the organization, “will help establish the university as a place where productive analyses of the past are engaged with an eye toward building and fostering a community committed to racial equity.”

While UR is facing serious tension in their race relations, both students and faculty want to see change on campus in the future for a better education and a better community.

America is My Home

Family Favorites with a Blended Twist