Forgiveness is No Substitute for Justice 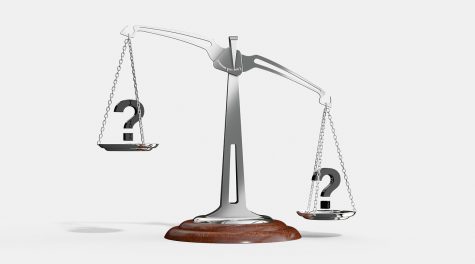 A lot of controversy arose last week when ex Dallas police officer Amber Guyger was convicted and sentenced to just 10 years in prison for the shooting death of her neighbor Botham Jean, a black man. Guyger was on the wrong floor of her apartment building when she entered Mr. Jean’s apartment last year claiming she thought she was in her own apartment and mistook Jean as an intruder.  The sentence of only 10 years was considered controversial due to the fact that Guyger was charged with murder and could have received a sentence of up to 99 years under sentencing guidelines. But even more consequential than the light sentence given to the police officer, a white woman, was the murder victim’s younger brother, Brandt Jean who spoke to the courtroom saying that he forgave Ms. Guyger for killing his brother. The younger Jean touted his Christian faith as he not only forgave Amber Guyger publicly, but also asked the Judge if he could hug her and wish her well.  It was an astonishing display of unconditional love or if not love, at least compassion.

It is not the first time that we have witnessed this phenomenon. Relatives of the victims of the Mother Emmanuel Church massacre in Charleston, South Carolina also demonstrated the same compassion towards Dylan Roof, a self proclaimed white supremacist, who gunned down 8 innocent people while they prayed for him in a weekly prayer meeting at the church several years ago. Although in both cases, the act of public forgiveness seems to be a display of selflessness and incredible generosity of spirit, the forgiveness that these grieving relatives promote is certainly not a substitute for the justice delayed or denied when black people are the ones being tried and convicted for killing white people. The idea of redemptive acts of forgiveness given publicly or otherwise is not something we often witness or even hear about when the suspect or convict is black or brown.

Our nation’s long history of inequality and injustice, particularly within the criminal justice system, is rampant with examples of arbitrary justice and a blatant misuse of sentencing guidelines wherein black and brown people are judged far more harshly and sentenced to outrageous amounts of time for what are often minor offenses. Black people, no matter the circumstances, are not generally forgiven for killing white people. Herein lies the problem. Brandt Jean has every right to exercise his Christian faith and the principles that guide that faith requiring that unless we forgive one another, we cannot expect that God will forgive us.

What becomes increasingly problematic is that while Black Christians continue to turn the other cheek, even when death is the sacrifice, white evangelicals have apparently revised their faith to include turning their backs on children and families fleeing persecution and death and standing with an administration that seems to be the personification of everything that the Bible warns them against. Let us not get it twisted. Forgiveness is NO substitute for JUSTICE.

What to do if you have to do it all: guidance for the one person fundraising shop