Get FREE updates about positive things happening in your community.
Sign Up Now!
Thanks for Subscribing!
We will not sell or share your email address.
Urban Views
Mayor Stoney announces enhancements to Navy Hill project...
“The Unity Ride” links the past through freedom...
African American Chamber Endorses Navy Hill Proposal
Alzheimer education and support meetings scheduled
Richmonders set goals for 2020 and describe how...
Home I'm Just Sayin'Dr. T 911- DO NOT CALL The Police
Dr. TFeaturedI'm Just Sayin' 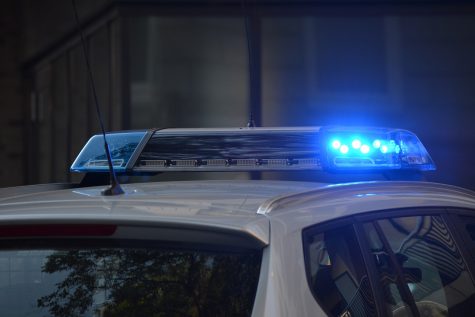 Another Black American shot to death in their own home one week after a police officer of another Texas community was convicted of shooting a Black man in his own home truly calls into question the prudence of calling 911, especially if you’re BLACK. The indisputable truth is that what is true for “other” Americans, mostly white Americans, is NOT true for Black people in America. Conventional wisdom and civic duty tells people that the men and women in Blue are “public servants” employed by the citizens of their local and state municipalities to come to the rescue when the need arises to mitigate public safety “situations,” working on behalf of the citizenry who employ and empower them to do so. But clearly, we have a problem with exactly who we are recruiting and employing to “serve and protect” us.

Why are there so many incidents of police shooting and killing unarmed Black people? These shootings are happening at an alarming frequency and have moved from the public streets and venues to the private property, backyards, living rooms and now bedrooms of victimized Black Americans. Why? These victims of this continuous police violence are unarmed and in non-combative situations. Many have been shot to death holding no weapon whatsoever to cellphones, remote controls, or skittles and ice tea. Although the latter was a reference to George Zimmerman, a vigilante “wanna-be cop” who stalked and subsequently shot and killed Trayvon Martin not one-block from his father’s house in 2012.

Why do these senseless executions of Black people keep happening? Where is the de-escalation training that police officers are supposed to be given? What is it that makes white people so afraid of Black people? We have witnessed the arrest (without incident) of white people who are mass murderers and yet the level of deadly force used when white police officers enter Black communities defies any sort of viable explanation. What the offending officer inevitably touts as a justification is that they “felt threatened.” How can you be threatened by a woman playing video games with her 8-year-old nephew in her own bedroom, in her own house? One can only deduce that (to you) Black people are inherently threatening. Why then, to you, are Black people inherently threatening, violent or of an innate criminal disposition? That is the question we need to address in America because the answers go to the underlying truth of inequality, injustice

and the historic legacy of anti-Black racism that America and Americans have yet to acknowledge.

I do not believe it is hyperbolic to say that to be Black in America remains inherently dangerous to our survival and to our inalienable right to Life, Liberty and the Pursuit of Happiness. Stop hiring police officers who are unable and unfit to serve ALL people regardless of race, class, identity, religious affiliation, ethnicity or nationality. At this point, 911 would not be the 1st number I called for help! I’m just sayin’!

A Flavorful Fall Meal for the Entire Family

Power, wealth, and influence – what does it really mean?

Five ways to energize your fundraising for 2020

How to set yourself up for failure