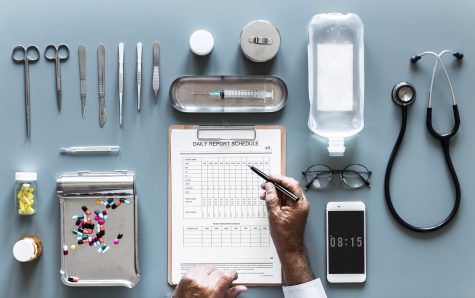 For the most part, breast cancer is quite treatable. Much of its treatability depends on what stage the cancer is when diagnosed — the earlier, the better.

The National Cancer Institute, a branch of the National Institutes of Health, lists several options for treatment — surgery, radiation, chemotherapy and hormone or targeted therapy. Sometimes, surgery is all that’s needed; in other cases, cancer patients may need several of these types of treatment to fight the tumor.

Almost all people with breast cancer will require surgery. Patients may get a lumpectomy, in which the tumor, other affected tissue and the surrounding normal tissue are removed. In the early stages of cancer, this may be sufficient. For more advanced cancer, a total mastectomy, or removal of the entire breast that is infected with cancer, or a double mastectomy may be required. Many patients with one or both breasts removed opt for follow-up reconstructive surgery after treatment.

Breast cancer often spreads to lymph nodes first, so removing some of those nodes may be necessary. Doctors may opt to remove the first lymph node to receive drainage from a tumor, known as a sentinel lymph node, since that is where cancer is likeliest to spread.

Chemotherapy, which pumps heavy drugs into the body to slow or stop the growth of cancer cells, can be used before surgery to shrink a tumor or after surgery to kill any cancer cells still in the body. Done before surgery, this can lessen the amount of tissue that needs to be removed. Radiation, in which X-rays are used to destroy cancer cells, can be used after surgery. Both treatments have been shown to help people survive cancer, but they also can cause serious and harmful side effects on the patient.

Both of these treatments are used after surgery with the purpose of killing any remaining cancer cells. Hormone therapy gets rid of hormones, which can cause breast cancer to grow, so reducing the production of hormones like estrogen or stopping them from feeding the cancer can help to destroy cancer cells still in the body.

Targeted therapy uses drugs to target specific cancer cells without hurting healthy cells; this can include antibodies, which deliver cancer-fighting drugs to the cancer cells instead of attacking every cell.

How well do you know your donor base?

Tips to Build Good Credit During and After College