Sign up now for our free weekly email updates.  We’ll give you the good news from our community.
Urban Views
Virginia Sales Tax Holiday is This Weekend
CDC recommends opening schools this fall
Virginia Sales Tax Holiday is next weekend
Association for the Study of African American Life...
Let Us Heed the Words of Frederick Douglass...
Home Featured “Navy Hill is right…From what I’ve seen, this is right.” Ken Jones
FeaturedFeatured NewsJeff Kelley

“Navy Hill is right…From what I’ve seen, this is right.” Ken Jones

Ken Jones tries to keep a low profile around town. 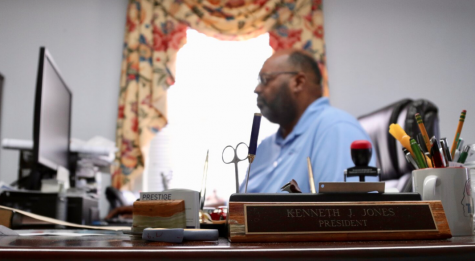 Ken Jones at his office off Turner Road

“But I’m 6’11”, so it’s kind of hard,” the president and chief executive of Prestige Construction says with a laugh. He founded the company in February 1991, and for the last 29 years has had his fingerprints on projects throughout the city, including the James W. Black Music Center and numerous others at VCU, the renovated Altria Theater, elementary schools, churches, and a variety of mixed-use buildings.

And if City Council approves the Navy Hill plan, Jones and his team will take part in the largest and most beneficial economic development project in the city’s history.

“Normally I try not to get involved with high-profile projects, because people take shots at you. So I try to stay quiet,” he says. “But I’m not one to hold my tongue. I speak my mind, and when I see something wrong, I say it.”

“But if something is right you encourage it as well,” he adds. “Navy Hill is right…From what I’ve seen, this is right.”

Jones is one member of a team of minority business enterprises (MBEs) and emerging small businesses that would serve as general contractors in the development of Navy Hill. The project includes more than 2,500 market rate and affordable apartments, more than a million square feet of office and retail space, a new hotel, a 17,500-seat Arena, and a restored historic Blues Armory. Jones and the Prestige crew are part of the management team building the Arena. The firm would have superintendents, project engineers and managers on site during the 17,500-seat center’s two-year construction.

Other projects and MBE contractors include: 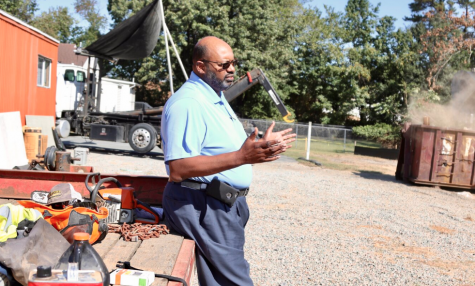 “This is a transformational project,” says Jones, the 2012 Metropolitan Business League’s Entrepreneur of the Year. “Over the next 10 years it will transform downtown Richmond for the better.”

Last year, as news of Navy Hill development was picking up, Jones reached out to Michael Hopkins, the project’s MBE and emerging business coordinator, to get involved. Jones’ initial meeting was with NH Foundation board member C.T. Hill, along with developers Michael Hallmark and Susan Eastridge from Capital City Partners. They met at the Carpenter Theater – a project Hill had personally brought to fruition nearly a decade earlier.

“We introduced ourselves to them and said we’d like to be a part of what they were planning,” Jones says. “We started talking strategies and how we would participate.”

Since then, Jones has met regularly with the development team and other GCs involved. He’s a frequent face at City Council meetings, advocating for the Navy Hill proposal. “We are making sure we stay involved and engaged as the process moves forward,” he says.

“We are working with the development team to bring people in from the inner city and put them to work on this project,” he says.

He is collaborating with former city councilwoman Michelle Mosby, who leads the nonprofit Help Me Help You Foundation as well as with Grace Washington, who leads J&G Workforce Development. These organizations help low-income Richmonders, as well as those returning to the workforce, train for and land jobs. The city’s Office of Community Wealth Building is also assisting with job training, hosting job fairs, and helping recruit city residents in neighborhoods with the highest concentrations of poverty.

Jones said he expects anyone he hires to be employed on the project for at least a year, after which time he would hope to hire them for other Prestige projects or allow Navy Hill to serve as a springboard to a new development or role.

“My overall goal is to have a training program not only to sustain these jobs from Navy Hill but those coming up through high school and elementary and middle schools and give them the training they need to succeed,” he says. “That’s one of the reasons I want to be involved in Navy Hill. I hope to work with [Navy Hill and local business leaders] to make this happen.” 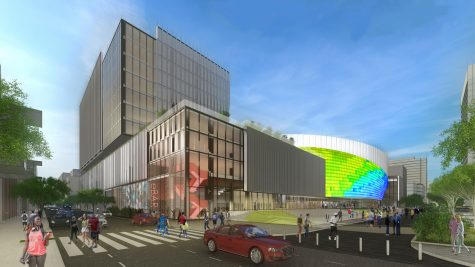 The proposed agreement before City Council includes a commitment from NH District Corp., the development entity that responded to Mayor Stoney’s 2017 request for proposals, to spend $300 million with minority-owned and emerging small businesses. Amounting to around 30 percent of the cost of the entire project, it represents the largest MBE commitment in Richmond history. While Virginia law does not allow for set-asides or reserving funds for specific types of companies, developers can legally put in place “good faith” conditions to ensure inclusion of minority and small businesses.

For Jones, a VCU alumnus who played basketball and continues to serve his alma mater, Navy Hill represents a new and exciting future for the city.

“Navy Hill is something that has never been done in Richmond. This is real – and I think it’s going to be a model for success about how to get things done the right way with the public and private sides working together.”

There’s a Better Way to Get the Textbooks You Need