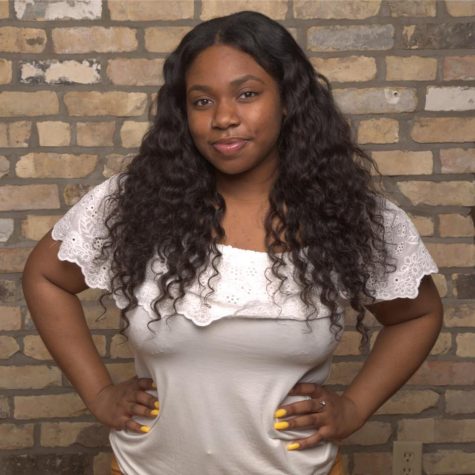 Racism, sexism and classism are words that impact individuals on a daily basis. College campuses, the melting pots of young adult culture, are where many instances of these denotive practices are found.

With so many students from different backgrounds, there is no doubt that conflicts arise; whether it be out of deliberate hate or the simple result of ignorance, these “-isms” are practiced everyday. This is an obvious problem everywhere, and college is a test of courage to speak up about it.

At University of Richmond, students of the Westhampton College Government Association (WCGA; the women’s college), are taking a stand against every negative “-ism” out there. Gabrielle Armon-Wickers, a Milwaukee, Wisconsin-native and freshman president for Westhampton College, has collaborated with her cabinet, the Office of Multicultural Affairs and Common Ground to implement “The -Ism Initiative,” a plan to start the hard conversations about discrimination against marginalized groups. This plan includes a website and posters that will work in tandem to bring awareness of the Initiative. The main goal, says Armon-Wickers, is to educate students at UR about the different “-isms” and phobias that affect college campuses every day.

“The -Ism Initiative is my way of a first step to creating a mark on this campus. It’s the beginning of a shift and a new era for Richmond. I want to continue the movement that has even started to come about across America,” Armon-Wickers explained.

Speaking of America, The National Center for Education Statistics (NCES) found that from the year 2011 to 2016, the amount of hate crimes on college campuses, defined as any “criminal offense which is motivated, in whole or in part, by an offender’s bias(es) against a race, religion, disability, sexual orientation, ethnicity, gender, or gender identity,” increased from 763 to 1070. Where many students come to get an education, some are often met with discrimination, prejudice and hate. 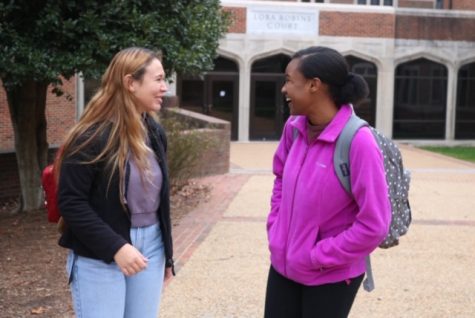 The Initiative aims to hit close to home for those marginalized students, and the freshman president, who cares deeply about her race and its implications. “I’m a very big advocate for my people, and when I say my people, I mean black people and the black community,” Armon-Wickers said. “Also, I believe that even with the struggle for black people’s rights, I can never ignore the struggles of other people who are oppressed in this society.”

For members on Westhampton’s presidential cabinet, the -Ism Initiative has personally been eye-opening to them. “I don’t think I really realize the extent to which these things are an issue until we begin to discuss it, and honestly, at first, they were really difficult discussions to have,” said cabinet member Julia Berutti, a freshman from Pennsylvania. “I’m not really affected by racism and homophobia, but I think being able to empathize with people and even those that are my friends; it’s really important to me now because I think it’s really an issue on this campus.”

The -Ism Initiative will be implemented in the spring semester, as students come back from winter break. The unveiling will feature blunt, eye-catching posters that will have the QR code to the Initiative’s website. Here, students will be able to see all the definitions, statistics and resolutions to phobias and discriminatory beliefs. Many other organizations on campus plan to contribute to the Initiative as well.

Although it is being kept undercover until next semester, Malcolm Pittman, a freshman from Richmond, Virginia, said he is excited to see changes around campus, especially regarding homophobia.

“On campus it’s [homophobia] present but swept under the rug. Homophobia doesn’t necessarily exist in the classroom, but definitely behind closed doors or on social media,” Pittman said. “If people on campus were ready for these conversations, it would definitely allow me to be more comfortable in any college social environment. The stigma associated with people who are within the LGBTQIA+ community will be reduced if there is a successful impact from the Initiative.” 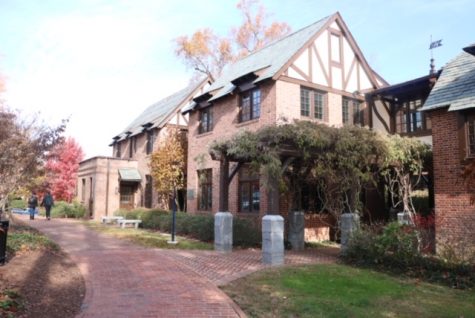 “I want this to be an opening to a more comfortable feeling of being uncomfortable,” Armon-Wickers said. “That’s my motto. Topics about race, gender and class are not topics that are easily talked about and that’s exactly why they’ve been so taboo for all these years. It’s always been someone just mentioning one of those topics, and it can really have a domino effect in any space. With The -Ism Initiative, we are really trying to start that domino effect and start talking.”

The first step to fixing a problem is to recognize it; by starting the conversation, the students at University of Richmond can create a true disruption in the way society views taboo topics. The next generation of college students is aiming to create change across the country, and at UR, the Initiative is a fundamental first step.

Which nonprofits will be on your holiday gift list this year?