Sign up now for our free weekly email updates.  We’ll give you the good news from our community.
Urban Views
When they cut off the breath of one...
Staying at Home Has its own Risks
Practical Tips for Caregivers Facing a Pandemic
First Responders Behind The Wall
Helping veterans and active duty military cope with...
Home College Corner Virginia State University announces Fall 2019 Commencement speaker
College CornerFeaturedVirginia State University 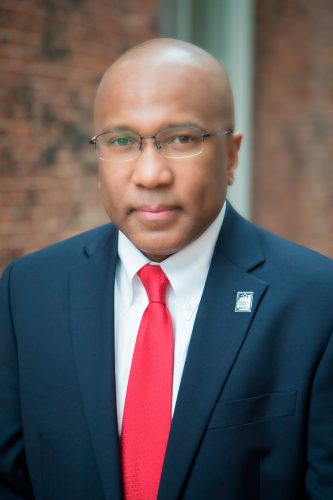 Dr. Williams made history when he became the first sitting university president to serve as president and CEO of the Thurgood Marshall College Fund.

During his eight-year tenure leading Delaware State University, Dr. Williams proved himself to be a prolific fundraiser, passionate advocate, and strategic planner for the school. He increased student enrollment every year, made incredible partnerships with government and private organizations resulting in several multi-million dollar grants and investments into the campus.

He has extensive leadership background with historically black colleges and universities and higher education which have earned him the National TRIO Achiever Award, the TMCF Education Leadership Award, and HBCU Digest named him one of the “Top 10 Influential HBCU Presidents” in the country. He has served in senior positions at the University of North Carolina General Administration, Appalachian State University, and North Carolina A&T State University. He is also a member of Alpha Phi Alpha Fraternity, Inc.

A native of Greenville, N.C., Dr. Williams has a bachelor of science in communication broadcasting and a master of arts in educational media, both from Appalachian State University, as well as a doctor of education in educational leadership and policy analysis from East Tennessee State University. He is married to Dr. Robin S. Williams and the father of two sons.

Don’t be a special event copycat

‘Mine Your Business’ helps entrepreneurs define their firms