Sign up now for our free weekly email updates.  We’ll give you the good news from our community.
Urban Views
COVID – 19 Home education resources
VIRGINIA SHUTS DOWN: Know the facts from the...
Book, Album and Virtual Visits Breathe Life Into...
Staying Home Can Take You Far
More People of Color Embracing Plant-Based Diets
Home I'm Just Sayin'Dr. T When We Know Better…we should DO Better
Dr. TFeaturedI'm Just Sayin'

When We Know Better…we should DO Better 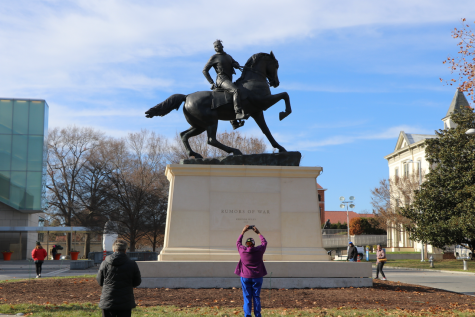 Richmond has a new statue outside the Virginia Museum of Fine Arts on the newly named Arthur Ashe Boulevard. It’s called Rumors of War  created by Kehinde Wiley and is in direct response to the monuments to confederate soldiers, generals and the confederacy that line Monument Avenue centrally located in the city’s Fan and Museum districts. The Governor, the Mayor, other dignitaries, community leaders and members all gathered for the unveiling of what is a major work of art with an intentional and profoundly important message that attempts to address what has been an evolving conversation about Richmond’s racial history and the  controversial and problematic positions our civic leaders and citizenry have embraced with regard to that history.

Mayor Stoney tasked the Monument Commission to expand its scope to include consideration of removing some of Richmond’s most famous confederate statues from the famed avenue where they have been maintained by taxpayer dollars for generations.  And after much discussion, public debate, presentation and protest, the polarization within the community of Richmonders has remained almost the same as it had been before the commission’s deliberations. However, the commission itself submitted a 117-page report to Mayor Stoney that concluded that Monument Avenue should not remain as it had always been. The report concluded with a series of recommended options for the city’s leadership to consider. The 10-member commission made suggestions that given the current/contemporary and legal climate in Virginia we should look, “…to determine how best to reconcile a particular landscape viewed as both sacred and profane.” 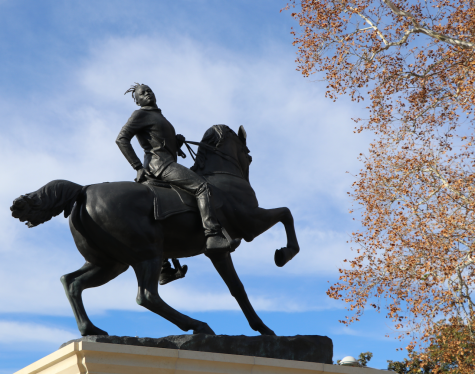 The recommendations ranged from outright removal of the most “unabashedly Lost Cause” cringeworthy statues and monuments, to adding permanent signage that reflects the historic, biographic, artistic and changing meaning and context of the statues over a period of time. They had to deal with the contradiction of the “American dilemma” that has always proclaimed the United States of America as the home of the free and the brave, a nation whose founding principles include a Declaration of Independence, a U.S. Constitution with a Bill of Rights that claim our nation is one of Life, Liberty and Justice for ALL when in fact it is not.

Since its inception, the aforementioned ideals have only been aspirational for this nation. Additionally, living in Richmond, Virginia, specifically known as the Capital of the Confederacy, holds its own set of problematic declarations and practices not withstanding the confederate sanctuary of “adulation and commemoration” that lines Richmond’s Monument Avenue. This sacred and profane display is illuminated each and every night and maintained by taxpayer dollars.

Currently, the Virginia State Legislature is looking at the language in existing law that is both sexist, racist and otherwise oppressively antiquated to see if it can address its history in practice and context. This Language that spits in the face of what we claim are “American” values. We can no longer ignore the fact that these laws, including our most sacred were never meant to include ALL of US when they were first written and ratified into law. We can no longer believe the claim that “It’s about “heritage” NOT Hate!” If we are to become the nation we intend to be, we MUST Change. “Rumors of War” in front of the Virginia Museum of Fine Arts on Arthur Ashe Boulevard is a beginning. It has been a long time in coming but when we know better…it is TIME to DO Better!

The Perfect Sauce to Pair with a Roast

Don’t be a special event copycat