Changes made to undergraduate and graduate tuition 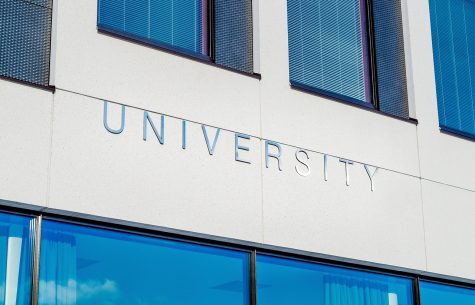 Virginia Union University’s Board of Trustees alongside university president Dr. Hakim J. Lucas, has made the bold decision to lower undergraduate tuition rates by 32 percent. This change amounts to a $5,000 reduction, reflective of where VUU’s tuition costs were listed over a decade ago. The decision moves the university towards its goal of offering greater access and affordability to a more diverse student body. The new tuition rate will begin with the Fall 2020 semester and all enrolled students will be eligible.

“We realize how crippling student loan debt has become for students nationwide,” said Dr. Hakim Lucas, President & CEO of Virginia Union University. “Students enroll in college seeking a career path that will allow an opportunity for long-term financial stability. However, they end up spending most of their working years paying back student loans. Virginia Union is doing what it can to ensure that students in the Commonwealth and across the nation have access to an education that will equip them with the tools they need to be successful while avoiding the crippling bill waiting at the other end of graduation.”

The tuition change is part of the university’s “Access to Excellence” initiative. VUU generated the new financial structure after months of investigating tuition, room and board, and fees of peer universities in Virginia and comparable universities nationally. A close review of the cumulative amount of student loans and default rates of those loans was also conducted. Currently, the annual tuition at VUU is $15,530 plus $1,753 in fees. The study concluded that making the cost adjustment with tuition makes VUU the highest value and lowest cost HBCU in the Commonwealth of Virginia.

The new annual undergraduate tuition will be ­­­­­­­­­­­­­­­­­­­$10,530 plus $1,753 in fees. That amounts to $351 per credit hour, a 32 percent reduction. Ninety seven percent of VUU’s students receive financial aid which will continue to be offered under the new model. Those who qualify for state and federal awards will see their dollars go further because of the lower tuition costs.  Students will also be able to take advantage of new extended payment options to include 5- or 6-year payment plans.

“This was an important decision for the Trustees as we work to meet the needs of our students,” said Dr. W. Franklyn Richardson, Chairman of the VUU Board of Trustees. “Virginia Union University is a special place where students are nurtured academically and spiritually. We want to ensure that anyone who desires a high-quality education has access to it without accumulating a mountain of debt. This decision will change the future for our current students by reducing and, in some cases, eliminating their student loan debt. It will also give the opportunity to students who may have felt that higher education was financially impossible.”

The Market @ 25th – A Gift to the Church Hill community