A Time for Resoluteness Not Resolutions 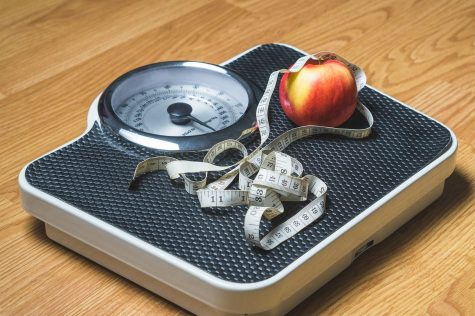 Happy New Year! Immediately after we hear those words, we begin to hear all of the things people intend to change in the coming year. Promises to stop drinking, stop smoking, lose weight, change your diet, save money, have a more positive outlook and so many more so- called resolutions to be implemented in the New Year. Many people hit the gym hard in the first few weeks of the New Year which always makes those who have a regular and longstanding commitment to their workout time a bit perturbed at the “pretenders” crowding the space. These neophytes will soon fade away because they are at the gym because of a superfluous resolution made to begin the New Year instead of a resolute attitude to accomplish their goals. And inherent in that observation is the difference between the two. We’re ending one decade and are on the precipice of entering a new one, 2020. It is time for resoluteness instead of resolutions.

A resolution is a noun and to be resolute is an action. It is a verb and a verb is a “DOING thing.” You can easily make many resolutions as we enter into the next decade and the New Year. They are much easier said than done. Making a list of things you want to change is an exercise that so many people participate in at the end of every year and the desired changes usually remain unchanged before we reach the second month of the new year. The percentage of absolute failure with the resolution list is usually extremely high no matter how hard we try. Moving into 2020 is monumental and deserves something more than the same old, same old with regard to what we want to change and how we intend to implement those changes. Our individual health and well-being and that of our families will depend on how well we plan and strategize for the coming year ahead. We must stop making “promises” and start making plans for the future. This will take some strategic focus and collective organization. In order to begin, we must become resolute in our approach. To be resolute means to be admirably purposeful, determined and unwavering. If you are going to have resolutions, there is no way to accomplish them without embracing an attitude of resoluteness. We must have PURPOSE and not just empty promises.

The year 2020 is going to be a year of upheaval, disruption and risk on a macro level. Our national, social and political identity will be scrutinized, twisted and tested to the point where we may need to redefine who we are as a nation or at least recommit ourselves to fighting for freedom, justice and equality over and over again. With the rise of hate groups, white supremacy, racism, anti-semitism and homophobia in this country, we will ALL be tested in the coming weeks and months. For the past decade, extremists, anti-semitism, terrorism and hate have been on the rise in this nation and our local communities, our synagogues, temples, our schools and public gathering places are all at risk. In the past, we have been able to call upon our government and federal law enforcement to take the lead in vociferously pursuing these domestic terrorists. We have depended upon our civil rights laws and those tasked with holding those laws up as the beacon of hope and justice in the United States. We have had an expectation that “no one is above the law.” Whatever has been our expectation in the past, even the recent past, we are clearly at a different place on the road to having a nation that is united behind our founding principles of Life, Liberty and Justice for ALL.

The United States of America is losing its place as a beacon of hope for the world. We have begun a steady slide backwards and the fabric of freedom and justice that has formerly untied us as Americans is now fracturing and dividing us. We are being pulled apart by a disruptive and fractured government and leadership that would rather create dissension and division than unity and cooperation. We are entering 2020 as a nation without a unified idea of who we are. Our basic character as a nation is at risk. If we decide to be the aspiration of the America so many fought and died for, it will take more than resolutions. It will take a unified Resoluteness.

Ekundayo Bandele of Hattiloo and The State of Black Theatre