Ekundayo Bandele of Hattiloo and The State of Black Theatre

An interview with Ekundayo Bandele, Founder and CEO of Hattiloo Theatre.

Part one of a two-part series. 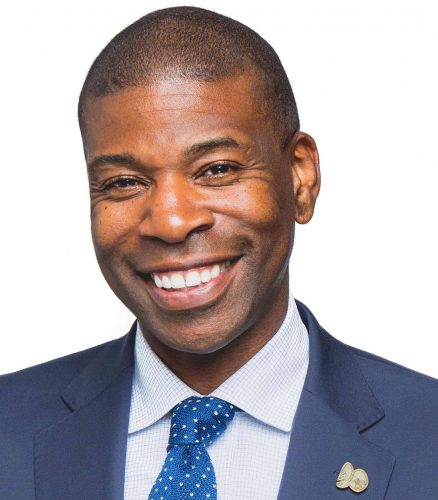 We had the opportunity to interview Ekundayo Bandele, the founder and CEO of Hattiloo Theatre in Memphis, Tennessee. Hattiloo, as the theatre is affectionately called, is the only freestanding Black repertory theatre in five surrounding states. Listen in as Mel Shaw of Saad&Shaw interviews Ekundayo Bandele on the state of Black Theatre and what lies ahead.

Mel Shaw: How would you summarize the state of Black Theatre as we know it today?

Ekundayo Bandele: That is a double sided coin. The infrastructure of Black Theatre right now is very skeletal compared to where it was in the 1980’s and 1990’s. There aren’t a lot of brick-and-mortar institutions, and there aren’t a lot of Black Theatre companies or organizations with sizeable budgets enough to put a number of Black artists to work. That is one side of the coin. The other side is that Black playwrights are doing very well. When you look at the state of Black Theatre you see people like Katori Hall, Dominique Morisseau, Lydia Diamond, and Marcus Gardley. You have all of these Black playwrights who are getting works on Broadway, they are also going into TV and film. So they are doing very well.

Mel Shaw: What does Hattiloo mean?

Ekundayo Bandele: What became “Hattiloo” is how my wife Nicole called our daughters:  one is nick-named Hatti (short for Hatshepsut)  the other is Oluleima whose nickname is Loo. She put those two names together in a way that sounded like one. It was “Hatti Loo do this” or “Hatti Loo stop doing that.” We wanted a name that had personality, and this sounded right. We spent time working out how to spell it and settled on Hattiloo. We liked the way it looked with two t’s in the middle and two o’s at the end. It has symmetry.

Mel Shaw: How did you build a theatre from the ground up when so many say we don’t have the resources for theatre? How did you overcome all that?

Ekundayo Bandele: First, I am a serial entrepreneur: all of my adult life I’ve created my own revenue stream. Hattiloo was another entrepreneurial venture. I knew I had the fortitude, vision and energy to make this thing successful.

But another thing I did was I interviewed people involved in the Black Theatre scene in Memphis since the 1970s. I asked them about their challenges, and what went wrong. I talked with some of the funders. I asked,  “why did they lose funding?”

I made my roadmap with those lessons. We set it up for success even though in the beginning I wasn’t sure it would be successful because of the reasons you mentioned. However, there were staunch supporters. We developed strong bonds with individuals and the City that help propel the theatre forward to this day.

Next week: Part Two – Securing buy-in from the African American community and more.

When you are ready to grow your fundraising, prepare for a fundraising campaign, or increase board engagement we are here to help. Call us at (901) 522-8727. www.saadandshaw.com.

A Time for Resoluteness Not Resolutions