Sign up now for our free weekly email updates.  We’ll give you the good news from our community.
Urban Views
7 Ways to use your Stimulus Check
Experts share advice for working from home during...
Educators and Parents Deploy Learning Tools During Coronavirus...
COVID – 19 Home education resources
COVID – 19 Home education resources
Home I'm Just Sayin'Dr. T We Have to Stop the Violence
Dr. TFeaturedI'm Just Sayin'

We Have to Stop the Violence 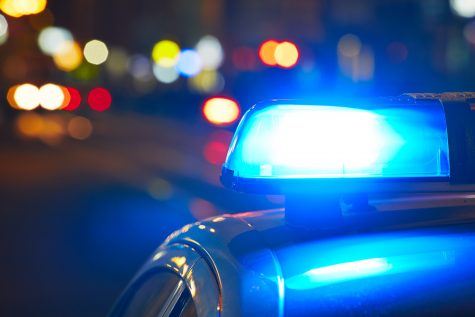 In 2019, there were 66 violent deaths in Richmond; while 60 of those have been ruled homicides, the other 6 are still being investigated. Many of these deaths were the result of gun violence and a high percentage were young people ranging in age from late teens to late thirties according to the Richmond Times-Dispatch. Most of these deaths by homicide were known acquaintances, some were stranger assault, while others were victims caught within the line of fire and killed accidentally by stray bullets like a “casualty of war.”

The question of why, is heartbreaking all around for the victims and their loved ones, because the unspeakable loss they face is truly a tragedy. What we know is that we live in a society where there are too many guns and too much violence. What we know is that we live in a culture where we are feeding division and a disconnection from basic human dignity. Things like a basic respect for one another, empathy, or seeing another person as a valuable member of our city, our community or our family seem to be missing from consideration when the common denominator in these senseless murders is rage and easy access to a gun.

In Richmond last year there were over 450 reports of stolen guns. It makes you wonder how many stolen guns went unreported? This, at a time when gun violence and violent crime is out of control. In 2020, we cannot allow this epidemic to continue. If we can’t do it through our national, state or municipal government, then we must find a way to do it ourselves. Because we MUST stop the violence.

Many people want to detach from what they consider “other peoples” problems. They believe that they live in communities where “those types of things don’t happen.” They convince themselves that gun violence and violent homicide only happen in certain types of communities to certain types of people. They are wrong. In Richmond last year the police reported that violent homicide happened all over the city and county. Although there was a larger percentage of gun violence occurring within the city itself disproportionally within certain neighborhoods, the violence as reported did not discriminate, touching a wide range of people and communities in the greater RVA area.

It is becoming increasingly common that if we haven’t been personally affected by this epidemic, we all know someone who has, or we’ve had to comfort a friend or community member who has been. None of us can continue to pretend that each time we hear the sirens or read the newspaper that we are not affected by the statistics that put us all at risk. If you have been lucky enough not to have been personally affected yet, you have been very fortunate. However, if things continue as they have been, your good fortune will inevitably run out at some point because ignoring the problem or pretending that your zip code or economic status will somehow protect you is completely illogical. Hope is not a plan. We must come together as a community and strategize how we are going to conquer this horrible epidemic before we are completely overcome by it.

How do we as a community begin to identify and implement the types of values that separate us from the animal kingdom? It seems a simplistic question and, of course, it doesn’t encompass all of the political, social or historic events relevant to our contemporary state of being. However, is it so odd a question to consider when attempting to interrogate how we can effectively change

the increasing violence and death we continue to experience and the senseless deaths of our young people over and over again, year after year? It is true that animals don’t indiscriminately murder each other. They kill for survival, for food, or to protect themselves or their own families. There is a natural order to the way the animal kingdom exists with one another and a healthy and natural respect each species has for the other.

We cannot continue to do nothing, and I know many community activists have long been in the struggle to change things in Richmond and to influence our lawmakers and community leaders. We should ALL join them in the call to Stop the Violence. If we do not come together to DO something, we are ALL in danger of becoming the victims we never thought we would be.