“The Unity Ride” links the past through freedom and friendship 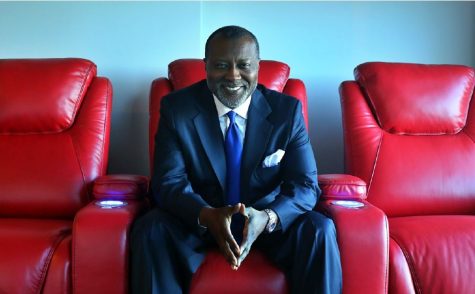 B.K. Fulton believes that lessons from the past, along with an appreciation of a person’s difference, can help bring people together.

Such is the premise of the Richmond-based filmmakers’ new documentary, “The Unity Ride,” which follows cyclists Jonathan Williams and Andre Block on a 2,700-mile journey from New Orleans to Toronto to trace the path of the Underground Railroad.

The film, created in partnership with Gunn’it Productions, will be shown Thursday, Jan. 16 at the Virginia Museum of History & Culture. The free showing will be followed by a discussion with the unity riders, Williams and Block, and Christy Coleman, departing CEO of the American Civil War Museum, will moderate the discussion. 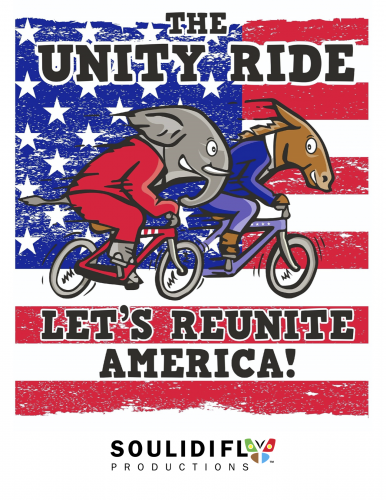 Fulton: An appreciation for history inspired “The Unity Ride.”  Following the path of others that came before us is a way of paying homage to the past and also exploring how that past can shape our future.  The past is full of lessons.  The unity riders made a choice to give their passion for cycling even more meaning by traveling along a route that people were willing to risk everything for – the Underground Railroad.  If that path could help our ancestors to know freedom, perhaps it could help them to find a path forward today?  Of course, filming on the road is unpredictable.  At one point, one of the bicycles was stolen and the whole project was put into jeopardy.  There are no professional actors in this story.  There was no script.  There were injuries.  The footage is authentic and the team was able to capture it.  I’m very proud of them for taking the ride and showing us a way to better days for all.  I was also happy that we were able to recover the stolen bike! 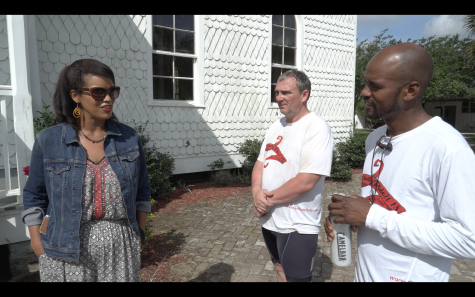 Monty Ross, president of film and production for Soulidifly Productions, pulled the filming and editing together.  He founded 40 Acres and a Mule Filmworks with Spike Lee.  He has over 10 films to his credit as a producer and some as a director.

UV: Where will the film be shown other than the VMHC, and how long do you anticipate its run will be?

Fulton: We have not made plans for the next showing yet.  We have enough material for a series.  We will work with our producer’s rep to figure out what’s next.  We may even stream the Unity Ride from our proprietary Digital Theater at Soulidifly.com.  We want to gauge the reaction from our World Premier on 1/16/2020 and then we will make some decisions about what’s next.

UV: When was the script written, when did filming begin, how long did it take to make the movie and where was it filmed?

UV: What is the film’s budget? Is this the largest budget yet for a Soulidifly film? 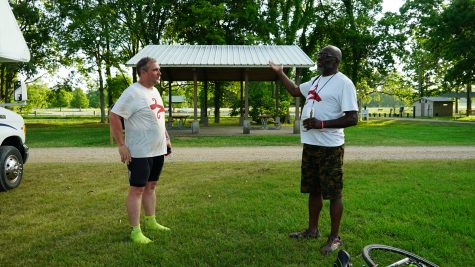 UV: What do you hope audiences’ takeaway will be from the film?

Fulton: I hope viewers will leave the film knowing that we all can live and prosper in the United States.  What “The Unity Ride” teaches is that you can reach out to others by sharing things you love.  Connecting with other human beings does not have to be hard.

I can’t emphasize enough how simple working together can be.  “The Unity Ride” story is really a simple one.  Two guys who shared a passion for riding while often having different political views, decided to do something they both loved.  They went for a ride; a very long ride from New Orleans to Canada with stops along the Underground Railroad.  The two men, one white and one black, became the best of friends.  True friendship and collaboration comes from doing, not talking.  The Unity Riders showed that by doing what they loved . . . together.   “The Unity Ride” is an example of what needs to happen all over the world.

Fulton: Soulidifly exists to produce media that adds to a more complete human narrative.  Too often, women, minorities and people of good will have to tell their stories from a victim lens or through a prism of sorrows.  It is our view that this approach does not deliver the blueprint for success that comes from telling achievement stories that show us the best of who we are.  Our motto is “B’MUSE.”  Soulidifly Productions will make meaningful, uplifting stories that are entertaining and beautifully told – B’MUSE.  We want to remind humanity that when we work together, anything is possible.

UV: How do you describe/define success?

Fulton: Making profitable films that inspire audiences to do something that makes our world better would be one way to define success for us.  I’m a business man and a creative, so profitability and impact would please me.  It would also allow us to keep doing these projects.  We are working hard to produce at least 70 films.  Hitting that mark with quality positive projects is why we 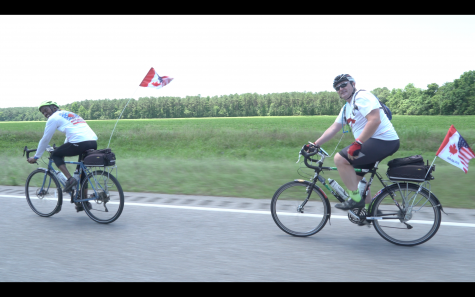 Fulton: “River Runs Red” was our first feature film project.  It appeared in theaters and on demand worldwide in November of 2018.  It’s leading the earnings pack right now for Soulidifly Productions’ films.  The numbers are still coming in from our other projects, so we’ll see which film becomes the fan favorite.  We also have a few films coming out in 2020, so keep an eye on us.

Tech Jobs are truly the jobs of the future