By Ervin B. Clarke 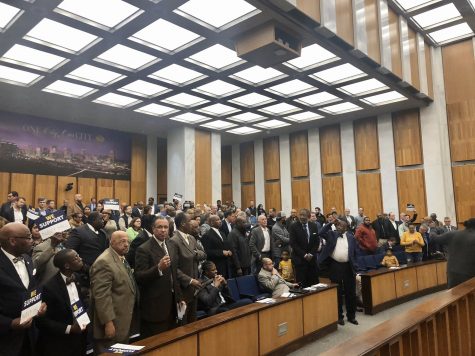 The shuttered Richmond Coliseum sits on valuable downtown land poised to deliver an economic boost to our city, and for the first time provide opportunities for minority businesses to participate significantly in a major downtown project.  A new facility and area redevelopment will create quality jobs for residents and help an array of local business owners who have suffered through cycles of decline similar to those in urban areas across the country.

It is critical that Richmond take advantage of this opportunity, just as other cities have done, to use unique public-private partnerships to finance new sports-entertainment facilities and attract enormous investments to transform adjacent areas into bustling retail, residential and commercial centers that redefine a city or a neighborhood.

One only needs to look north to Washington, D.C. where the construction of Nationals Park on the once-shunned Anacostia River waterfront transformed the District’s Southeast section. It not only created jobs, but vastly improved real estate values, and the ballpark became the hub for a vibrant neighborhood where none existed before it was built.

This scenario can be repeated in Richmond. The proposed $1.5 billion Navy Hill Project that sits before the Richmond City Council can bring 2,500 apartments, a luxury hotel, 260,000 square feet of retail and restaurant space; one million square feet of commercial and office space; $10 million in renovations of the Blues Armory building; and a GRTC Transit System bus transfer station.  The additional apartments will make downtown Richmond a desired destination, and, in turn, attract the kind of small businesses needed to support those new downtown residents from dry cleaning and restaurants to grocery stores, pharmacies and other establishments.

The Central Virginia African American Chamber of Commerce (CVAACC) has enthusiastically endorsed this project because the Navy Hill developers have promised to “maximize the capacity” of minority business owners.   CVAACC recognizes that the project will complement much of the building and growth underway in downtown Richmond, and pave the way for minority businesses to play a critical role in downtown development.

Initiatives in place through Richmond’s Office of Minority Business Development (OMBD) convinced CVAACC board members to support the Navy Hill project, which promises to provide $300 million in contracts to minority-owned businesses.  Clearly, the project aligns with CVAACCs’ mission, which seeks to strengthen business development and growth in the African American community. The decision to endorse the project came after thoughtful discussions.

On Nov. 7, 2019, the Chamber hosted an informational meeting that was attended by representatives of OMBD and Navy Hill. Michael Hopkins, coordinator of the city’s Minority Business Enterprise office, delivered an impressive presentation outlining the potential roles for minority businesses in the project. Hopkins acknowledged the barriers that prevented minority businesses from participating in city-related contracts in the past.

Further, Hopkins pledged to help minority businesses access resources to mitigate concerns with bonding, insurance, financing and banking, and licensing.  He also noted that “$300 million is planned to be spent with MBEs across professional services, construction, suppliers, vendors, wholesalers and retailers over a five-year period.”  Many CVAACC members are proficient in those areas, and look forward to new opportunities.  What’s clear is that this project has the potential to help businesses and boost many aspects of the minority community.

To show their commitment to engage minority businesses, Hopkins said that working together, OMBD, the Metropolitan Business League and CVAACC will establish a database of local, regional and national minority businesses.  The list of professional services, construction firms, suppliers, vendors and others across all business sectors will match the various scopes of skills needed for the project. The matrix will be categorized by Capital City Partners, the firm responsible for conceptualizing, financing, designing and managing the redevelopment project. The matrix will be used to identify opportunities for minority businesses and increase participation, track outreach, document results and house monthly reports.

No major development is without risks. Some contend that the publicly financed $300 million arena jeopardizes our tax dollars. But others, including CVAACC, disagree.  We see the project as an opportunity to further revitalize downtown, and finally give minority businesses the opportunities they deserve to participate in a major development.

(Ervin B. Clarke is Founder & Chairman of the Central Virginia African American Chamber of Commerce, and the Publisher of Urban Views RVA.)