Sign up now for our free weekly email updates.  We’ll give you the good news from our community.
Urban Views
Educators and Parents Deploy Learning Tools During Coronavirus...
COVID – 19 Home education resources
COVID – 19 Home education resources
VIRGINIA SHUTS DOWN: Know the facts from the...
Book, Album and Virtual Visits Breathe Life Into...
Home I'm Just Sayin'Dr. T It’s NOT what I say or Do…”
Dr. TFeaturedI'm Just Sayin' 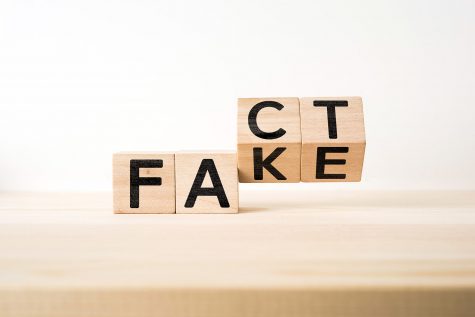 As the saying goes, “Do what I SAY not what I Do!” We have arrived at a time when it’s neither what you say or what you do but “how” you play the GAME. It seems the times when critical discourse based on a series of actual facts, whereby all parties concede that those facts are indeed FACTS are gone. How confused must school children and students everywhere be right now? In this age of “fake news”, “alternative facts,” and blatant false and misleading statements coming out of the mouths of the people we have always encouraged our children and our students to revere and honor in the pursuit of information, citable facts and  unmitigated truth seem to be slipping away from us. Both the children and the world are watching as America’s high moral standards devolve into the battle that has become all about “winning” at ALL costs. No matter what.

Years ago, the false narrative was introduced into the mainstream of social media and mass media markets that there was actually a “war on Christmas.” People pushed and promoted that narrative as an absolute truth. Politicians campaigned on it, people all around the country debated about it, until it was finally acknowledged that the narrative was more of an opinion or a perspective than an absolute truth. When Christmas doesn’t hold the same value or meaning, either as a religious holiday or a secular one, for some people as it does for others, that is not a “war” on the holiday, it’s a choice not to celebrate it. The idea of weaponizing Christmas, so its celebration for the nation became a battleground where some were perceived as “winners” and others as losers, served as a way to fuel the fires of divisiveness and dissension.

Here we stand. We are now at a place where shades of the truth are celebrated and there’s little agreement on why it matters? We must acknowledge that shading the truth instead of telling “the whole truth and nothing but the truth” actually does matter. People who should know better routinely compare “apples and oranges”, all the time making false equivalencies as if there’s no need to look at all the facts. They seem to have forgotten to contrast those facts with other evidence- based materials in order to make a conclusive decision on what is actually true and what is demonstratively false. We have an obligation to teach our children and students that there are facts on one hand and there are opinions and perspectives on the other hand, but what is true cannot be covered up, erased or shaded when a nation is called to be representatives of a certain level of “moral authority” and a beacon of hope and  truth for the entire world.

In America, Truth is supposed to matter! We would not have the amendments to the Constitution of the United States or the Bill of Rights itself if our national conscience hadn’t been pricked by weighing the truth of our nation’s inequality and injustice towards its own citizens. The intentional making right what was demonstratively wrong through the process of amending the U.S. Constitution to be “more perfect” and inclusive of all Americans increased the standing of the United States on the world stage. It also allowed those who had been liberated by the truth that if

“All men were created equal and endowed by their Creator with certain inalienable rights…” that truth included them and elevated them to full citizenship in the grand experiment that is the United States of America. Truth matters.

Right now, America is in great need of the moral courage and truth-telling with an acceptance and recognition of the high calling that has been placed upon us. We the People,  as leaders, legislators, educators, citizens and parents MUST reject the politics of “It’s NOT what we DO or Say…but how we PLAY the Game!”  Because in this moment we need the TRUTH, the whole truth and nothing but the truth! Our children, students – as well as the entire world – are  watching.

Nominate your board member for the 2020 All Everything Honor Roll