When August Wilson’s Tony and Pulitzer Prize-winning drama Fences opened in the November Theatre at Virginia Repertory Center on February 7, it was like coming full circle for its director, Tawnya Pettiford-Wates, Ph.D., also known by Urban Views’ readers as Dr. T.

“August Wilson’s work remains some of the most incredible, historic accounts of   African American culture and history ever written for the stage,” Pettiford-Wates said in a recent telephone interview.  “I went to college at Carnegie Mellon in my undergraduate years and I actually met [Wilson] before he became famous.” (Wilson was born in Pittsburgh, where Carnegie Mellon University is located.) 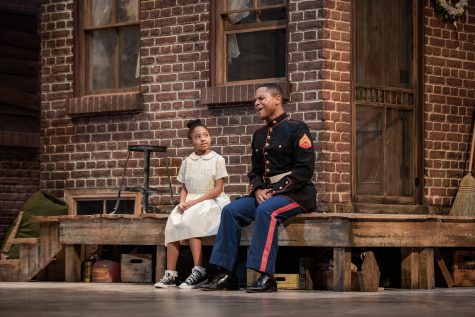 Back then, Pettiford-Wates was among a group of students who would sometimes read the struggling writer’s plays for him so that he could hear his characters out loud. Years later, before his death, she was able to reconnect with the now famous playwright while they were both living in Seattle.

Besides their personal acquaintance, Pettiford-Wates has another connection to Wilson’s work.

Fences is one of Wilson’s “Century Cycle.” It is a series of 10 plays that are mainly set in Pittsburgh – a city special to Pettiford-Wates because she was born and raised near the area. 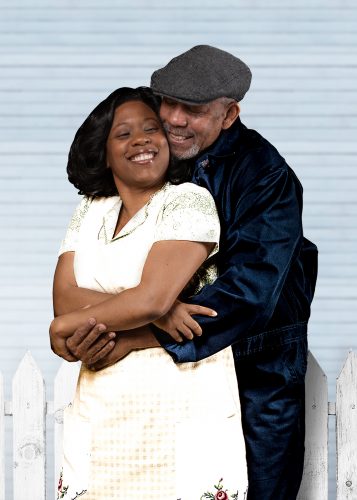 “We are going to bring a little bit of Pittsburgh into the November Theatre,” Pettiford-Wates said. “Artistically, we’re recreating the ambience and feel of being in the Steel City. Our sound design and the costumes of the period will mean that literally the audience will be in the backyard with us.”

Pettiford-Wates also plans to bring something else –a female perspective –to what she describes as “a very male play.”

“The lens through which I look at Fences is very different, I think, than maybe what some of my predecessors would.”

Her first experience with the play years earlier left her a little disappointed with the character of Rose Maxson. Pettiford-Wates believed that Rose should be more centrally located in the play and given more of a voice.

“I feel like in our production, people will know how important Rose is, not only to the story, but to all the characters in the story.” 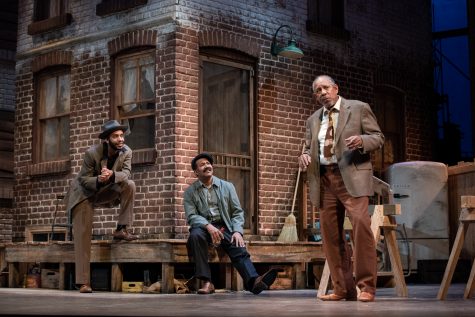 As the director, there have been challenges bringing this rendition to the stage.

“Time is always a challenge,” Pettiford-Wates said. “But also working with the young people on the design end, as well as within the company, means helping them to really make the history come alive and be relevant.”

As an example, Pettiford-Wates points to Lorraine Hansberry, the writer and playwright who was the first African American author to have a play performed on Broadway. Pettiford-Wates says Hansberry elevated African American culture and community when A Raisin in the Sun premiered on Broadway. That play, which Pettiford-Wates has also directed for Virginia Repertory, forced audiences to see that black people didn’t just sing and dance. They had families who  faced the same concerns that anyone else’s family faced.

“[Hansberry] opened that door, and August Wilson walked right through it,” she continued.  Fences is a play where these people are in their element, in their community and the audience is able to witness that real life on stage.”

It’s a real life that is often messy. “Fences” covers a number of themes – masculinity, commitment, mortality, betrayal, and the legacies that, hopefully, endure. When Wilson writes about everyday life, they are often put into the context of baseball.

“Baseball is a long game and African American people have had a long history with baseball,” Pettiford-Wates explains. “The so-called ‘American pastime’ was ushered into a whole new era when Jackie Robinson broke the color barrier in baseball. It was like he shattered other things at the same time and I think the play helps to illuminate all of that as well.”

In a play with so much to say, Pettiford-Wates hopes audiences walk away seeing that, despite the conflicts and a flawed main character, there is still love and the ability to triumph over tragedy.

“Hopefully everyone will enjoy it,” Pettiford-Wates said. “[Wilson] is a great storyteller, no question about that. The story is fabulous.”

As for what she will take away?

“It’s always rewarding to work from a black aesthetic – with an incredible script and an incredible group of black artists,” Pettiford-Wates said. “That is an incredible experience every time I do it.”