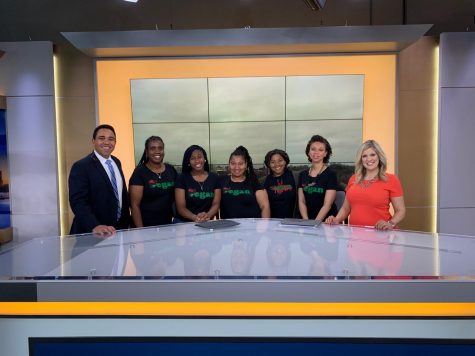 Jay-Z, Beyonce, Serena Williams and members of the Wu Tang Clan are among numerous celebrities and entertainers who consider themselves vegans or have embraced and invested in plant-based diets. Vegans do not eat anything that comes from animals.

In 2016, the Pew Research Center reported that 8 percent of African American adults identified as vegans, and a recent Gallup poll shows that whites reported eating 10 percent less meat in the past 12 months compared to people of color eating 31 percent less meat, according to a Jan. 20 Washington Post article.

The growing interest in plant-based diets among African Americans has not been lost on a group of Richmond-area women. Vonettia Calloway became a vegan one year ago after encountering a group of women during a vitamin demonstration at a local warehouse club. At the time, Calloway’s son had undergone a dental procedure and it was a challenge to find food that he could easily chew.

After discussing the benefits of a plant-based diet, the women continued their conversations in follow-up meetings that helped to educate others about the benefits of better health by adopting meatless meals.

“We’re educating them to empower them,” says Calloway. “African Americans come from a plant-based ancestry. Soul food is not an excuse” to eschew healthier meals.

While more African Americans are embracing plant-based diets, Calloway says that many still are reluctant to change lifelong eating habits.

“A lot of it is what we don’t know,” she says. “During the Black Vegan Experience, attendees will learn how to approach a vegan lifestyle.” Along with cooking demonstrations, there will be advice on budgeting and shopping for vegan diets.

Calloway, a special education teacher in Chesterfield County, believes that the event will be especially helpful for African American women in that “we are number one for heart disease, stroke and diabetes,” she says. “If we don’t have serious conversations, we will have a lot of motherless homes.”

Actress and vegan food vlogger Tabitha Brown, along with Dr. Milton Mills, who appeared in the film, “What the Health,” are just some of the special guests who are scheduled to speak during the daylong event.

Brown, who grew up in Eden, North Carolina and now lives in Los Angeles, captured the hearts of many when she posted a video of herself eating a “TLTA” at a Whole Foods Market” about two years ago. The sandwich is a vegan BLT with tempeh bacon, tomato, lettuce and avocado.

The video went viral, which enabled Brown to become a vegan brand ambassador for Whole Foods and other retailers.

“I’ve been one of her supporters since three years ago,” says Calloway. “I sent her an email inviting her to The Black Vegan Experience and she agreed to come.”

Calloway says that she hopes at least 6,000 people will attend the event that is designed to “engender change,” meaning that it’s not simply up to her team of organizers to lead the fast- 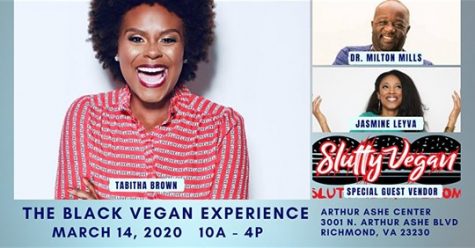 “Anybody can do the same,” to produce similar events, says Calloway. “Attendees will leave with a tool kit of how to spread the word about plant-based diets and veganism.”

Women’s History Month: Celebrating Women Who Are Anything But History