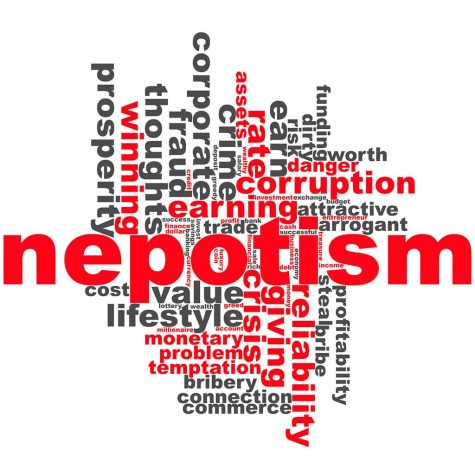 America is reckoning with what is arguably the most challenging time in modern American history. It is certainly one that most of us have never faced in our lifetime. The enemy we are facing as a nation is relentless, massive, deadly and inescapable. ALL Americans, along with the rest of the world’s population, are feeling the consequences of this global deadly pandemic. And yet, at a time when we should be marshalling all of our collective efforts in a unified fashion to identify and contain the spread of this deadly virus, and consolidate our efforts towards the most infected regions of the country in order to supply needed aid and resources, we are falling short. Our national response has been a patchwork effort when, in order to attend to the sick and the dying, we must muster the American “exceptionalism” touted by patriots, critics and pundits alike and fight our common enemy. But instead our “united effort” is sorely lacking.

At this prescient moment in history, America has lost its footing as the shining light upon the hill, the beacon of hope for the hopeless and the nation that can offer steady, informed and forward leaning leadership to the rest of the world. We are being swallowed up by a lack of competent leadership at the very highest places in our government.  America and its citizens have been left pleading for help from the rest of the world as our nation is divided up into factions that seem to be at cross purposes with conflicting beliefs, desperate actions, and a mountain of misinformation.

In the midst of the staggering incompetence and void of clear and level-headed leadership we are encountering in our nation’s capital, we are also experiencing perhaps a bigger disaster. Whereas we need the courage of an informed, intelligent and prepared leader, in addition to a strategic massive military-like response to the formidable enemy we face. Who instead is tasked with the awesome responsibility to manage the urgency of the moment and command the logistics of moving resources to meet, not only the life and death circumstances of the enemy we face, but the oncoming tide and magnitude that that enemy embodies, and the calamity it is threatening to bring down upon us? Is it our “best generals” and or seasoned and experienced experts and strategists? No. Is it those who have faced national disasters and war-like epidemics before? No.

The one chosen for the task at hand has absolutely no qualifications for the assignment he has been given. He has no experience whatsoever to offer us as to how to mitigate this seismic and calamitous moment in human history. None. He was chosen mainly for two reasons. First, because he was born rich, white ,privileged and male, and second because he’s married to the president’s daughter. This is where we find ourselves at this perilous moment. We are at the intersection where incompetence meets nepotism and the circumstances are dire. Based in arrogance and an overblown perception of their own abilities without any actual knowledge or expertise in the area(s) of which they speak, the president and his son-in-law are gambling with hundreds of thousands of lives.

Our president arrogantly continues to play with the destiny of the American people while he deals from a hand steeped in cronyism and nepotism that is informed by a type of “magical thinking” laced with a vindictive and punitive spite when he is called to account for or take responsibility for anything.  Never before in modern presidential history has this characterization been displayed

with such grandiosity and reality-TV like stage craft, slathered in self-aggrandizement and a lack of compassion from an American President. It is frightening.

We the People better recognize that our help is not coming from who we put in the White House. We best look to our state and local government, and the great entrepreneurial and independent spirit of ingenuity and generosity in the American people to come to our aid, to help lift us up. Because when incompetence meets nepotism, the result is a disaster with exponential consequences. Stop believing that just because someone has a title, holds an office, or stands in front of a podium with cameras rolling that they know what they’re talking about!

There are those who stand on solid ground, while others stand on sinking sand. Don’t let them sink you.