Sign up now for our free weekly email updates.  We’ll give you the good news from our community.
Urban Views
Practical Tips for Caregivers Facing a Pandemic
First Responders Behind The Wall
Helping veterans and active duty military cope with...
Latika Lee’s literary lounge builds virtual community and...
A New free Online Site to Encourage and...
Home I'm Just Sayin'Dr. T Give Me Liberty or Give Me Death?
Dr. TFeaturedI'm Just Sayin'

Give Me Liberty or Give Me Death? 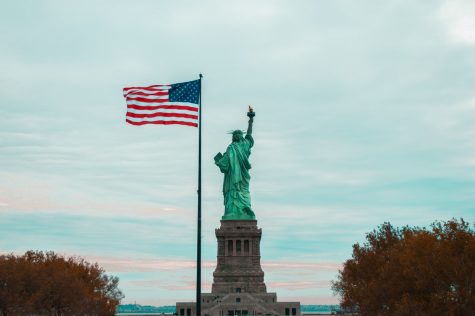 The historic St John’s Church on Church Hill in Richmond is where Patrick Henry, one of the “founding fathers,” and a former Governor of the Commonwealth of Virginia gave voice to that resounding declaration. “Give me liberty or give me death…” are the words spoken by Henry to the 2nd Virginia Convention on March 23, 1775 in the sanctuary of St John’s Church. Henry was a member of the Anti-Administration party, a small factious group who were opposed to the policies of President George Washington. These anti-Federalists were staunchly resistant to forming a stronger U.S. federal government, and later opposed the ratification of the 1787 Constitution. These were the “States Rights” folks who feared giving power to the federal government to determine what laws and policies states were bound to obey.

The great “experiment” that is the United States of America has since proven to be (arguably) an extremely successful one. Until very recently, the USA had been touted, without question, as the richest, most powerful democracy in the world. The United States has, for decades, held a position on the world stage as the leaders and standard bearers of freedom, justice, liberty and democracy. Today, as a nation, we are in a very different place.  We are in a global pandemic that has killed and sickened hundreds of thousands of people worldwide. The public health crisis has not only taken lives, it has also plunged the entire world into an economic crisis.

The numbers are historic, especially for the United States of America. The U.S. has more reported cases of Covid-19 than the next four nations of Spain, Italy, Germany, and the United Kingdom combined. And, we have lost over 40,000 American lives to this deadly virus. In an effort to save lives, the individual state governments have ordered people to stay at home and have shut down all but essential businesses and services. This leadership has come primarily from the leadership, of both state and municipal governments and NOT from the federal government in Washington.

Now, in the face of grotesquely obscene numbers of people dead and dying, there are those “States Rights” and “personal freedoms” protesters out in the streets proclaiming their “give me liberty or give me death” rights!  The problem with these modern day “anti-federalists” is that the government they are protesting is NOT the federal government but the very state governments that on one hand they claim and on the other hand they disavow, depending on the politics of the moment.

The FACTS are that the coronavirus is a highly communicative and infectious virus that is easily passed from human to human even when people are exhibiting no actual symptoms of being sick. FACT: This deadly disease is disproportionally infecting and killing black and brown people at alarming rates. African Americans and Latinx people are dying at a 4 to 1 ratio and at a 60% rate when they are only 31% or 17% of the actual population. The FACT is that the high rates of poverty, lack of adequate healthcare, and the generational wealth gap all add to the disproportionate morbidity rates is only a part of the story. The FACT is that large percentages of black and brown people also work in the low wage sector of our communities. They are on the frontlines as

essential workers like migrant farm workers, grocery store clerks, delivery drivers, mass transit workers, mail carriers, janitorial staff and garbage collection workers. All of this contributes to the thousands of people of color who are bearing the brunt of this disease and its fatal consequences.

The FACT that most of the “give me liberty or give me death” protestors are white, MAGA hat wearing, gun-toting, confederate flag waving Americans cannot be ignored. These activists feel empowered by the politics of the moment and they must also feel invincible to the Coronavirus itself because of its disproportionate effects on racial groups that do not look like them. They are willing to ignore the FACT that the Covid-19 virus kills people regardless of race, class, ethnicity, nationality, religion or political affiliation. It doesn’t discriminate! Yeah you have the right to choose Death over the Mandate to STAY Home if that’s what you want to do, but you DO NOT have the right to Kill the rest of US!