Sign up now for our free weekly email updates.  We’ll give you the good news from our community.
Urban Views
Richmonder picks Duke’s master’s program over Stanford, others
2020 graduates tag memories while touching hearts
As COVID-19 Phase 3 Vaccine Studies Begin, We...
Financial guru offers tips for fiscal health during...
The Impact of COVID-19 in Our Community: Let’s...
Home WritersDebora Timms ‘They’re Not Just Numbers, They Are Our Children’
Debora TimmsFeaturedFeatured News

‘They’re Not Just Numbers, They Are Our Children’ 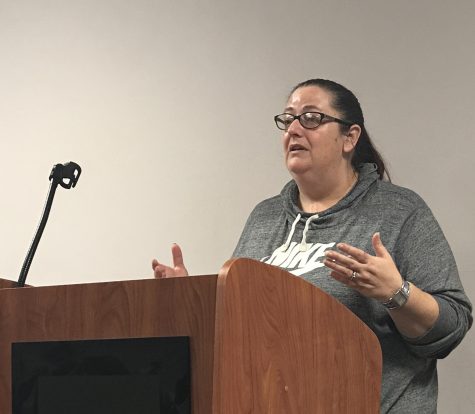 Tracey Bowles’ 12-year-old son has been diagnosed with autism, oppositional defiance disorder (ODD) and attention-deficit hyperactivity disorder (ADHD). Bowles spent months last year fighting with insurance companies to keep her son in the Civitas program that was successful in managing her son’s disorders.  Much of her battle was the result of Civitas no longer being a provider under her insurance network.

Bowles was one of several parents who shared their stories at a Caliber Virginia meeting that took place in January at Civitas Health Services’ Raymond Paige Youth Center.

In hosting “Telling Their Stories: Medicaid Clients’ Struggles With Access, Disparities” two months ago, Caliber’s clients gave voice to recent changes to Virginia’s healthcare services that have impacted their ability to receive services as they battle addiction, behavioral and mental health issues.

During the videotaped session, Bowles was filled with emotion as she spoke. Standing at the lectern, her voice often cracked, and she struggled to contain her tears as she described how much she loves her son despite his challenges.

“It’s unfair to treat him, and other children like him, as just a number in the system rather than as an individual with special needs,” Bowles said. “I understand, I do.  It’s not about the numbers, it’s not – because the numbers are actually kids.”

Making it about the kids is something that Civitas CEO and founder LeMar Bowers expressed by sharing his personal story about Raymond Paige, the young man for whom his youth center is named. 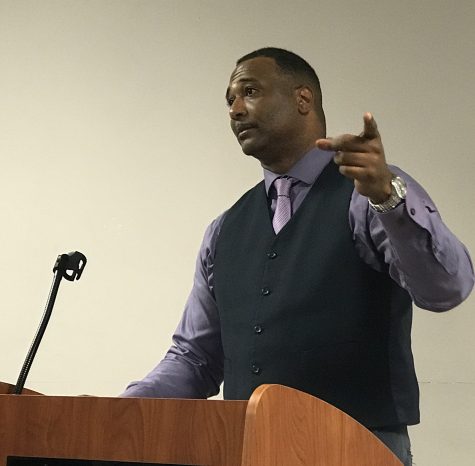 Bowers said his former client was trying to turn his life around and was studying to earn his GED, but the 18-year-old Paige was murdered on the streets of Richmond in March 2006.

“The system was not quite set up the way that it needed to be to prevent something bad from happening,” Bowers said. “That’s the reason his name is on this building – to remind us of what we’re trying to do.”

Another mother, Wilnette Sublett of Chesterfield County, also shared her story of the mental health journey she has taken from insurance through to Medicaid with her daughter.

In a recent telephone interview, Sublett elaborated on how her daughter, who has bipolar disorder, ODD and depression, has made several suicide attempts. She is grateful that their provider at Life Lessons allowed them to continue receiving services.

After an accident led to Sublett losing her job and her private insurance, she discovered that Medicaid was not paying the full amount to the provider they had been using since September 2015, and were questioning both her daughter’s need for treatment and its effectiveness.

“I thank God that Life Lesson’s staff were always there in crisis moments. They never let her go without care even when they weren’t receiving full payments,” Sublett said. “You can’t put a price on that.” 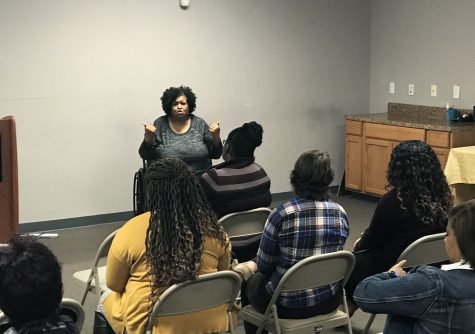 Sublett sees the fact that insurance could have rejected her daughter’s current provider, or that the provider might have chosen to end her treatment because they were not getting the maximum payments, as troubling. She added that continuum of care, especially for children and their designated caretakers, is crucial in achieving favorable outcomes that allow them to transition effectively to independent, productive and healthier stages of adulthood.

As Sublett sees it, the rules and policies that govern the mental health care system need to be strong, but still fluid enough so that they don’t exclude people from the care that they need, or providers who are qualified from working within a system already short-staffed, especially minority providers.

Virginia, like many other states, was already suffering from a shortage of qualified mental health care providers, particularly in low-income and rural communities, says Parker. According to a 2016 report issued by the Health Resources and Services Administration (HRSA), worker shortages were already identified as a key challenge for meeting nationwide demand for behavioral health services where one in five adults experiences a mental health condition each year, and more than 19 million Americans struggle with substance use disorders.

Then Virginia expanded Medicaid at the beginning of 2019, and some 400,000 people were estimated to be newly Medicaid eligible. The DMAS website reports more than 380,000 adults have newly enrolled in Medicaid as of March 1. The impact on children in the Commonwealth is high with nearly one third of those new enrollments being parents. Add to that the current opioid

epidemic, and it is clear that demand for services by people battling addiction, mental health and other serious health issues has naturally increased.

This is why Parker and other Caliber members filed a lawsuit last year and continues to struggle with the decision by DMAS and managed care organizations to terminate the contracts of about 50 small, private behavioral health care providers. Parker believes the terminations have affected clients significantly and appear to have had a greater impact on provider organizations that are owned and operated by women and minorities.

Despite Caliber’s decision to not pursue the lawsuit four months after it was filed, the organization plans to continue advocating for its members and educate legislators and policy makers about ways to improve systems, while also helping clients and the wider public understand how to access care and advocate for themselves and their loved ones.

“Many times when we talk about people living in poverty and with mental health issues, we cast aspersions on them rather than enabling them to speak out,” Parker says.

This leaves many people feeling like they have no choice but to accept what is being given to them, even if it might be inadequate to their needs. Parker believes that fear, lack of confidence or time constraints often prevent people from seeking services in which they may be eligible.

Advocacy can be hard for a lot of people, agrees Sublett. Mental illness does not present a single face or exist in only one socioeconomic area, race, culture, age or gender, and it is important for people to know that help will be there when they need it.

“Right now, you have to be an advocate, but it is daunting, intimidating and frustrating,” Sublett said. “It can become extremely disheartening.”

She believes that fluidity in the laws can help ensure that everyone can get the help that they need, especially children and those who are unable to effectively advocate for themselves.

“Mental health struggles are like walking a tightrope,” Sublett says in the video. “You need to have enough support and strength to carry your loved one if they fall.”

The January program, “Telling Their Stories,” was just one step in Caliber Virginia’s plans to continue being heard and pressing for change. It provided clients with a way to share their struggles and members with a reminder of why they are fighting.

“We’re on the front lines and sometimes you get caught up in the day-to-day of survival,” Parker said. “We wanted to give members a reminder that the work we do is literally changing lives. The program really helped us to feel mobilized and energized.”

This feeling was one that Caliber members took with them to the General Assembly throughout the recently adjourned session. For several days, Caliber members met and spoke with bipartisan legislators who have been supportive of enacting changes to improve mental and behavioral health services in the Commonwealth.

Parker said he is encouraged by budgeting amendments that will allow representatives from Caliber or small, private-owned providers to serve on an advisory panel with DMAS.

“If everyone comes to the table together, then they can understand how important it is that the system not be something that is just forced upon us,” Parker said.

He adds that it is important to empower more small providers and encourage them to sit at the table and participate in legislative discussions, which allows for more accountability on both sides.

“It would be my dream to have recipients of services, many of whom are low-income and receive Medicaid, speak directly to members of the General Assembly about their needs and the effect of receiving and not receiving services,” Parker said. “This is really the most effective way because giving [mental health] a face and making it about people is what makes issues real and relatable.”

3 Things to Know About Asthma